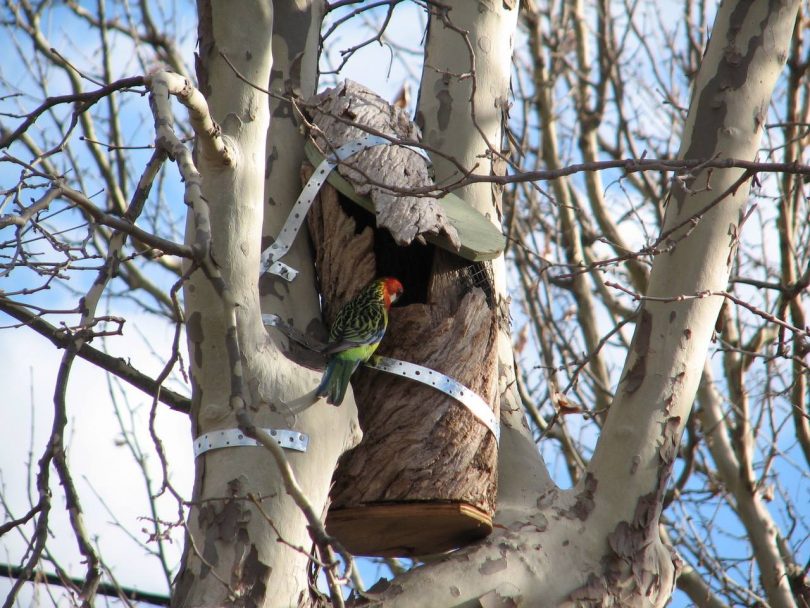 A network of community conservationists in Goulburn are banding together to discourage pest species and encourage biodiversity and native species such as eastern and crimson rosellas. Photo: Mhairi Fraser.

Bushfires, the global COVID-19 pandemic, intense storms, floods and a mouse plague are testing the resilience in the Goulburn region.

A local conservationist warns much of the remnant bushland around Goulburn has been cleared for farms and homes, and the little patch left and the wildlife sheltering there are more vulnerable than ever.

Interest in Goulburn’s natural environment and biodiversity has never been stronger. Local groups are discouraging pest species such as mice and common myna birds, while encouraging spiders and rosellas.

A patchwork of gardens, nature strips and community spaces form wildlife refuges for birds, bees, skinks, blue-tongue lizards, and a huge array of insects that are crucial to the wildlife food chain.

The network is at the centre of The Goulburn Group’s Backyard Biodiversity Interest Group (BBIG). Spokesperson Mhairi Fraser says since 2016 local people have been sharing their knowledge to enhance their backyards for wildlife.

“BBIG attracted a lot of interest from people in Goulburn city and villages, including Windellama, Marulan and Tallong,” says Mhairi. “Meetings are held in people’s homes so we can look at what members have done in their gardens.

“We get so many ideas, such as the placement of rocks, hollows and ponds for insects, frogs and reptiles to live and hide in; tree-hollow-making workshops for native birds; ideas on how to keep starlings and common mynas out; and ways to bait mice that involve water and peanut butter, not poisons, so birdlife is protected.” 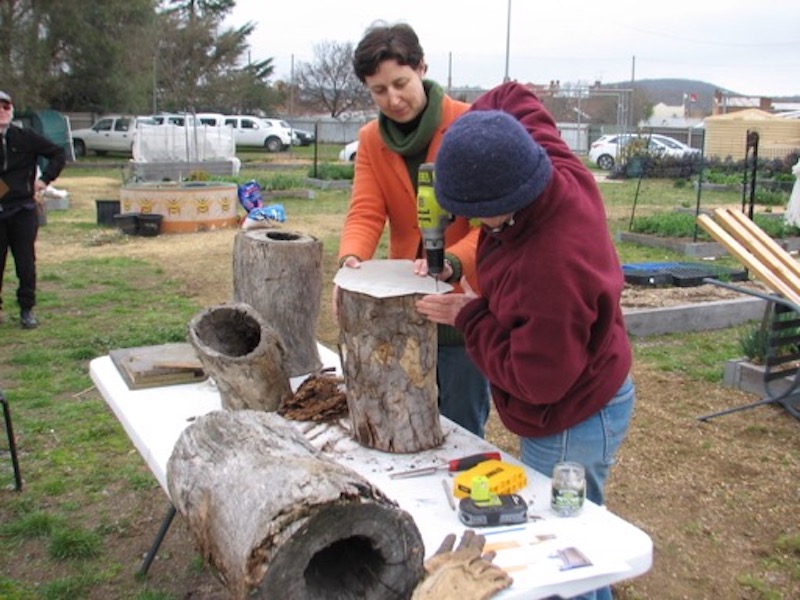 In his spare time, WIRES rescuer Ben Shoard – aka ‘the snake and spider guy’ – hosts Facebook page ‘Goulburn Region Spider Seekers’. He uses one word to describe the world without spiders: mosquitoes.

He shows the biodiversity group how to relocate spiders safely from the house to the garden and dispels myths about spiders being dangerous.

Heather Caulfield inspires people with her talk on micro-bats’ work at the Bat Rehabilitation Centre at Windellama.

Habitat destruction is a huge threat to wildlife, a point Goulburn Field Naturalist Society president Frank Antram underlines when small remnant areas of native habitat and wildlife are under pressure from climate change.

“The society has been recording the fauna and flora of many of these remnant areas so there is some baseline data that may be used by government agencies, consultants and scientists to inform development proposals or conservation measures,” he says.

Frank says man-made facilities can also be important refuges for wildlife. The old sewage settlement ponds (maturation ponds) on Gorman Road in Goulburn is a prime example. The Goulburn Field Naturalist Society has advocated since 2016 for these ponds to be made into a reserve in recognition of their importance to wildfowl and other species.

He says 146 different species of bird – 10 of them listed as vulnerable under NSW legislation – have now been recorded at the maturation ponds, and there is increasing interest from birdwatchers and photographers in visiting the site. 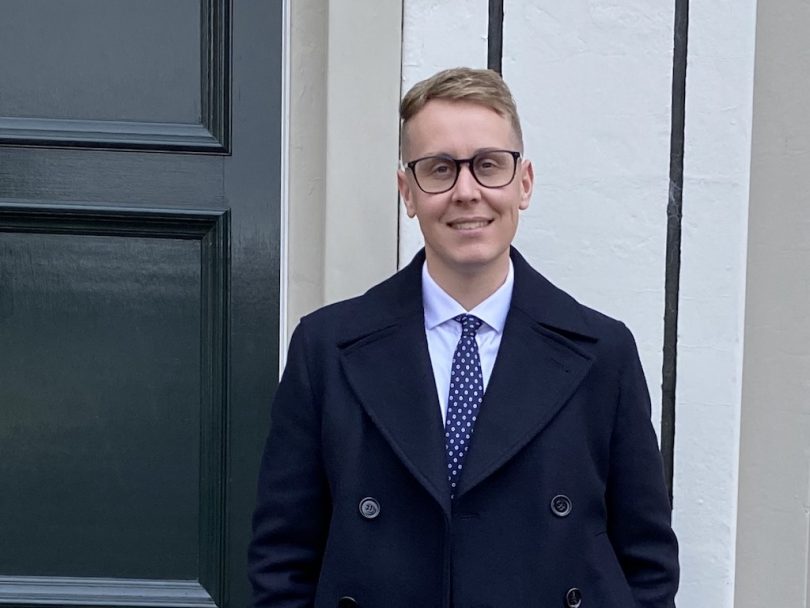 He wants the community to get involved in the latest Sustainability Working Party approved by Goulburn Mulwaree Council. The aim of the working party is to discuss climate change and local biodiversity loss, and develop strategies and options to address the issues.

Mr Rowland hopes the working party will develop a local climate change action plan which will set emission reduction targets for council and help businesses and households do the same.

Given the size of the challenge, Mr Rowland says council wants working party members to be creative, but practical.

“I would encourage anyone with an interest in addressing climate change and biodiversity loss to submit an expression of interest to council,” he says. 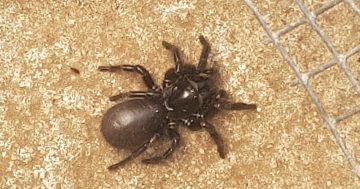