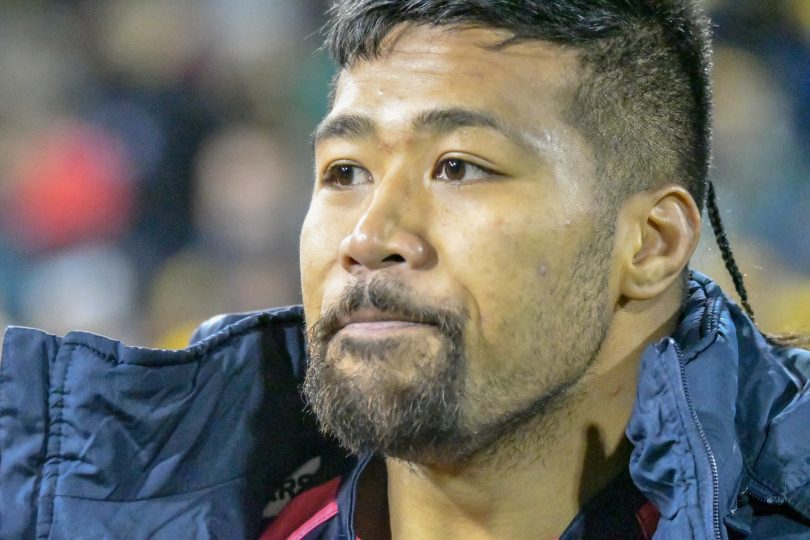 Pasifika Round will allow Folau Fainga’a to pay tribute to his mum and dad who taught him about his Tongan roots. Photo: Jaye Grieshaber – Jayzie Photography.

Folau Fainga’a can still hear the chorus of church hymns and the crackle of the pork roasting on the spit from his childhood spent with his family on Sunday afternoons.

Raised in Sydney with Tongan heritage, Brumbies’ Fainga’a maintains that his traditional upbringing has made him the man and the star hooker that he is today.

To embrace Fainga’a’s heritage alongside other members of the Brumbies squad who have Polynesian heritage, the Brumbies will celebrate their first Pasifika Round with a specially-designed jersey and traditional food stalls around the concourse during their clash against the Reds on Saturday night (15 June).

The jersey was designed by Brumbies Pasifika players, including Fanga’a, who all contributed to the particular patterns of their cultures with symbols which tell the stories of their traditions and heritage.

For the 24-year-old, the round will not only give him a chance to honour his heritage but also pay tribute to his mum and dad who have taught him about his roots.

“Pasifika round is pretty special and important for me and my family. It will be pretty special to wear a jersey that represents every culture,” he shared.

“Especially for guys like Christian [Lealiifano], Scotty [Sio] and Allan [Alaalatoa], who have been here for a while and for them to receive their first Pasifika jersey in this round is very special. It gives us a chance to honour our heritage.” 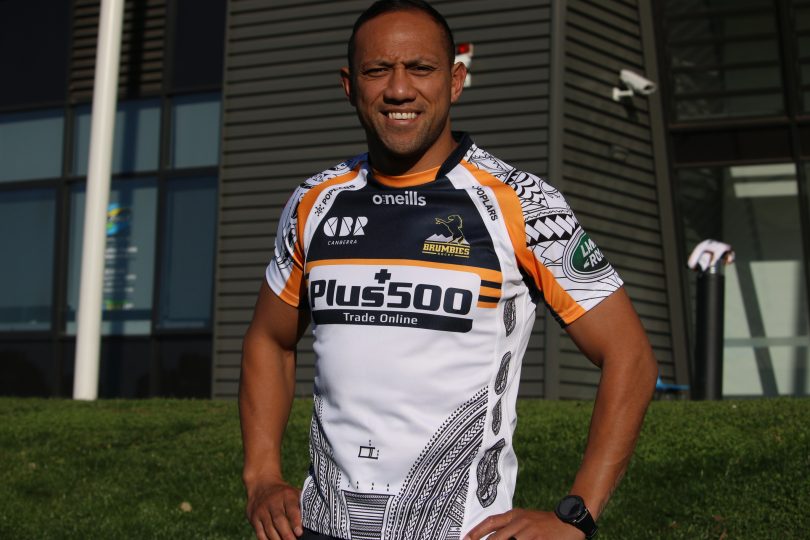 Nearly half of the Brumbies squad have Polynesian background from Samoa, Tonga, Fiji, Niue and the Cook Islands. Photo: Supplied

Despite being born and raised in Sydney and last visiting Tonga when he was 10-years-old, Fangia’a still has vivid childhood memories of the traditional Tongan way of life, especially the traditional Polynesian delicacies.

“When we were younger, Mum and Dad used to take us to church every Sunday and teach us about our background. If it wasn’t for that, I probably wouldn’t be able to speak my language and know anything about my roots.

“We would have cassavas, chop suey, as well as pig on the spit. The food is why we have big bones they say,” he said with a wide grin. “I am just really thankful that my parents taught me about my roots.”

In the meantime, Fainga’a will be focused on scoring another meat pie this season. The hooker has scored eleven tries so far, the most tries scored this season, and is one off the competition record for tries scored by a forward in a season.

If he does help the Brumbies continue their momentum towards finals by crossing the line, expect him to point to his family sitting in the stands.

“My family come to every home game and the games in Sydney but it will be really special seeing them in the stands on Saturday night and see them cheering me on,” he said with a wide smile.

“I don’t look how far I have come, I just take week by week and day by day. I am just excited for every opportunity that I get and just embrace it.

“I am just thinking about putting my best foot forward for the team and getting the result on the weekend.”

Sarah Grainger - 28 minutes ago
Recognise anyone? Jessica Kylie Dee Thomson View
Claudia Elward - 54 minutes ago
These are some of the hardest working people I know. Get behind them, they are honest people who help anyone. View
David Elward - 3 hours ago
Good people, a hard working family. Claudia Elward View
Sport 32

chewy14 - 4 hours ago
Why on earth do you think the government underpaid the previous Mr Fluffy owners? The government could have done nothing and... View
News 11