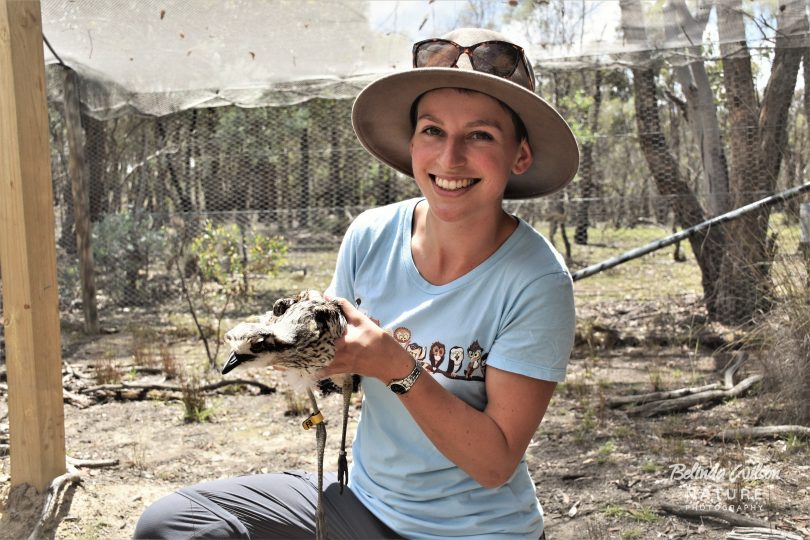 PhD researcher at the ANU Fenner School Shoshana Rapley captured the hearts of the online community when she posted a video of the exact moment a baby bush stone-curlew began to hatch.

Ms Rapley has been working with the bush stone-curlews at North Canberra’s Mulligans Flat Nature Reserve, surveying the breeding population of the native bird which disappeared from the ACT in the 1970s but was brought back to Mulligans Flat in 2014.

I can't believe it!! My camera trap caught the exact moment a baby curlew started to hatch!! AND her first wobbly steps. My heart is so full! Welcome to the world little one, in your safe haven home at @MulligansFlat @MFGO_Exp [cultural warning: curlew footage] pic.twitter.com/yBsRyhqWGk

The video received nearly 35,000 views, but Ms Rapley said she’s just pleased the often underappreciated bird is getting its time in the public eye.

“It’s been really awesome to get the curlews a bit of time in the spotlight. They are an odd bird, so they usually don’t make it in polls like ‘bird of the year’,” she said.

“One of the things which is important for us to know is whether the chicks and eggs are getting eaten and if so, by what? That was the main reason I put the cameras out there, so it was sort of a happy coincidence that I caught some other behaviours going on.

READ ALSO How to bring out the best in your cat, dog … or hippo

“Not a heap is known about their breeding ecology, so anything I can learn is going to be really helpful for the species,” she said.

Ms Rapley says the Mulligans Flat project is considered the most successful reintroduction of the bird.

“We’ve kind of cracked on to some of the tactics we can use here. Now it’s, can we refine that? Can we do that in other places and how can we secure them?

One of those tactics has been putting tiny solar-powered GPS backpacks on the birds to track what activities they are susceptible to throughout their different life stages. What they’ve found is that the birds, particularly in their first few years of life, leave the sanctuary to explore the surrounding region.

This had been hypothesised in a prior study on the bush stone-curlew on the Central Coast where they found that the birds were breeding but the population there wasn’t growing. Researchers suspected that the young ones were leaving home, but had nowhere to go once they left.

Ms Rapley is hopeful that through this finding, they will be able to develop a strategy to reintegrate the bush stone-curlew across Australia.

To continue following her work, follow @shobird on Twitter account, and if you spot one of the birds exploring in the community, reach out to the hotline at curlew.hotline@gmail.com.

It is just lovely. I live in qld and they live in my garden all year round. Love them.

One of the delights of North Queensland, not heard in southern Australia, the call of curlews dancing under the street lights at night. 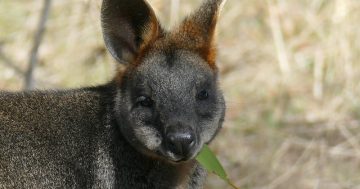 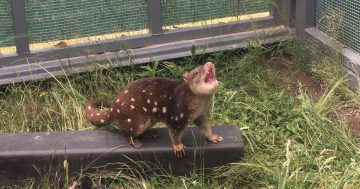 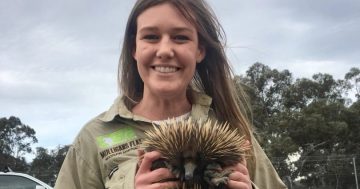 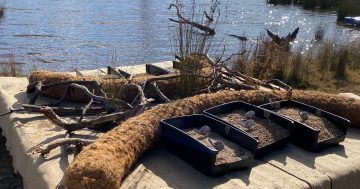 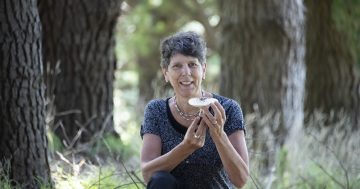