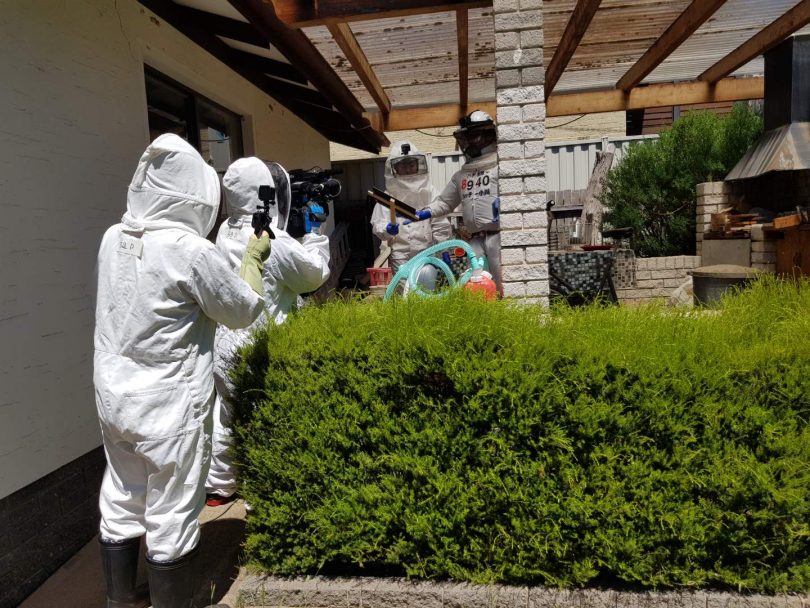 A film crew from Japan documented European wasps in the ACT in 2019. Photo: Supplied, CoreEnviro Solutions.

A loud buzzing noise in the ceiling of a Canberra house a couple of weeks ago resulted in the discovery of a 40 cm European wasp nest and a pest controller in full bee suit attacked by wasps tumbling out of the ceiling cavity.

The wasps had eaten through the ceiling plaster to make their new home on the property.

This scenario of people swarming your home in head-to-toe protective suits is becoming more common with data showing a massive jump in the number of European wasp colonies swarming houses in Canberra.

CoreEnviro Solutions’ senior pest and weed officer Jim Bariesheff, whose company manages the eWasp hotline for the ACT Government, said European wasps have become more active in foraging for food and building material for their nests.

He believed the increase in wasps was partly due to their loss of habitat from the 2019-2020 bushfires, although January is typically when European wasps are most prevalent. 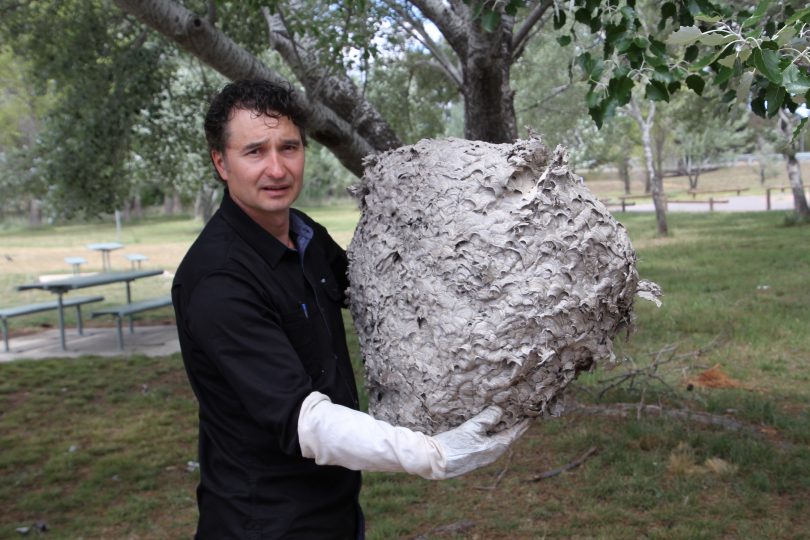 “In just over 6 weeks there has been a big jump in European wasp nest reports going from 50 to 400 in a short period of time,” Mr Bariesheff said.

“The European wasp hotline has been kept busy with reports and people seeking advice with some in the community already noticing increased activity around their properties and public spaces.”

He said this year’s data indicates it is going to be an above-average season with peak wasp season continuing until May.

Nests can contain anywhere between 3000 and 5000 wasps with reports of them being found in wall cavities with several reports of wasps gnawing through plaster and entering homes.

Mr Bariesheff said so far this season, Kambah has had the highest number of European wasp nests with 24 discovered, while Weetangera recorded 17.

He said there were some very clear signs that European wasps had created a nest in our near your home.

“A steady stream of yellow and black wasps entering or leaving a hole in the ground, a small entrance around doors and window frames or activity around the roof of a home are some common signs of where wasps have built their nests,” Mr Bariesheff said.

“European wasps can also nest in conifer trees and in some cases, gardens. When inspecting outdoor areas around the home for wasp sightings keep in mind that in some cases a nest may not be on your property but up to 500 metres away.

“If a nest is located, stay clear of the site, and contact the European wasp hotline for advice,” he said. 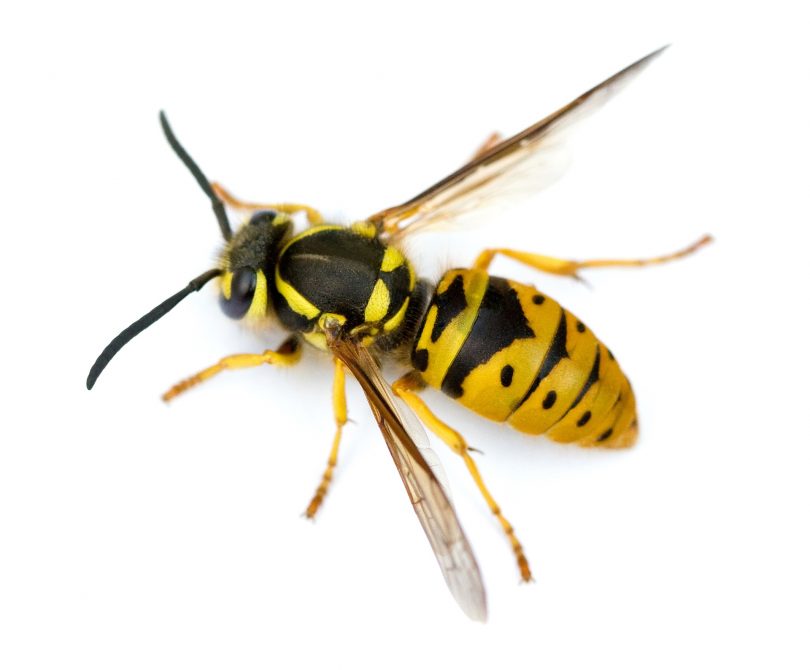 A European wasp has very distinctive markings like this. Photo: File.

European wasps grow to between 12-16 mm in length and are identified by their black-banded abdomen, a pair of black spots on each yellow band and two pairs of clear wings, with one pair larger than the other.

European wasps can sting multiple times and are known to be aggressive. When threatened, European wasps emit alarm pheromones to alert the colony to attack. Unlike bees, wasps can sting more than once, and do not die after stinging. The sting causes a burning pain and swelling. If stings are multiple, a more severe reaction may occur.

If stung, apply a cold pack to reduce pain and swelling and if there is evidence of a more severe reaction, seek immediate medical attention.

If you see a European wasp nest or suspect there is one in your house, contact the eWasp Hotline on 6258 5551, email info@ewasp.com.au or visit the eWasp website.

Sandra … what you were telling me about today 😨

Karin Hill thanks for the link Karen, just called the hotline as buzzing still evident in ceiling, good to get advice ..

Austin keep an eye out! 😕

Jimena Medway these wasps have nothing against Dad

Helen Stafford WHAT DID I TELL YOU

I use a trap which is effective in catching individual wasps and discourages nesting. The trap uses a European wasp attractant made by EnviroSafe mixed with water. Cheap solution, and it doesnt attract good bees.

Same as getting burnt the sting from these buggers😞

Maybe keep Max well away from these Harper, when he eventually comes to visit.😳

Katrina Cahill sounds like I can prank max really easy

Not a very appealing tourist destination. 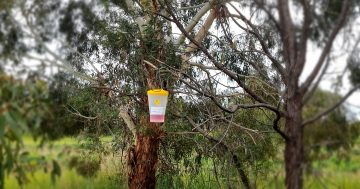