CBR Brave: Success on the smell of an oily rag 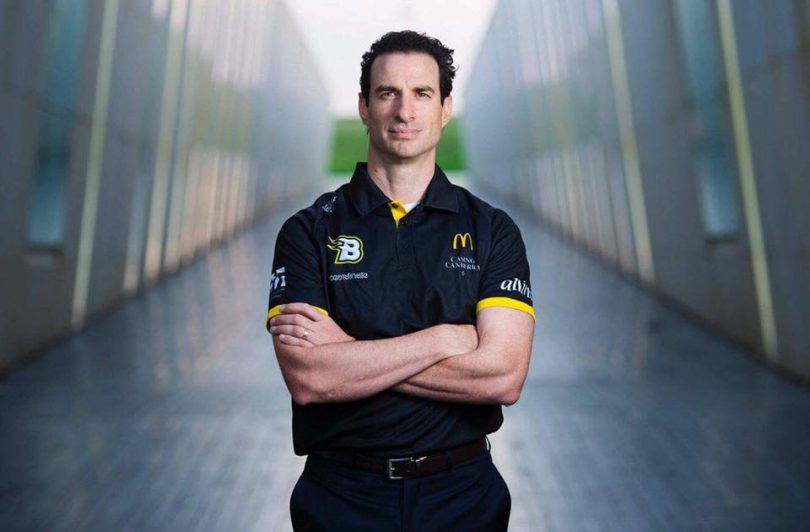 Starke was the guiding, stabilising force behind the Brave’s incredible success this season. Photo: Supplied by CBR Brave.

Canberra Brave coach Rob Starke is a lawyer by day and a damn good ice hockey coach in his spare time!

Starke was the guiding, stabilising force behind the Brave’s incredible success this season; the side claiming the Australian Ice Hockey League’s Goodall Cup for the first time and winning 24 games out of 28 in the regular season.

Prior to becoming coach of the Brave two years ago, Starke was a star player with Newcastle, winning four titles as a player, after moving to Australia 14 years ago as an import.

It is also worth noting that he doesn’t get paid to coach the Brave in the AHL.

I highlight Rob Starke’s contribution because it is one of many memorable back-stories involving the Canberra team.

None of the players are paid. The five imports that played this season, receive housing and living expenses and front up to every game and every training run for the sheer pleasure of playing ice hockey in a different part of the world.

The average expense of running the team in the national league is between $300,000 – $400,000 with the funding secured through sponsorships, the ACT Government’s national league program, and ticketing.

This year, despite winning the title and playing in front of sell-out crowds at Philip at every home game, the Brave made a loss financially.

The Brave is one of four privately owned teams in the eight-sided competition. The directors effectively bankroll any shortfall in funds.

Advertising guru Warren Apps is one of the co-directors. He says the aim is to make the Brave genuinely sustainable, learning from the lessons of the past when the Canberra Knights folded.

But it’s not easy keeping costs down when a fair portion is taken with the expense of travel. For instance, it cost 20,000 dollars to take the Canberra team to Perth for the double-header clash. There is also the cost of hiring the venue at Philip, not just for games but also for training.

So as we celebrate the success of the Canberra Brave in winning the AHL title for the first time, it is also worth acknowledging the team behind the team and the volunteer effort that has put the side on the rink each weekend.

Without this backroom team, there would be no Canberra Brave to celebrate.

Ashley Latimer - 27 seconds ago
Jay Annabel yeah, that's because locking down stops viruses from spreading. View
Ashley Latimer - 4 minutes ago
Peter Higgins you understand how those diseases are different from a strain of covid, right? View
Jay Annabel - 58 minutes ago
Ajay Cee ...... a drastically reduced number in 2020 because of covid lockdowns. View
News 122

Lyn Kemp - 4 minutes ago
Goodbye Zed, hopefully. You've done absolutely NOTHING for the ACT 😖😖 View
Capital Retro - 3 hours ago
"Climate change, gender equity, citizenship, refugee policy, economic and cultural renewal, and a First Nations Voice to Parl... View
Shane Carter - 4 hours ago
Who-da-thunk-it, the man who’s voted against the ACT having self governance. His seat under threat from the ACT calling him... View
News 2

chewy14 - 46 minutes ago
"A responsible and competent government would" Well there's your first problem. They haven't been forthcoming with robust bus... View
michael quirk - 2 hours ago
The government has yet to provide evidence to justify the light rail extension, the viability of which is tenuous given incre... View
News 1

Capital Retro - 1 hour ago
The next step is to equip the ravens with lasers. Death to all drones!... View
Community 6

Cary Elliot Johnson - 5 hours ago
No, we aren't becoming more complacent, we are becoming more like the rest of the world..... Covid bearing. View
John Currie - 9 hours ago
Wow. The only thing I notice about lockdown is I can’t get a haircut. Otherwise there are no more or less signs of life tha... View
Nada Krstin - 11 hours ago
Margaret Freemantle thank you for replying - so awful - again, please accept condolences to you and all her family View
Lifestyle 4

@The_RiotACT @The_RiotACT
A plastic surgery clinic and medical centres are among new exposure sites, and Calvary has confirmed a fully vaccinated aged-care staff member has tested positive https://t.co/RE8RHLqgTF (41 minutes ago)