The dead, white male view of history lives with naming of third seat 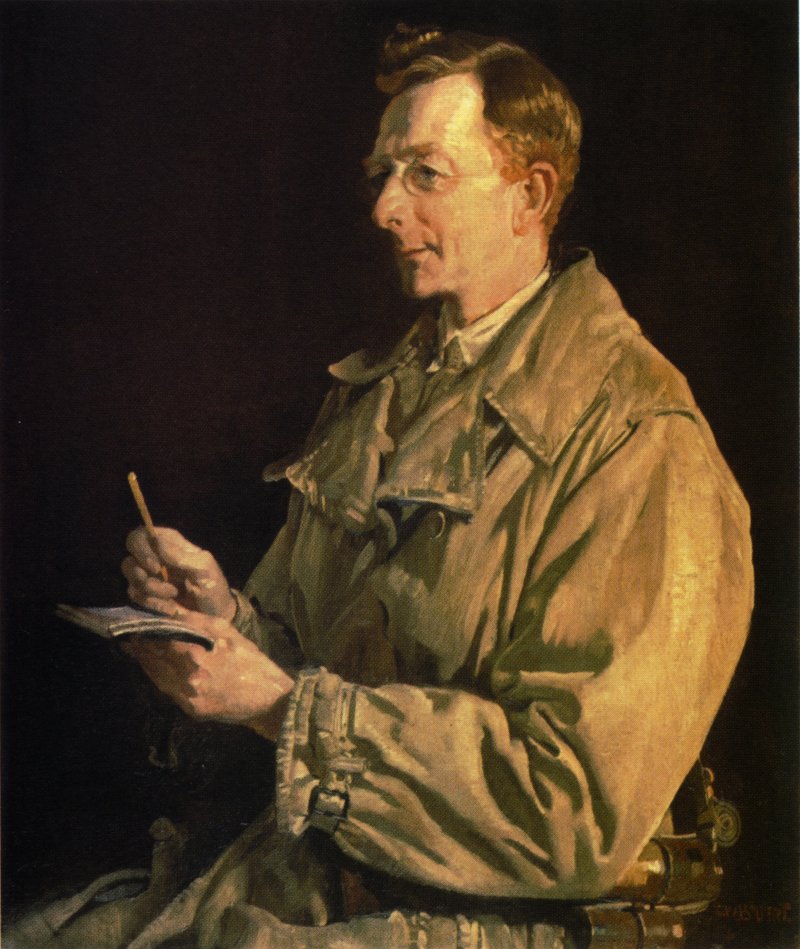 Charles Bean. The Australian War Memorial is his legacy, let’s find another name for the new seat.

It looks like I’ll be voting, and soon too, in the new Federal electorate of Bean. But like many, I just can’t get excited about the name.

The Member for Bean just doesn’t resonate, and sorry Brendan the only image it conjures is of Mr Bean, not the World War 1 correspondent and historian Charles Bean, seen as instrumental to the establishment of the Australian War Memorial, which is across the lake in Campbell by the way.

It’s been a while since the Australian Electoral Commission’s announcement of the result of its redistribution in the ACT that rightly restored a third seat and offered up the name of Bean, over Aboriginal activist Ngingali Cullen and the first Member for the ACT, Dr Lewis Windermere Nott.

And the objections to the name have rolled in, most notably from Labor Eden-Monaro MP and former soldier Mike Kelly, with a strong counter-attack mounted by AWM Director Dr Brendan Nelson backed by several divisions of facts, quotes and anecdotes.

It seems Bean was an anti-Semite, like many at the time apparently, and plotted against General Sir John Monash, who, as is the nature of Australia’s obsession with national myth-making when it comes to military matters, won the war.

Nelson says he was simply a man of his time and eventually had seen the light and repudiated his anti-Semitic beliefs, which is not good enough for stickler Kelly.

But the real crime in all this is not Bean’s contentious past or divisive character but the Electoral Commission’s lack of imagination and its falling under the spell of the 100-year anniversary of the Great War that has been rolling out across the country since 1914.

Like the war itself, it’s been an exhausting campaign.

I’m all for lest we forget, because far from making this country, the war broke us and those 60,000 dead should not be forgotten, nor why.

But in 2018 do we really need to pull out yet another white, Anglo-Saxon man who already has a lasting legacy in Canberra?

As Kim Fischer argued recently, despite 30% of Australians having a culturally and linguistically diverse background, only around 5% of seats out of the 150 are named after significant CALD figures. Of the 70 electorate names considered by the Committee, it appears that only one (Ruth Arndt) was from a CALD background.

Surely there are plenty of other names that would better reflect the electorate’s people and the land it encompasses – a woman, a migrant, and the obvious, an Indigenous trailblazer? Or even just a place name like Namadgi?

Something distinct to Canberra that unites us going forward.

“Why was Romaldo Giurgola, the architect of Parliament House, not deemed suitable for consideration? The instigator of the Hare-Clark system in the ACT, Bogey Musidlak? Or Amirah Inglis, a prolific Canberra-based writer and author from Belgium? Or even Pawe? Strzelecki, the explorer who named Mount Kosciuszko?” asks Fischer.

Because no matter how Dr Nelson may argue that the War Memorial, great attraction though it may be, is an apolitical, neutral institution that commemorates not celebrates our role in war, it is as much a creature of culture and myth as any other.

Bean wanted us to remember the fallen but he went much further, establishing a national myth that some say defines us, and others say chains us to a certain past.

The AEC should broaden its view, and reconsider.

I think that trivialises it. 🙁

David Brown who cares to be honest. I don't

Bean was a great man. I am proud to have a seat named after him.

PC rears its ugly head again ! This article is most offensive, it suggests that the colour of your skin determines whether you should be recognised and honoured. Shame!

I can’t believe that in a country with a predominantly white, Anglo heritage, that the majority of our seats are named after that predominant majority. It’s terrible and discriminatory.

For diversity’s sake, we should be rethinking these namings and have a competition to find the smallest of small intersectional minorities to be graced with the honour.

Yurupingu, the only family that I am aware of that has had two members as Australian's of the year.

The fact that, in the mind of the author, the name Bean conjures up a British TV character and not the very famous Australian, is reason enough to keep Charles Bean’s name alive.

The rest of the article is faintly offensive and anti-intellectual – almost a parody of ‘progressive’ memes.

Bean’s War Memorial brings millions into the ACT economy each year and directly & indirectly creates employment for many hundreds of Canberrans. Fine to name an electorate after him!

It is not Bean’s War Memorial, nor Brendan Nelson’s. It is everybody’s.

As you well know, without Bean there would be no AWM.

So does Parliament House, designed by Romaldo Giurgola. Yet he wasn’t even shortlisted.

“It looks like I’ll be voting, and soon too, in the new Federal electorate of Bean. But like many, I just can’t get excited about the name.”

We’re supposed to “get excited’ about electrate names, are we?

So you don’t like the name and come up with reasons why. The underlying point is your association of Mr Bean.
The rest of the article is just an excuse.

Jo Telfer - 6 hours ago
Doug Damn, well that sucks. Another idea: make it a little kids only thing ..seems the momentum is the main factor in the sev... View
Doug Jackson - 7 hours ago
Kane P-s from a financial perspective, the cost between remove and repair is massive - remove is so much cheaper. View
Doug Jackson - 7 hours ago
Jo Telfer The only thing an assessment will do is identify that the government has to spend money to fix it to reduce the ris... View
News 3