The Dinner Party – A review 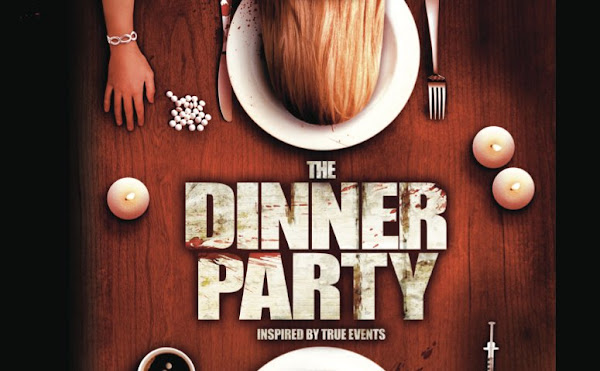 The Dinner Party is a very rare thing, a Canberra produced feature film.

And it’s based on the real events surrounding Joe Cinque and Anu Singh as documented by Helen Garner.

It’s also showing on Monday and Wednesday nights at Dendy as long as people keep turning up. The Monday night screening (28 Feb) is definitely on.

I went to see it last night and, well, wow.

It’s normally a pleasure reserved for residents of the world’s biggest cities, to see locales they know on the big screen. I can tell you that even the most hardened Londoner still feels a frisson when they see Leicester Square in a movie.

The movie’s set in 2007 and references the 1997 murder early when the police talk about how “this one’s just like that case ten years ago”.

The Dinner Party is a bleak tale of complicity, sociopathy, apathy, drugs, culpability, and murder.

And yet there are some brilliant moments of wry gallows humour. Particularly from the drug dealer character in the Northbourne flats.

The soundtrack also features a host of local Canberra bands, which work in beautifully.

That’s not to say it’s without troubles. Actors to used to working with removed theatre audiences are always prone to overdo it with a camera a metre from their face and it happens in patches here.

There are scenes that don’t quite work, some of the flashbacks can be confusing, and the incidental music is perhaps a touch overwhelming.

But the performances are generally excellent, the screenplay is riveting, and the last forty minutes will pull you in completely.

Everyone who considers themselves a Canberran should get out and see it.

I-Filed, who can usually find fault with anything and everyone, had this to say:

The Dinner Party will be screened again on Monday 28 February 6.45 pm. Go see it!

It’s great to see a film set in Canberra – beautifully shot and very Inner North, with the locations juxtaposing student-guvvie-grunge and a glabrous middle-market bland setting for poor “Joel” and “Angela King(h)” . I spotted the former Front co-owner among the extras.

Great to hear Fire on the Hill and other Canberra bands as the soundtrack.

My only beef with the film was that the lead actress overacted throughout – but while that detracted from the experience it didn’t wreck it for me.

(I’m still confronted that those 1997 dinner party guests are practising law in Australia and were never named).

Well my tickets are booked and im looking forward to seeing this on Monday.

I look forward to hearing what you think!

The best Canberra movie since ‘Sticky and Salty’. See it while you can.

So great to see Canberrans enjoying the film 🙂 Scott Murden (writer/director) and I are thrilled with reception it is having in Canberra and Australia ! We screen again Monday the 28th and then we should go back to Mondays n Wednesdays – dendy have pulled strings to get us shown in Oscar season so we are just happy to b extending screenings !

Yep the mahmet mart man IS in it – briefly – I think that role will b on my tombstone when I die ( as opposed to my name!) haha, it’s lucky I enjoy doing it!!!!

its the magnet mart guy!!!

babyal - 1 hour ago
Ken Behren CR is correct the legal issue if something were to happen would be so not worth the trouble. you want to change le... View
Elf - 1 hour ago
People just don’t care anymore. Forget about the long grass on public land, have a look at the naturestrips out the front o... View
jwinston - 2 hours ago
Utilise the the many idle hands at the Alexander Maconochie Centre by making the prisoners mow the grass around Canberra. Unl... View
Community 45

PAWS Party is an un-fur-gettable community event for everyone

@the_riotact @The_RiotACT
The ACT has recorded its 12th #death in the latest #COVID outbreak as well as eight new cases in the 24 hours to 8 pm last night https://t.co/L2fS7vdJgk (56 minutes ago)