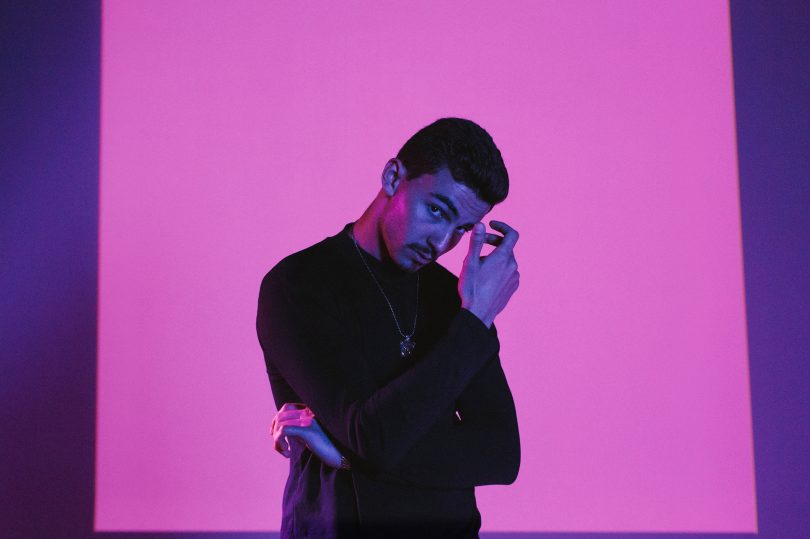 Kirklandd will perform an exclusive headline show at Mr Wolf on 23 March to launch his new track Impulse. Photos: Supplied.

You can catch local hip hop artist Daniel Kirkland’s enthusiasm, it is that contagious. People speak quickly when they are passionate and excited, and at the rate of knots Daniel talks, you can tell he lives his life at 100 kilometres an hour and with fervent intensity.

Chatting in the Sunday afternoon sun, our conversation darts from hectic travel stories in Morocco where a gun was held to his head (it’s a long story, trust me), his quest for spirituality, misogyny in the hip hop music scene and his childhood relationship with his heroin-addicted uncle.

All of the stories that he shares over coffee have shaped his one true love of music, where the 24-year-old has been making a name for himself locally and nationally since he first started performing four years ago.

His passion for hip hop was birthed by his cousins, and his simplistic music goal was to one day share his lyrics with them.

“Writing lyrics for me was a private, creative hobby for about a decade before I started voicing it,” he shared. “As a kid, my older cousins were heavily into hip hop as one of my cousins was an RnB singer, another was a breakdancer and another was a rapper.

“They were my role models growing up and my only goal was to rap for them, which took about eight years to build up the confidence to do that.”

His musical journey really started in the aisles of JB Hi-fi, where he and his cousin were browsing music. Picking up Lupe Fiasco’s Food and Liquor record, his cousin handed it to him and boldly said, “this will change everything you know about music”.

“Its a big statement but it honestly did change the way I viewed music and hip hop,” Daniel shared. “One of Lupe’s songs, He Say She Say, is written from the eyes of a child navigating his parents’ divorce, which I heavily related to because my parents split when I was two years old.

“I had heard hip hop at that point but it was really materialistic and flashy rap music but by listening to that record, I realised that hip hop can be lyrical, poetic and abstract.” 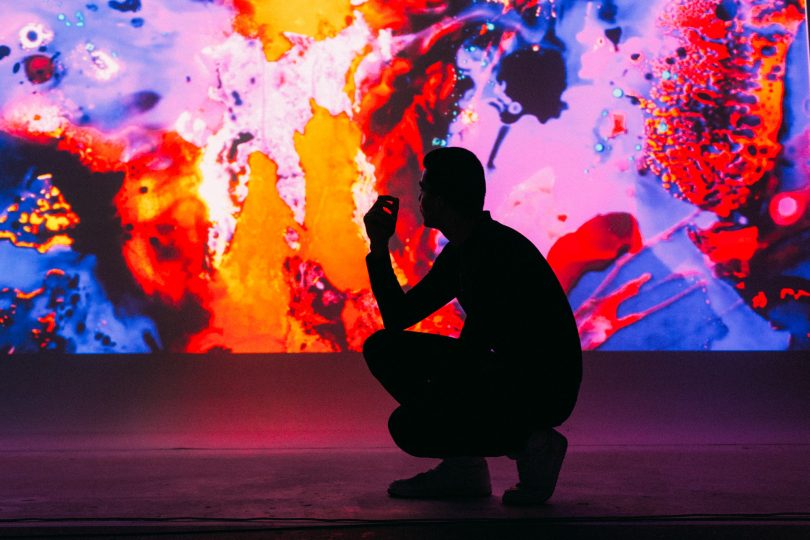 Kirkland’s new album, Impulse, is inspired by feelings of love, tinged with pain.

Galvanised by this new inspiration, Kirklandd tackled his music and his history with brutal and confronting honesty. With that same veracity and sincerity comes his new single Impulse, a personal story of struggle he encountered last year.

Though the track is cloaked in soaring piano chords and 90s-style hip hop, the song explores the comfort and familiarity of returning to an old love, even though you know the repercussion is pain.

“All of my lyrics need to be honest and to share what I have experienced myself,” he shared. “The struggle expressed in Impulse was something I was dealing with when I wrote it last year. When I explain the concept of the song to people, it really resonated with them because I believe everyone has been in that situation.”

At the heart of every song is the passion to provide a positive example of hip hop to the younger generation. It is rare to find swear words in his poetic and sometimes spiritual lyrics, as he aims to show a creative image of hip hop to young men, just like Lupe showed to the impressionable teenager.

Challenging hip hop’s status quo with every note, the thought never entered his head to follow in the footsteps of hip hop greats and create an alias.

So what is on the horizon for the Canberra native? After he announces national touring dates in the coming month, Kirklandd will head to LA in August to “check out” the bright lights, before creating his next project on the heels of his latest single’s success.

One thing is for certain, he is on the fast track to being at the forefront of Australia’s hip hop scene.

huge love for the support fam 💗

Jim Hosie - 6 minutes ago
Debunk this picture and there’s plenty more around. Must be them anticlimactic change people that do these there protesting... View
Ray Ez - 16 minutes ago
So in other words: so true that I shat myself but have sufficient denyability so that if you find out, someone else is to bla... View
Anura Samara - 2 hours ago
Rick Reeks debunked by evidence. Yes, I know it's inconvenient when that happens! View
Opinion 4

Paula Simcocks - 48 minutes ago
Looking back in times of war and crisis people loved the fun of live shows, music and drama. Lifts spirits, usually doesn’t... View
Lindy Edwards - 7 hours ago
Nanna was reciting Yeats as fires approached her place. And a he'll of a lot of people are going to be singing, drawing and w... View
Josie White - 12 hours ago
I think that the arts have a role to play in alleviating community anxiety and providing some relief from the stresses and to... View
Opinion 14

Malcolmo Oz - 1 hour ago
Felicity Jane Good comment - very insightful and forward thinking View
Shane Murphy - 2 hours ago
Anura Samara my point is that people are happy to protest in Australia because there are few consequences in doing so. Not so... View
Anura Samara - 4 hours ago
Shane Murphy silly comment. As Australians we can influence the debate in Australia. And an Australia with strong and effecti... View
News 30

Alanna Davis - 5 hours ago
Kristy Morton The article is asking people to rent out their holiday homes, for fair market rent, not for free. View
News 26