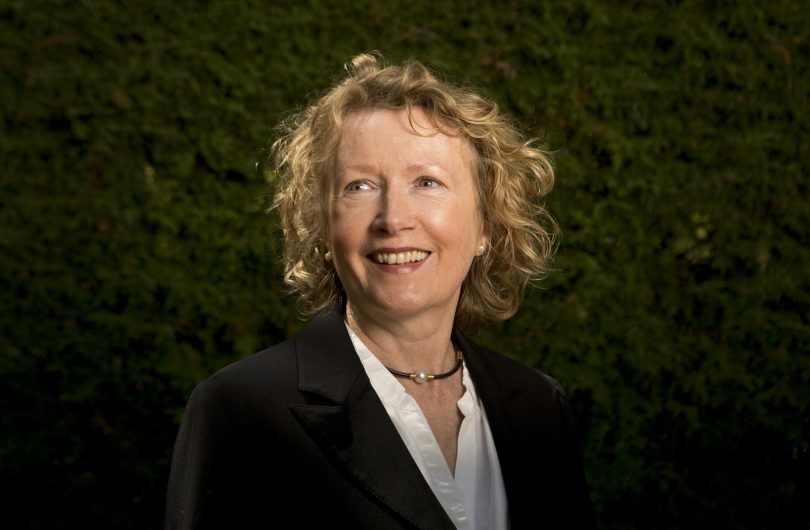 Alison Booth is a professor of economics and a fiction author with six novels to her name. Photo: Julia Ferracane.

Throughout her illustrious career in academia, Emeritus Professor of Economics at the ANU and soon to be six-time published fiction author Alison Booth has spent much of her career studying gender in the economy.

However, it wasn’t always that way.

When Alison first started out in economics, she says the field was even more male dominated than it is today, and there were few women looking to study and work in the doctrine.

While she says things are slowly changing now, it meant that when she started out in the field she made the conscious decision not so study gender.

“I wanted to get my career off the ground first so I got out there and studied and wrote about economics more broadly,” says Alison.

According to Alison, it’s a totally different story these days with everybody wanting to study the economics of gender. Some of her key research has looked at gender and discrimination in the workplace, and found that girls at single-sex schools tend to be less risk averse than those who attend co-educational schools. She has also found that women take more career risks when supported by other women.

Despite having been one of the few women in her field, Alison says her challenges along the way are not something she likes to whinge about.

READ ALSO: The Sandman creates art to heal from tragedy

An anecdote which sticks in her mind from the early days of her career in the 1980s is when a male professor told one of her female friends who he was supervising that merit will win out.

“It could be a long hard battle and you may have to work harder than men, but if you just keep on plugging away and have faith in yourself, you might get there,” she said.

In her fictional works, these same kinds of influences come out.

All of her six novels, including the latest, The Painting, feature strong women who she believes its important to write into history because they didn’t have power at the tine.

“I had a strongly feminist mother and I went to an all-girls school so this shaped me,” says Alison. “But you only have to look around to see the inequality and how women are treated to want to do something about it.”

She describes her career as an author of fiction as having been a long apprenticeship. But so early did her desire to write a book start that she actually wrote her first novel while at school.

“We had an absolutely wonderful floor mistress when I was in year 5 who would get us writing a chapter of a novel each week in English,” says Alison.

“As the years rolled by, I started to think to myself that I’d better get on with it so I started writing short stories.”

However, Alison found that short stories were not only difficult to write, but equally as difficult to get published.

So she wrote a novel instead.

The Painting was inspired by an article in The Guardian about a concentration camp survivor who later settled in Hungary as a butcher, but with a secret art collection.

For the art, it was her family and grandparents who instilled a love of paintings. The Hungarian Revolution because as a child she’d been fascinated by a photo she’d seen of it in her father’s study, and WWII because at university in Sydney she’d come to know many children of parents who’d fled Europe through post-war displacement camps.

Combining these three interests in her writing was a challenge, but Alison is no stranger to her novels taking a long time to write.

The Painting, which tells the story of Anika, a traumatised young immigrant from Hungary who inherits a mysterious portrait, will be released on 15 July, 2021.

Steven Harris - 9 hours ago
Or an ordained minister of any religion or a military person who has ever held a rank above Major or equivalent. View
Stephen Saunders - 15 hours ago
"Remove the monarch and replace GG with president appointed by Parliament." Too right, Ian, it's our only shot. Do we need to... View
Finagen_Freeman - 15 hours ago
Haha you don’t need a head of state. You just need a leader. The current prime minister is anything but prime. Don’t be f... View
Courts & Crime 4

Neil John - 11 hours ago
we drove to see my parents about a month ago at captains flat and it was a challenge to find a patch of road without massive... View
Lynne Donaldson - 13 hours ago
One of the worst road we have driven on, we drove to Captains Flat last week and couldn’t believe it’s condition. Rob Don... View
Nick Dal Molin - 14 hours ago
Eben Abraham have you seen the condition of the Captains Flat road??? Nothing in Cbr compares.... View
News 307

@the_riotact @The_RiotACT
Looking for a year-round #SnowyMountains home that has it all? This beautiful #home on the shore of Lake Jindabyne has every luxury and convenience you could ask for, and some you never knew you needed https://t.co/pXr0NwK2ap (17 minutes ago)