The humble homing pigeon is the fastest racing animal on earth 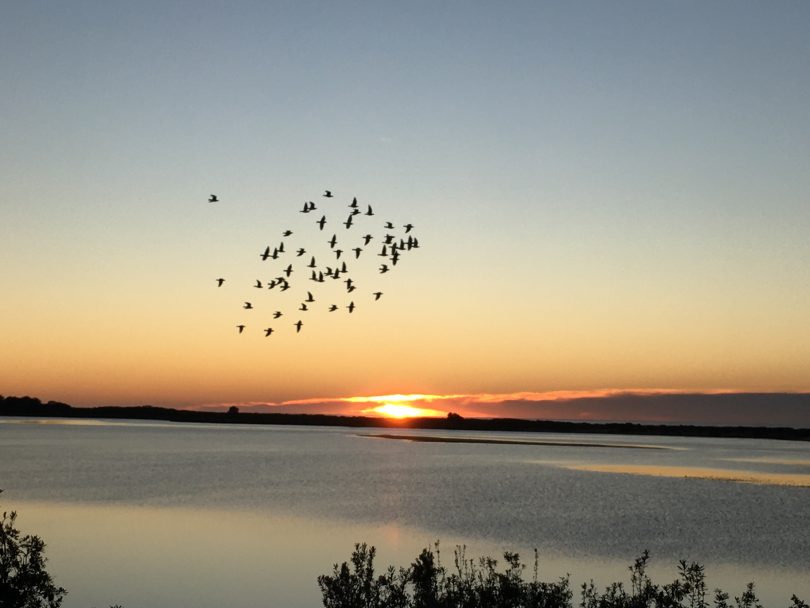 A flock of racing pigeons flying off into the sunset. Hopefully they’ll be seen again. Photo: Barbie Magrin.

The constant drizzle in Canberra last week may have curtailed your plans for a picnic or caused that annoying drip in the garage to start again, but of all things, it forced a pigeon race to relocate.

On Monday, 26 July, 128 pigeons were set to be released from Murrumbateman, but unfavourable weather in the region meant the starting point was moved to Kiama.

Against the clock, the birds persisted through strong westerly winds back to their lofts more than 100km away.

Pigeon racing is a serious sport. The humble thoroughbred homing pigeon might have begun its career with humans as a sort of postal service, but it has gone on to become the fastest racing animal on earth, maintaining speeds in excess of 100km/h for hundreds of kilometres at a time.

Here in Australia, many thousands of homing pigeons compete in races each year.

First place on 26 July went to a bird belonging to Barbie Magrin, the publicity officer for South East Racing Pigeon Combine (SERPC), a club with members all across the NSW South Coast, from Tomakin to Tathra.

Barbie was first introduced to the sport by her husband in 2009 as not only a sceptic, but also someone with a phobia of flapping wings and feathers.

“Some ex-racing friends from north of Sydney gave him some birds and I thought, ‘What’s the go on here?’ And then he started doing it a lot and I thought, ‘This’ll be a quick divorce.'” 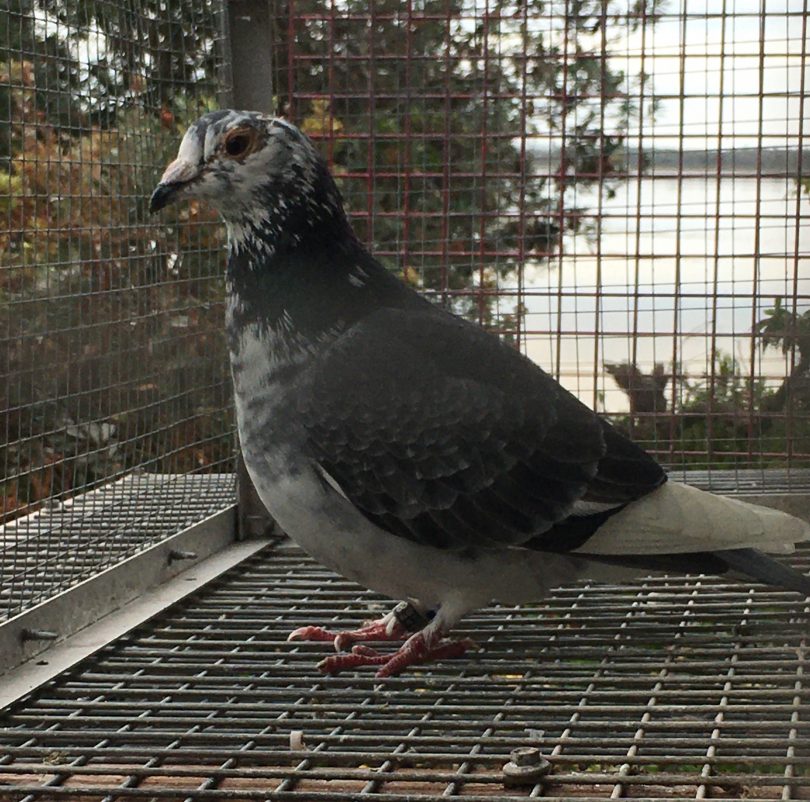 One day, Barbie accidently locked herself in the pigeon loft for 20 minutes before she gave up whistling for help and broke down the door in desperation.

“That helped,” she says. “I’m in there all the time now and they jump off my head and my back – I’m completely over the phobia.”

The SERPC holds races once a week, with two teams of 30-50 birds each competing over a distance increasing in size by 100km each week. The aim is 800km. Speed is measured in metres per minute.

The time it takes the pigeon to cover the specified distance is measured by an electronic pad back at the loft. This scans each bird’s microchip as it arrives and sends the time to the owner. With this, the bird’s rate of travel is calculated and compared with all of the other pigeons in the race to determine which animal returned at the highest speed.

“It’s almost guaranteed there’ll be at least one pigeon lost every race – a sad fact given all the feeding and training that goes into raising a racing pigeon.”

Barbie keeps more than 200 pigeons in a purpose-built loft and describes looking after them all as a full-time job.

As with any other athlete, each pigeon undergoes a rigorous training regime designed to keep it fit and healthy. 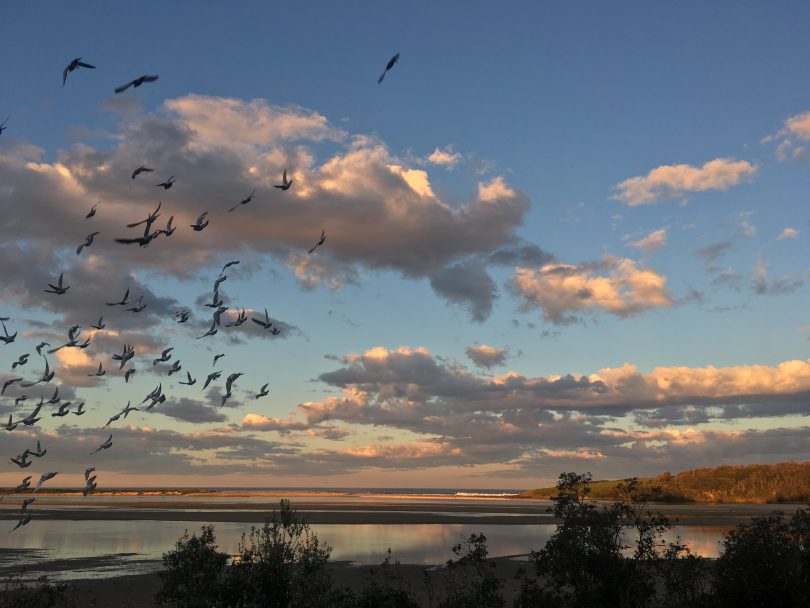 “From when they hatch, it takes them a few weeks to get their feathers,” says Barbie. “And when you let them out for the first time, they might only jump onto the roof of the loft.

“But then they start getting familiar with where their home is and fly in bigger circles.”

It’s a process of taking them progressively further out from their loft.

“They’ve always got to be a bit hungry, too,” says Barbie. “You don’t send them out with a full tummy.”

Once trained, the pigeons must be exercised. Barbie lives in a residential area and her neighbours have grown to love having 200-odd pigeons circling the street twice a day.

Diseases are also common so keeping on top of their vaccinations is a must.

Although SERPC is only in it for the bragging rights, pigeon racing can be a lucrative business.

Once fully trained, a pigeon can fetch anything from $1000 to $10,000, while in Belgium – where pigeon racing has been a big deal since the middle of the 19th century – one recently sold for $2.4 million.

Much like any other animal racing, plenty of betting and prize money is involved, certainly among the larger clubs in Sydney and Melbourne.

Barbie says SERPC has never had any issues with animal rights activists because of the time and effort put into the pigeons’ welfare.

The next race will be held on Saturday, 7 August, or Sunday, 8 August, at Boorowa, weather permitting.

Louise Earl - 1 hour ago
I love Canberra … but yes.. Canberra has missed the boat on a lot over a lot of years! Not just AFL. View
Matt Bacher - 5 hours ago
Michael Bourke …..as you and I can attest to mate 🤣 View
News 156

Pat Gagel - 4 hours ago
Maybe not. I have regularly used the service since 1992. Love it. Still the most sophisticated form of travel. Much better th... View
Marco Spaccavento - 5 hours ago
Pat Gagel I’m not a user. 3 a day also hardly justifies a new station… View
Pat Gagel - 5 hours ago
David Malcolm they aren’t a problem. Believe it or not, biggest issue is a grade crossing on a bend between Bungendore and... View
Property 22

Anthony Willing - 5 hours ago
Paul Mills the same as every old / wheelchair person in every multi-storey in every city in the world.The fire brigade have s... View
Anthony Briscoe - 5 hours ago
Canberra more and more of this type of development will happen under the Barr Government. Just wait till the tram goes to Wod... View
Paul Mills - 6 hours ago
Becoming a common Canberra vista. View
News 128

Clear your calendar, the Tathra races are kind of a pig deal