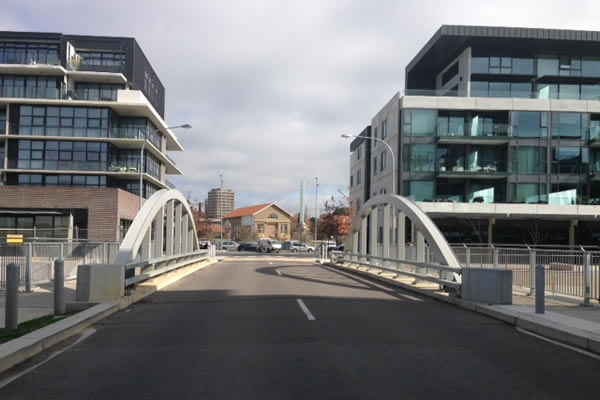 In Canberra it is commonplace for the newest establishments to be flooded by locals making it difficult to sample the delights of the Nations Capital’s newest eateries and bars for months. However, visiting the Kingston Foreshore for a meal provides to be an eerily quiet experience. Possibly being compared to its ‘flashy’ Sydney cousin, Darling Harbour over the years has damaged the impact of Canberra’s newest shopping and dining precinct.

Although less glamorous it would have been far more fitting to liken the Kingston Foreshore to other urban renewal projects in Australia, such as the Honeysuckle development in Newcastle. Much like the Honeysuckle precinct, the design purpose for the Kingston Foreshore redevelopment was to breathe new life into unused land that was once the industrial heartland of Canberra.

A criticism of Honeysuckle has been the price of its luxury apartments, which seems to have alienated middle to low-income earners from living within the precinct. As such the a vibrant mix of residents and businesses may be what is lacking in the Newcastle development.

Was the bar set too high for the Kingston Foreshore? Have those who visited the current selection of cafes, bars and restaurants been disappointed due to unfair expectations placed on the development or could the on-going expansion phase of the Foreshore be hindering business efforts? 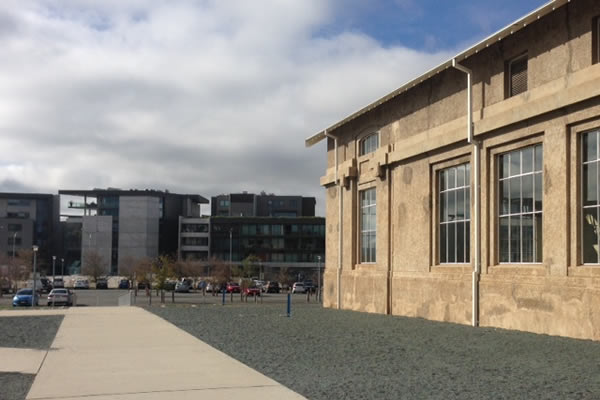 Awarded most recently at the 2013 Australian Institute of Landscape Architects awards, the Kingston Foreshore redevelopment is the largest development in Lake Burley Griffin’s history and follows Walter Burley Griffin’s original vision for the East Basin of the lake. The Master Plan features Burley Griffin’s famous geometric street design, to which Canberra is now renowned.

Despite the present lack of hype for Canberra’s newest wining and dining district, the Foreshore has not yet reached its full completion with construction of more swanky designer apartments and commercial space under way.

Unlike its Newcastle counterpart Honeysuckle, it appears that the ‘Average Joe’ has been considered during the Planning of the Kingston Foreshore with the inclusion of affordable dining options.

Time will tell whether the Kingston Foreshore has what it takes to suffice Canberra’s fickle ‘wining and dining’ crowd.

I’ve had lunch and breaky down there in the last few months (C-Dine both occasions). Both times it was really busy – not just in the restaurant but in the whole foreshore area. I don’t think it’s an area where people are going to just ‘walk’ – it’s too out of the way for other mere mortals who can’t afford to buy there.

It is a place that fosters outdoor eating and with the cooler weather it’s not going to attract diners who want to freeze whilst they eat. It also needs bigger venues that are more family friendly. We take our son anywhere as he’s really well behaved, but if you are with a few kids, cramped cafes and restaurants can be uncomfortable to be in for longer than is totally necessary.

It’s probably a bit on the pricier side which again is going to put people off.

I am not sure I totally agree that this development is in the principles of WBG’s design, however it is quite an attractive spot, considering it’s filled with soulless boxes for apartments.

A little bit too out of the way for me, I live in Belconnen, so a night out usually doesn’t extend past Civic.

I would like to see The Causeway linked to the northern side of the lake though, as in WBG’s plans and have it join up to Canberra Av as planned, but the amount of re-jigging to make this happen is likely to not allow this to happen.

I visited the foreshore precinct a few weeks back for dinner. I too found it eerily quiet but put it down to the fact that the place is still very unfinished. I think it will be a nice area once all the development is complete. Looking forward to Autolyse and Lonsdale st Roasters opening up there.

Meanwhile, yes, the Rum Bar is quite a nice venue. I also quite liked the Thai resturant we visited (whose name escapes me). I went to the free International Music Festival concert in the little park on the same day. The small crowd was a bit disappointing but it had a nice family-friendly feel to it. Hopefully there will be more events like that held there.

Morks is excellent. The rum bar is pretty good too. Max Brenner is a bit overrated, best not to stray from simple hot chocolates and waffles.

Haven’t tried any of the other options yet but will do so over time I suppose.

Until all the development is completed the area is always going to seem a bit, well, unfinished.

Shirley A Drower - 7 minutes ago
There should be no one homeless in Canberra. View
Jennifer Bishop - 4 hours ago
The centre of our corrupt overpaid federal politicians and they could care less about the homeless. They are far more interes... View
News 9

Luke Farrow - 10 minutes ago
David Lindesay this is what I was talking about, how cool!!! View
Marc Edwards - 2 hours ago
James Nichols yes, yes they do, as not everyone is living in the Braddon area.... View
Ian Ross - 2 hours ago
Bespoke bread yim View
Lifestyle 12

Jorge Gatica - 53 minutes ago
Ingrid Decak they should have started much earlier View
planet42 - 1 hour ago
Don't know why the trees have to be 'removed'. Can't they just cut them down and leave them there on the forest floor to brea... View
Ingrid Decak - 4 hours ago
Would you rather see dead trees falling on cars as they drive down the highway? View
News 15

Janette Hugs - 2 hours ago
I’m on DSP and recently moved to Canberra. I’ve only once driven through Civic in December. Since then due to circumstanc... View
countach - 3 hours ago
I think it's unfair that you can be a 15+ over the limit, super speeder hooligan for doing what was legal a month ago. Either... View
countach - 3 hours ago
Funny how a month ago it wasn't endangering, but now it is. Anyway, I agree to an extent. I got pinged for the first time in... View
News 4

chewy14 - 2 hours ago
The 50% number used is also based on the eligible population (over 16s) so it's going to take a bit longer than a few weeks. View
News 9

Danielle Heffernan - 4 hours ago
Very well said Magistrate Cook. The 'problematic kids' are our society and they deserve to be protected.... View
News 6

Jody Maree Harrison - 5 hours ago
Can get em off the internet for cheap . My daughter asked me for one last year . And no I didn’t get her one and as far as... View
show more show less
*Results are based on activity within last 7 days

Canberrans are being urged not to flush away the ubiquitous wet wipe in a bid to reduce the amount of...
Community 24

@The_RiotACT @The_RiotACT
A Reckoning in Boston highlights the wicked problems of homelessness which will be eerily familiar to Canberra audiences. This challenging documentary screens this Friday at the @NFSAonline https://t.co/jsMIKCuO2B (21 minutes ago)