Resolution of conflict within
communities, workplace, families
18 May 2022 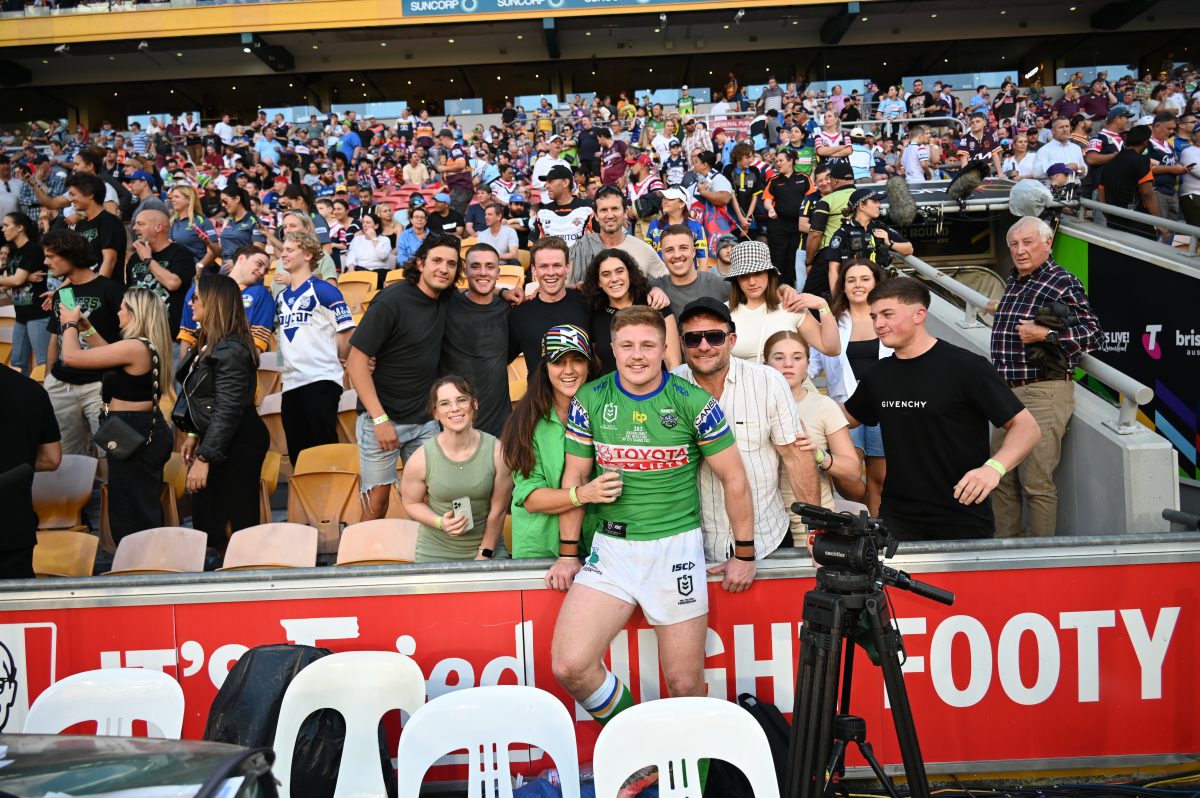 Zac Woolford with his family after his debut NRL game against the Sharks. Photo: Raiders.

With the Raiders reduced to 11 players at times against the fifth-placed Sharks last weekend, there was an expectation the Green Machine would be overrun before the final whistle.

Two-thirds of the Raiders spine were rookies: half Brad Schnieder is still finding his way and starting hooker Zac Woolford was making his debut.

With the sin binnings of Elliott Whitehead and Corey Horsburgh overlapping for a period of time, there was a sense of inevitability about a Raider’s loss, despite a commanding lead.

This came on top of fullback Charnze Nicholl-Klokstad also spending time in the sin bin earlier in the game.

But the Raiders lifted defensively in a manner missing for much of the past two seasons. Starling made 39 tackles off the bench and Young ran for 174 metres, while the Sharks had 55 per cent possession and 60 per cent territory and won the penalty count 10 to four.

Yet the Raiders came away with a 30-10 victory. 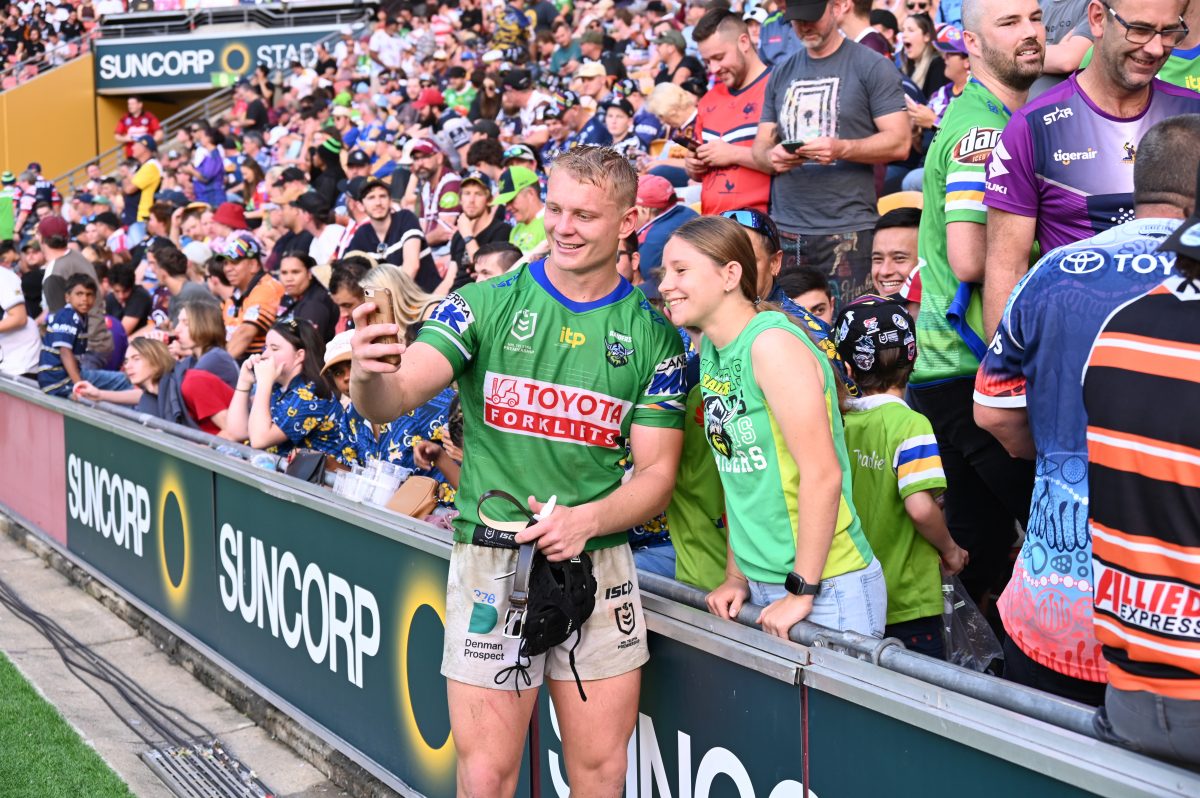 Brad Schneider after the game against the Sharks during the Magic Round in Brisbane. Photo: Raiders.

A feature of the epic win was the line speed defence, which was relentless for the entire 80 minutes.

But how does this performance, with so many things going against the Raiders, rate alongside the club’s most courageous in their 40-year history?

No one could possibly forget the Raiders’ 32-22 victory over the Roosters 21 years ago in 2001 at Canberra Stadium.

On that cold June afternoon, I was on the sideline for the ABC as chaos unfolded.

In the first half, the Raiders lost four players through injury and trailed the Roosters 22-10 at the break.

He could hardly walk, let alone run, yet he stayed on the field and contributed as the Raiders scored 22 unanswered points in the second half to record one of the greatest victories in the club’s history.

Croker had a knee reconstruction and didn’t play again that season. He also missed a Kangaroo tour.

After the game, Croker observed: “I don’t know if it was brave or just stupid.”

The Raiders finished 11th that year but Croker’s courage on that day was likened to John Sattler playing in the 1970 Grand Final with a broken jaw.

There were only 9,825 spectators at Canberra Stadium on 24 June 2001 to witness this gritty performance by the Raiders.

There were little more than 7000 fans who bravely fronted up to watch the Raiders defeat the Wests Tigers in 2000, in what has come to be known as the ‘snow game’. Yet, if you talk with anyone who lived in Canberra at the time, they all remember being at the game. It’s become part of folklore, not because of the game itself, but because it is the only rugby league game ever played in Australia during a snowstorm. 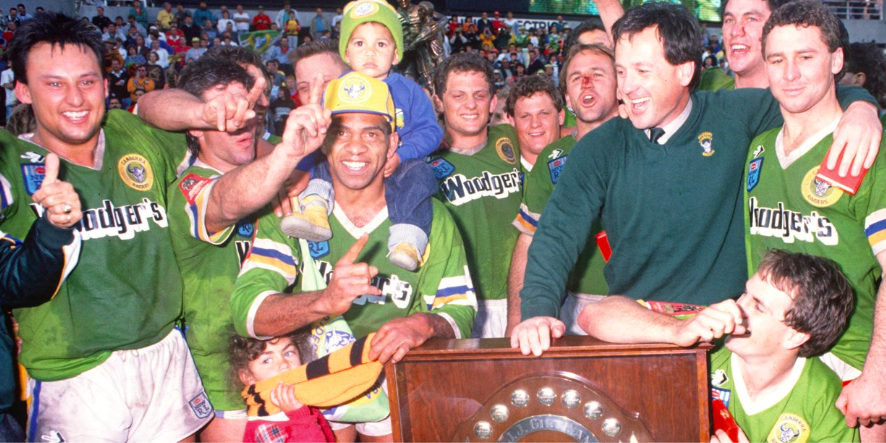 But in a similar vein to the Raiders’ win over the Roosters in 2001, and the snow game in 2000, the victory over the Sharks on the weekend will have to go down in folklore.

I’d include the game at Bruce against the Knights in 2016.