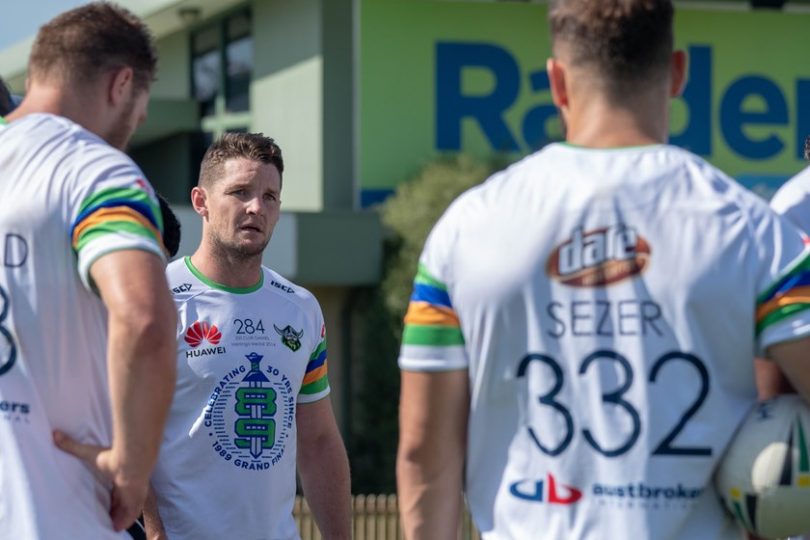 Canberra Raiders are a mixture of fun and serious during the captain’s run. Photos: Supplied.

For the 30 years that I was an employee with the ABC up until August last year, I had close day-to-day contact with the Raiders players. Now, I have very little.

Last week, for the first time since walking away from my full-time sports role, I spent time witnessing the team dynamics prior to Sunday’s game against the Broncos.

Winning helps, but I noticed something different this time whilst watching the team interact during the captain’s run. It wasn’t so much the frivolity, which often accompanies a light session before a game, but it was more about the attitude of the players.

When concentration and commitment were required, it was close to a perfect session, with fewer dropped balls in attack and a focus on line speed defensive pressure. This was then reflected in their performance against the Broncos. In fact, it pretty much sums up their season. Conceding only 66 points through the first six rounds, this is clearly the best defensive record in the NRL, after being 12th last season.

So what has changed?

One player doesn’t make a team but his ‘never say die’ winning attitude has become infectious. That player, of course, is John Bateman. Despite his size, he has become the ‘X factor’ within the Raiders.

Against the Broncos, it was there for all to see. He made 42 tackles, scored a try, set up another, carried the ball 61 run-metres, but for mine, the most impressive part of his game was the relentless attitude in both attack and defence. 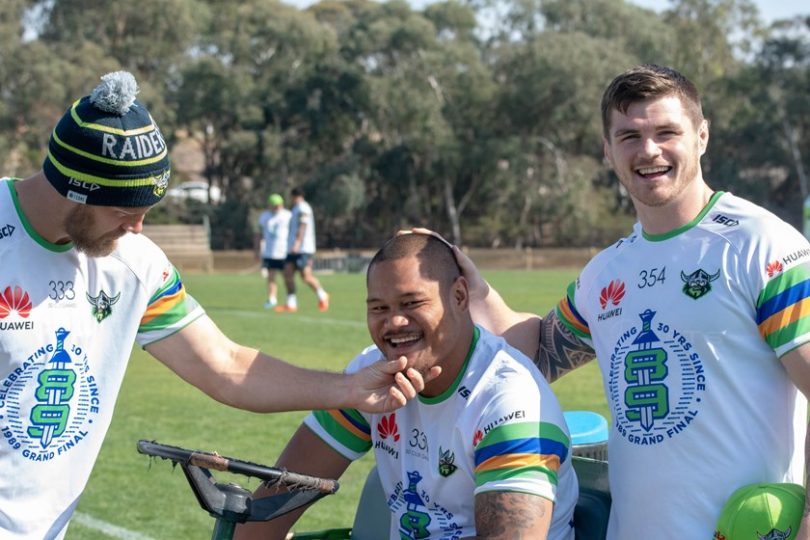 Then there are players such as Sam Williams lifting in defence, B.J. Leulua’s improved discipline, Jack Wighton’s toughness, the ageless Sia Soliola, and the leadership of Jarrod Croker and Josh Hodgson.

Another aspect within the team structure, which can’t be manufactured, is the closeness of the playing group. They are playing for each other. The coach, Ricky Stuart, acknowledged this after the win over the Broncos, “Confidence in each other is something I’m feeling from where I sit.”

The one thing that is extremely appealing as a Canberran is that the players want to play and live in Canberra. The club hasn’t had to pay big money to drag reluctant players away from Sydney. This group want to be here.

This is probably best reflected in Charnze Nicoll-Klokstad, a player who came to Canberra looking for an opportunity but without any guarantees. He has stated on a number of occasions that he really loves Canberra and is keen to explore the place even more.

He should be employed as Canberra’s liveability ambassador. And he’s not being paid to spruik on behalf of Canberra; it’s coming from the heart.

It speaks volumes for the culture created by the Raiders and is very much a large part of the club’s success thus far this season.