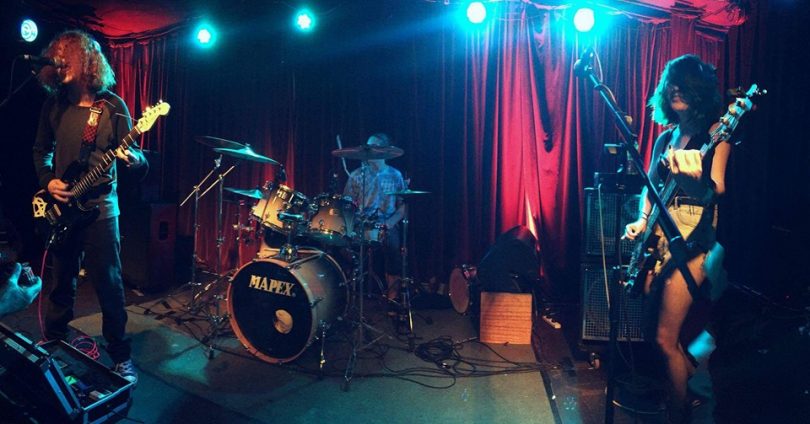 Bleach It Clean are playing with Glitoris and Slagatha Christie this Friday at the ANU Pop-Up venue. Photo: Papa Coolio.

Here it is, folks; The RiotACT Gig Guide for the 30th of August to the 5th of September!

Pictured here this week is Bleach It Clean, a band that seems to be playing at least five shows a week, and they’re certainly playing a big one this Friday! They’re part of Glitoris Are Pretty Loud!, playing alongside Slagatha Christie and the legendary Glitoris – check out my review of their Basement show many months ago to give yourself a flavour of what’s coming up on Friday at the new ANU Pop-Up venue.

Rachel Eddy will be bringing old time Appalachian sounds to Smith’s Alternative from 7 pm this Thursday, something which has excited fellow LocalNLive presenter and string band fanatic DJ Loz. Saturday promises to be huge with Burrows playing alongside Giffen and Timothy James Bowen at Gorman House: the Burrows release from last year was one of the best, check it out. Also on Saturday Plyers launch their latest LP with the help of the unstoppable Shoeb Ahmad, BLIGHT WORMS and Sleeping Dogs, but if you’re into more instrumental music head over to The Front as they host Hinterlandt and Happy Axe. The Lowlands will be opening for The Twoks at Smith’s Alternative, while over at the Phoenix it’s a mighty three-way header with Big White, Flowertruck and Noire taking the stage.

Also, tune into LocalNLive on 2XX 98.3FM on Wednesday as we have a chat to the resident hip-hop maestro Citizen Kay! And on Monday night at the Bootlegs, it’s Magic Rob Universe – do yourself a favour!

@The_RiotACT @The_RiotACT
Misplaced for decades, the drawings and meticulous records of Goulburn #architect EC Manfred eventually saw the light thanks to the dedicated efforts of #volunteer historians, plus a little bit of luck https://t.co/Ga0Bn2B66D (19 minutes ago)