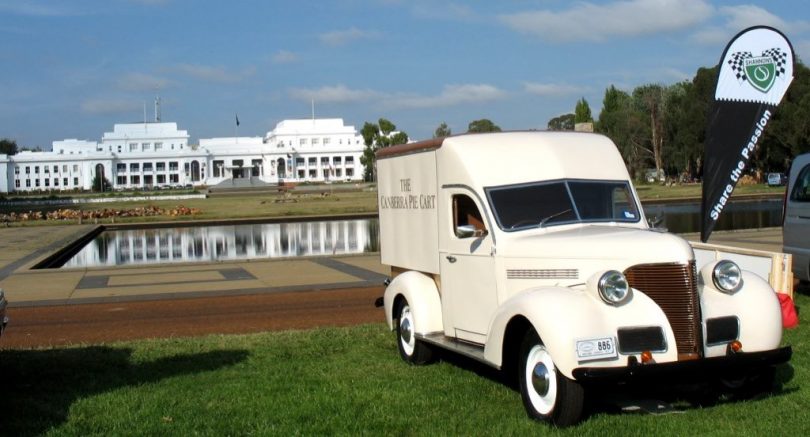 The Canberra Pie Cart, on display at a car show near Old Parliament House. Photo: Supplied.

UPDATE: Due to the incident in Civic on Wednesday, 2 December, the Pie Cart display has been rescheduled to Friday, 4 December from 10:00 am to 3:00 pm, with the presentation on the history and restoration between 1:00 pm and 2:00 pm.

One of Canberra’s greatest motoring icons will make a rare appearance in Civic Square tomorrow. It might just look like an old van that sold pies, and it was. But for many years and many influential people, it was also the most convenient source of food in the then-new political heart of the nation.

Not just any food either: “Wilkie’s pies are the best, and his cream buns are to die for,” one customer was heard to say in its heyday.

Wilkie’s Pie Cart will be on display at the Canberra Museum and Gallery, Civic Square entrance from 10:00 am to 3:00 pm on Wednesday, 2 December. Guest speakers will be on hand to explain the history and restoration of this ancient vehicle between 1:00 pm and 2:00 pm.

The short version is that 30 years ago, it was a rotting hulk on a property in Murrumbateman, but from 1939 through to the early ’70s, Wilkie’s Pie-Cart meant lunch for many of Canberra’s public servants and politicians. 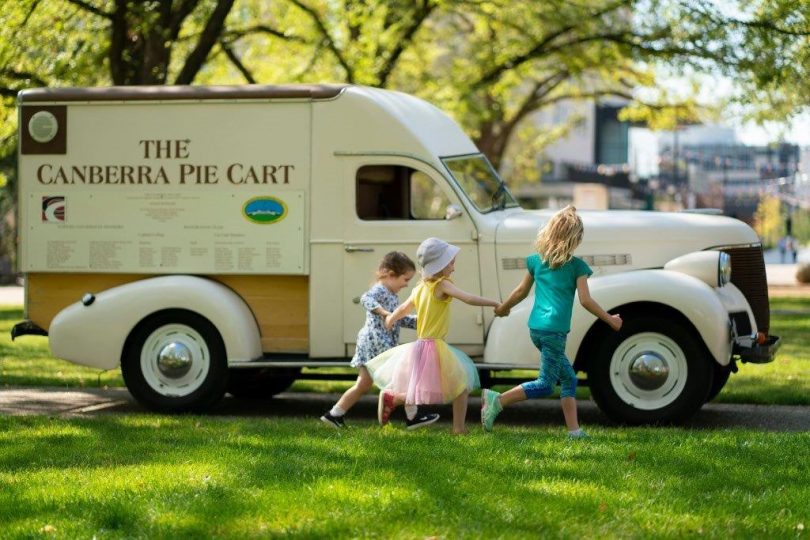 No, it’s not colourised – this is it today. Photo: Supplied.

The capital city was still very young at this time, and nearly impossible to get lost in it – there was Parliament House, Albert Hall, the Melbourne and Sydney buildings, and a sprinkling of other government offices.

But this also meant cafes and other food outlets within easy walking distance were hard to come by. The way was opened for the mobile restaurant, and it wasn’t called Uber Eats.

One was known as the “posh pie man” on account of his bow tie and Thames Trader van, and the other was Tom Wilkinson with his 1939 Chevrolet.

Tom had already earned a glowing reputation as the proprietor of the Top Hat Café on the corner of Furneaux and Franklin Streets in Manuka, a reputation that preceded him once he put it on wheels.

Rumour has it a switchboard operator used to call around Parliament House to advise the federal politicians when Tom would be stopping past. It wasn’t unusual to see them then file out the front door and form a patient line up to the van.

This wasn’t just a democracy sausage, this was a sausage roll that literally fueled democracy in Australia.

He worked on the weekends too, bringing all of this to the start of football matches. It’s said the times for these were even staggered across the region so he could get around to all of them. 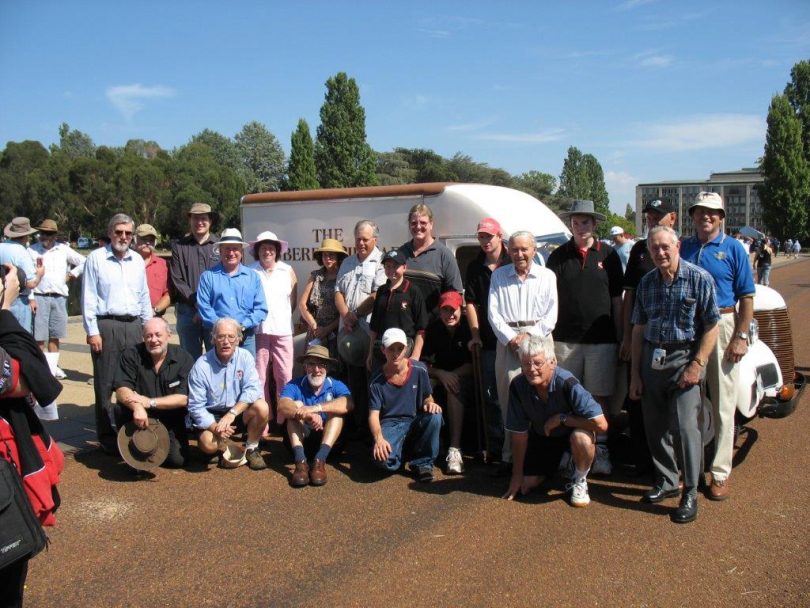 Some of the team who oversaw the restoration. Photo: Supplied.

Tom’s pastry chef, Leicester Donohue, began to accompany him before buying that side of the business completely. This was the ’60s and early ’70s and more offices and businesses were springing up in the Parliamentary Triangle as well as the suburbs of Barton and Fyshwick.

Somehow still working after all these years, the Chevrolet was retired to a back-up role when Leicester swapped it for a newer Toyota van. From there, it ended up in a gully in Burra, south of Queanbeyan.

No one seems to know how it then got to Murrumbateman, but it was discovered in the 1990s and talk of restoration began immediately.

Graham Gittins is the organiser for tomorrow’s display and describes the Pie-Cart as being “in a pretty sorrowful state” when it was found.

“I asked club members for their opinion on whether it was worth restoring. Their collective answer was no. But I persisted as I believed this was a piece of Canberra’s own history unlike many of the other institutions,” Mr Gittins says. 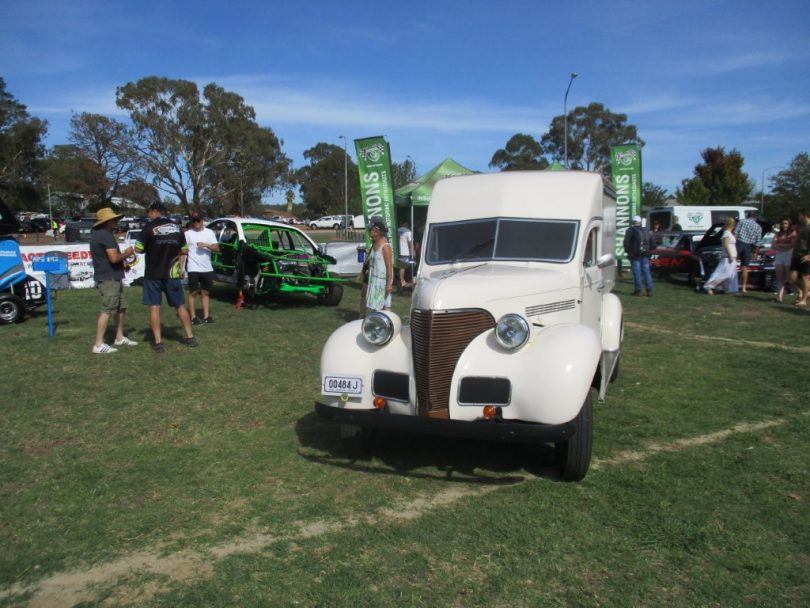 It turned into a true community effort. Local businesses including a few in Fyshwick and Queanbeyan contributed new timber, tyres, and glass. The ACT Heritage Commission agreed to help fund the project, while to meet the requirements of the Robert Shannon Memorial Trust – which only supplies funds for people under the age of 35 – former member of the ACT Legislative Assembly, Dave Rudendyk, enlisted the help of students at Copland College (now Melba Copland Secondary School) in Belconnen.

It was three and a half years before the oven dinged and the Pie-Cart was finished. It’s now in the care of the Council of ACT Motor Clubs (CACTMC) who wheel it out for shows every so often.

“The likes of the National Library, National Gallery, Australian War Memorial, National Museum all belong to the nation – they just so happen to be located in the National Capital,” Mr Gittins says.

“But the Pie-Cart truly belongs to the people of Canberra.”

To find out more, visit CMAG.

When I worked in Mildura Street Fyshwick in the 70’s Leicester Donohue visited our workplace, he made special orders, mine was always his Toasted Bacon & Baked Bean sandwiches, yum!!

This is such a good story. Thanks for conveying it to us!