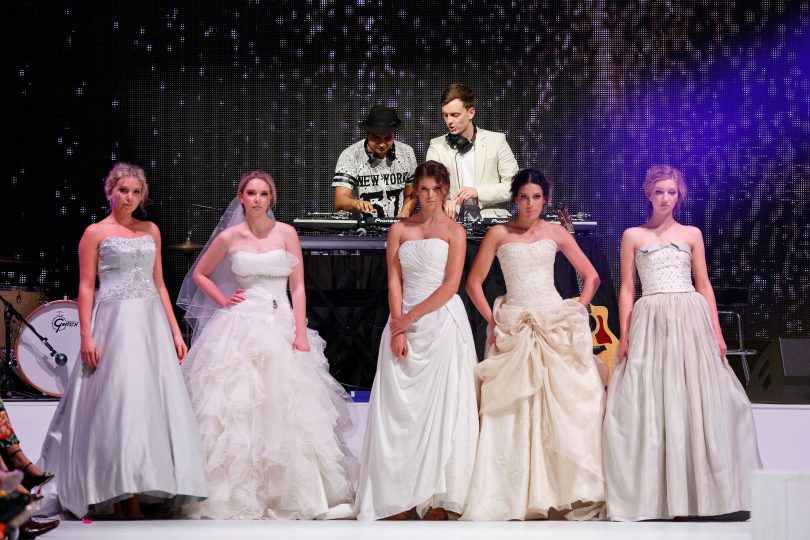 Tucked away at the Griffith shops in Canberra’s inner South is an atelier of a special kind. This relatively small space, graced with elegant and beautifully designed and created gowns, is the ‘maison’ of Hajar Gala Couture.

Hajar is one of the capital’s most sophisticated and awarded fashion designers and she has earned a reputation as one of Australia’s most creative couturiers. On 19 October, Canberrans will get a chance to see Hajar’s fabulous fashion at FASHFEST’s first show of the year, to be held at the National Gallery of Australia.

Models wearing Hajar’s magical gowns will slowly (and carefully) work their way down the two moving towering escalators in the NGA foyer before gracing the FASHFEST runway on the main level. It’s a show that promises total glam. Guests will also see an exhibition of gowns by designers who have previously showcased at FASHFEST, sip on a special Quandong cocktail created by Archie Rose for FASHFEST and the NGA, and enjoy an after-hours viewing of the American Masters exhibition.

Hajar has had a passion for creating stunning garments since she was young. Against her family’s wishes to become a medical doctor, she enrolled in a private fashion institute. Hajar dreamt of opening her own couture atelier and did so when arriving in Australia some years ago in the historic Strand Arcade in Sydney.

“It was a classic atelier where I created bespoke gowns for discerning Australian women,” says Hajar. “I believe there’s a very strong relationship between art and fashion and I believe that couture is an art form in and of itself.”

When she moved to the capital, Hajar immediately put plans in place to open an atelier here and she has recently opened another in Melbourne. In both locations, she creates true couture pieces that are timeless. 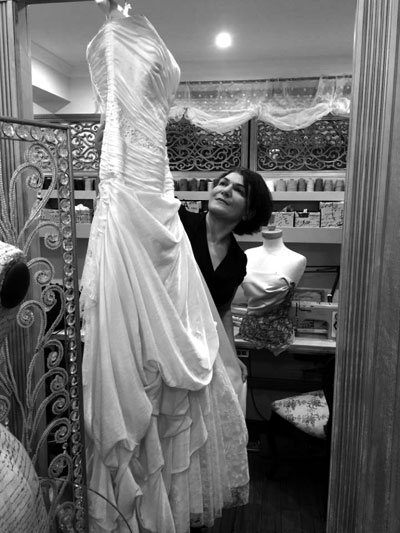 Hajar Gala: “My family wanted me to become a medical doctor.” Image provided by designer.

Last year was Hajar Gala Couture’s first appearance at FASHFEST and guests were mesmerised by each piece brought to life by models on the catwalk. This year she returns with 10 bridal and evening gowns, including some she showcased at Paris Fashion Week which have never before been seen on the catwalk in Canberra.

It can take Hajar and her small but talented team many, many hours to design and create just one gown, each unique with intricate details and embellishments. Each is individually designed by Hajar over a series of private consultations and is made-to-measure and perfected over a number of fittings. Each is also created with luxury fabrics, including French lace and embellishments such as pearls and crystals.

“Craftmanship is everything,” says Hajar, who trained formally in the French couture method at the International Fashion Academy in Europe. “The traditional couture techniques emphasise design but also quality of construction. The end result is always an elegant silhouette that enables the wearer to escape into the world of luxury.”

Hajar’s work receives a great deal of international attention and Hajar Gala Couture’s work has been featured in many a prestigious magazine, including Collezioni Haute Couture. A shoot she did with Canberra’s Leighton Hutchinson, of Leighton Hutchinson Photography, and Courtney Allen, from HAUS Models, appeared in the magazine. 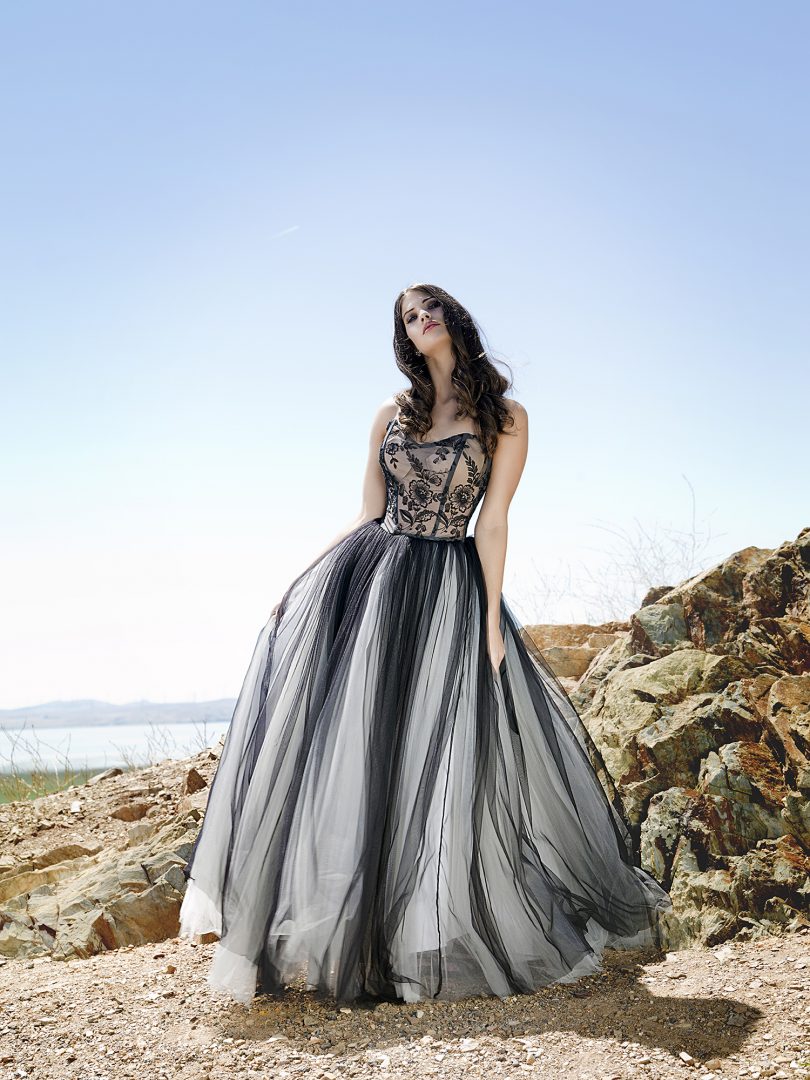 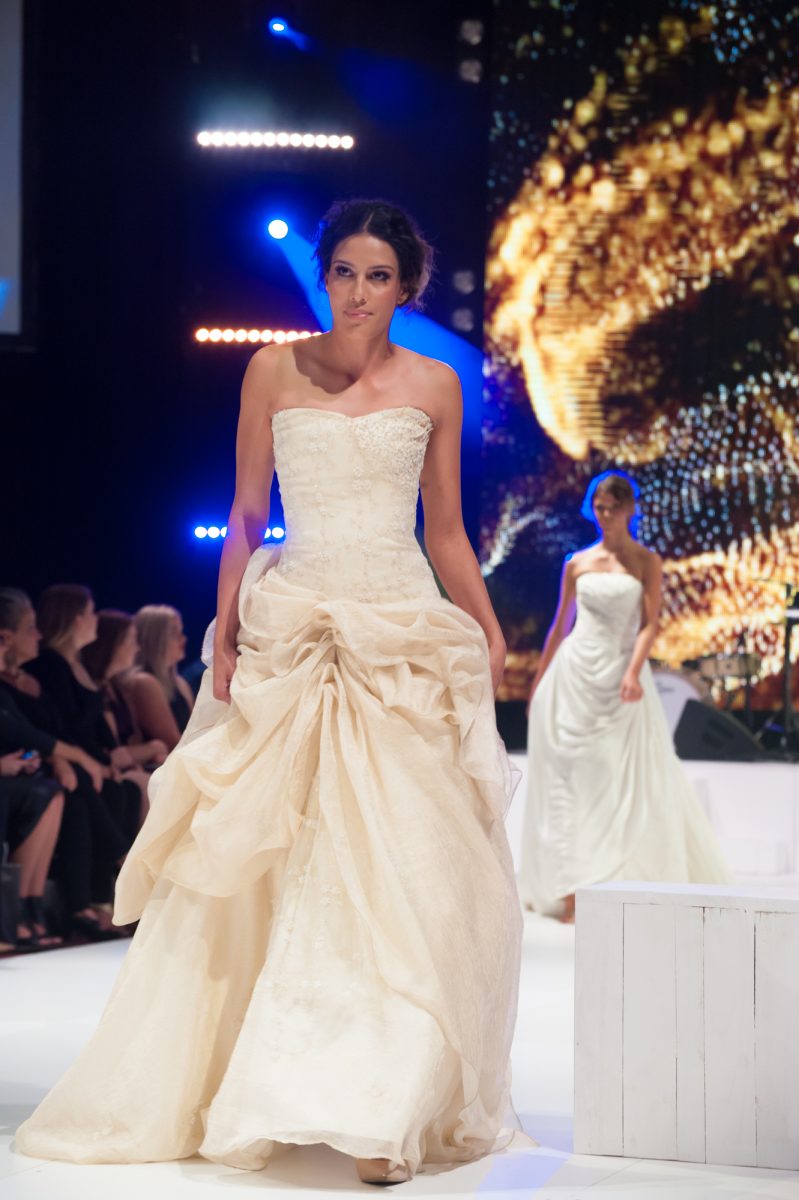 The 19 October event at the NGA is the first in a series of rolling shows presented by FASHFEST over the next few months. Also showcasing exquisite fashion is Charly Thorn – the youngest designer to ever debut at FASHFEST (when she was just 17 years of age), who will present her new cocktail collection created from specially printed silks – and Megan Cannings Designs, with gowns fresh off the catwalk at New York Fashion Week.

Next up for FASHFEST will be shows in December and February, with special venues to be announced. “In choosing these venues, FASHFEST will showcase the beauty of architecture as well as the beauty of fashion,” says Co-founder Clint Hutchinson. “It’s all about a sense of intrigue.”

yellowredme - 38 minutes ago
What makes this company think Canberra wants drones? They have ads on Facebook for gelato and banana bread delivery, along wi... View
Andrea Wild - 3 hours ago
Ian Bushnell, it's interesting that you call Wing's approach "softly-softly". I'd call it sneaky-sneaky. Why wouldn't they te... View
Property 8

Elroy Jones - 1 hour ago
Kate Tricks it is exactly what we need. Why do you think houses are so bloody expensive here?? Because there aren’t enough! View
JC - 2 hours ago
Attractiveness is in the eye of the beholder. I often wonder how an ugly mug like me found a good gorgeous wife, turns out th... View
54-11 - 4 hours ago
I've been to 2nd and 3rd world countries where people are living cheek by jowl, and they can design some very attractive buil... View
Property 4