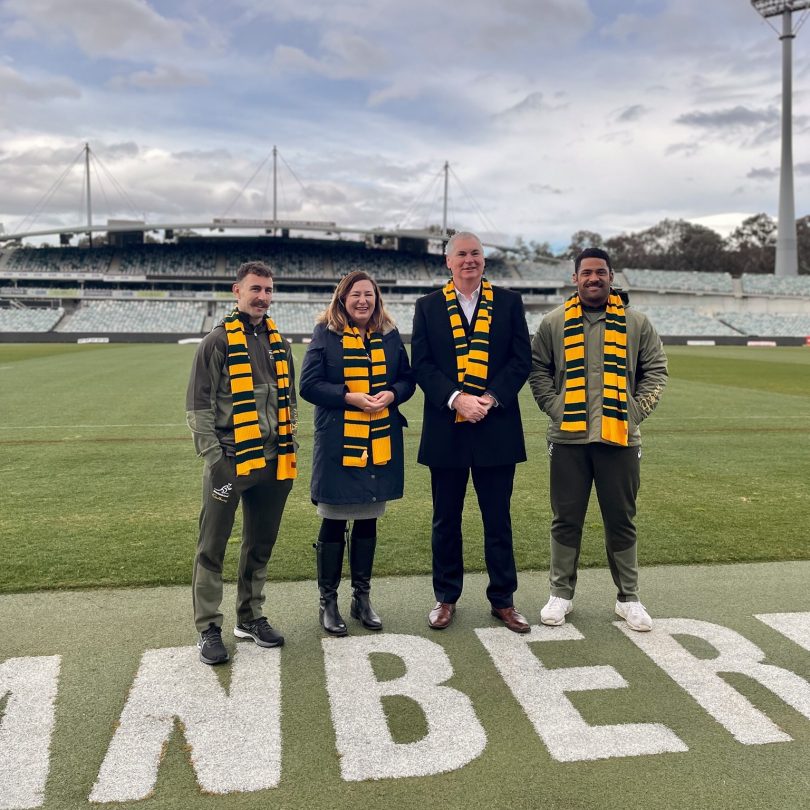 The ACT has been in the international rugby wilderness for over four years, but that will change later this year when the Wallabies face Argentina in the Rugby Championship at Canberra Stadium.

Officials will undoubtedly be looking for greater numbers to turn out in October to watch the Wallabies’ final test before heading to Japan, then Europe, for the Spring Tour.

Given the dearth of top-level sport in Canberra at that time of the year, there will be expectations of a decent crowd.

The timing of the allocation of the Test to Canberra is interesting given the work going on behind the scenes to secure the ACT as one of the venues for the 2027 World Cup bid. For this to happen, Rugby Australia and the bid team will need the support of the ACT Government.

“The ACT Government is excited to be working with Rugby Australia to support the return of International Rugby to Canberra,” she said.

Ms Berry added that having an international fixture would be a positive for the Canberra community, which can look forward to coming out in numbers in a COVID-safe way.

There are a number of Brumbies players in the Wallabies squad, and they are also looking forward to representing their country at home in the ACT.

Scott Sio, who has spent his entire rugby career with the Brumbies, said that playing against Argentina at Bruce in 2017 had been a memorable opportunity for him and one he hoped more Brumbies would be able to share this time.

Nic White didn’t share that opportunity last time but will have his fingers crossed for selection this year. He described the chance to don the gold jersey at home as “a dream come true” for those selected.

It could be argued that it makes sense for Canberra to be included on an annual basis and not the current ad hoc approach, given the success of the Brumbies and the strong rugby culture in the city and surrounding region. 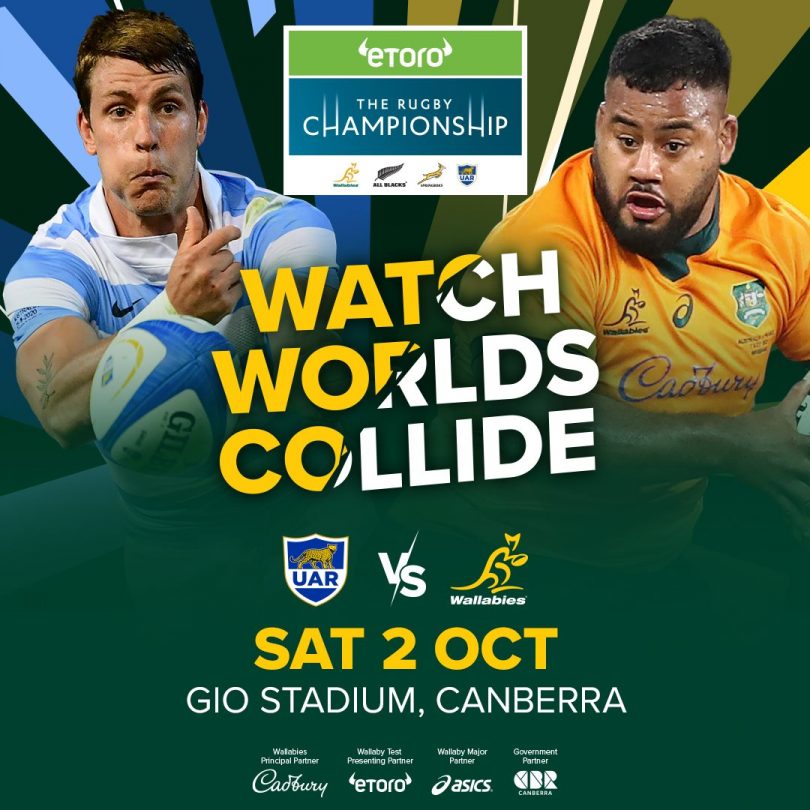 It’s been a while, but the Wallabies will be back in the capital, taking on Argentina. Image: Rugby Australia.

Brumbies CEO Phil Thomson said the Test would be a great opportunity for Canberra and the region to show their support for the Wallabies.

Thomson added that Rugby Australia had been engaged with the ACT Government “for a while now” to secure the fixture, relying on strong support from across the Capital region and potential interstate fans to fill seats in a difficult time for live sport.

Australia will also face the Pumas at McDonald Jones Stadium in Newcastle in a re-match of their dramatic 15-all draw at the same venue last year.

In other Test matches and venues announced on Wednesday, the Wallabies and world champions South Africa will square off at the SCG on 12 September.

Tickets for the Canberra test go on sale to the general public on Friday, 23 July.

Rugby Australia announced that the Wallabies would also play tests in the Rugby Championship this year in Perth, Sydney, Brisbane and Newcastle.

Neil John - 11 hours ago
we drove to see my parents about a month ago at captains flat and it was a challenge to find a patch of road without massive... View
Lynne Donaldson - 14 hours ago
One of the worst road we have driven on, we drove to Captains Flat last week and couldn’t believe it’s condition. Rob Don... View
Nick Dal Molin - 14 hours ago
Eben Abraham have you seen the condition of the Captains Flat road??? Nothing in Cbr compares.... View
News 307

@the_riotact @The_RiotACT
Looking for a year-round #SnowyMountains home that has it all? This beautiful #home on the shore of Lake Jindabyne has every luxury and convenience you could ask for, and some you never knew you needed https://t.co/pXr0NwK2ap (35 minutes ago)