Meet Phil Ryan - the face of drought in the Bega Valley 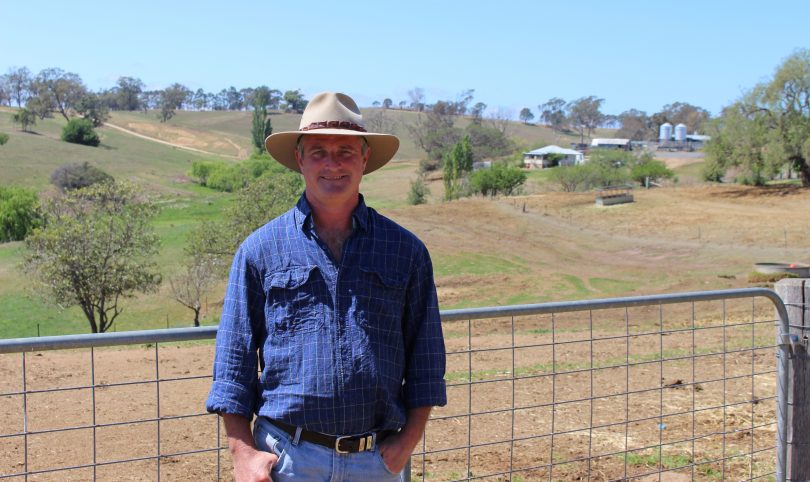 Sitting in Phil Ryan’s mostly empty hay shed at Toothdale, south-west of Bega, I get a sense of the real impact the drought is having and what’s needed to set dairy farmers like Phil up for a sustainable future.

“It can be tough. I’ve seen a psychologist a couple of times. There was a time where I shut down and wasn’t doing the struggle,” Phil tells me with a face full of emotion.

“I came really close to dropping a really important ball yesterday. I was told I wasn’t going to get my next load of pellets unless I paid the bill for the last load.

“I can’t afford not to have those pellets to feed the cows. I knew I had money coming in and that I was good for that money, but I didn’t know if the money would come in [before I needed that load].

“I spent a couple of hours pretty much in tears, almost physically sick.

“I ended up being able to pay that bill at five minutes to midnight. That’s something that dairy farmers around the country are dealing with.”

Phil says the dairying community is strong and people are looking out for each other in these times of drought and industry flux around pricing.

“Mates just checking up on each other, making sure you’re okay. We all understand the juggling act that goes with working out who we are going to pay this month and who can wait until the next amount of money comes in.” 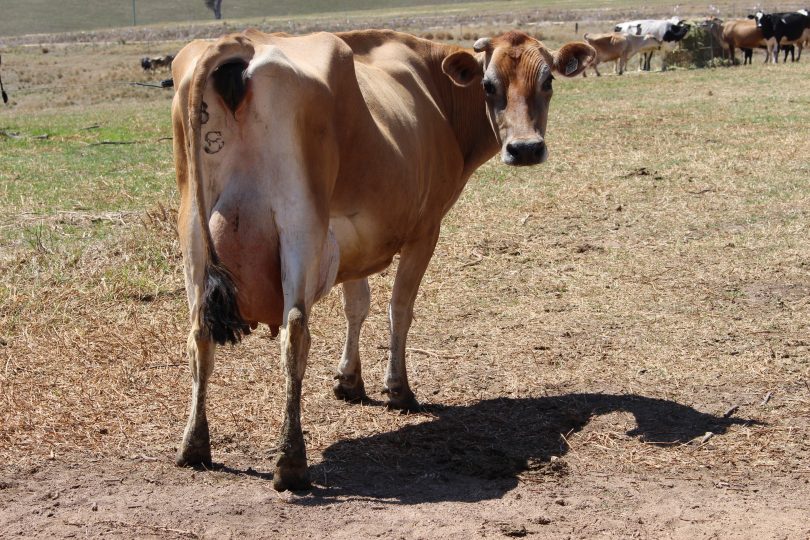 A Jersey cow, one of Phil’s 165 milkers. Photo: Ian Campbell.

Phil is a dryland farmer who runs his own 705 acres and leases a further 150 off Wyndham Lane. Buying the farm with his father and brother in 2007 brought him to the Bega Valley. These days he runs the property in his own right with partner Deb and two staff.

As a supplier to Bega Cheese, Phil’s herd of Friesian and Jersey cows peaked at 220, but the dry times have forced him to cut back to 165 milkers. He’d love to grow his herd to 300 and build a new dairy but those plans are on hold.

While the skies have opened and delivered a break at times, Phil considers the last two-and-a-half years as being ‘in drought’.

“We are putting out about two tonnes of hay a day and the same volume of pellets in the dairy because there is effectively no grass on the farm – we need some rain desperately to fix that,” Phil explains.

The challenge is to keep the cows fed with quality materials to keep them healthy and producing milk for Australia’s iconic cheese brand. The pride Phil takes in being able to do that in these hard times is a big as the boots he wears.

The cost of having to buy in that feed as opposed to being able to grow your own adds $1,100 a day to Phil’s expenses.

“Add to that the fact that the cows are down in production, there’s the cost of somebody being in the tractor for a couple of hours a day to put the hay out, it adds up pretty quick.”

That toil is a long way from the experience customers have when they put milk, cheese and other dairy products in their trolley at the supermarket. But it’s a relationship with the farmer that is having its own impact and adding to the pressures these big blue skies cast on our producers. 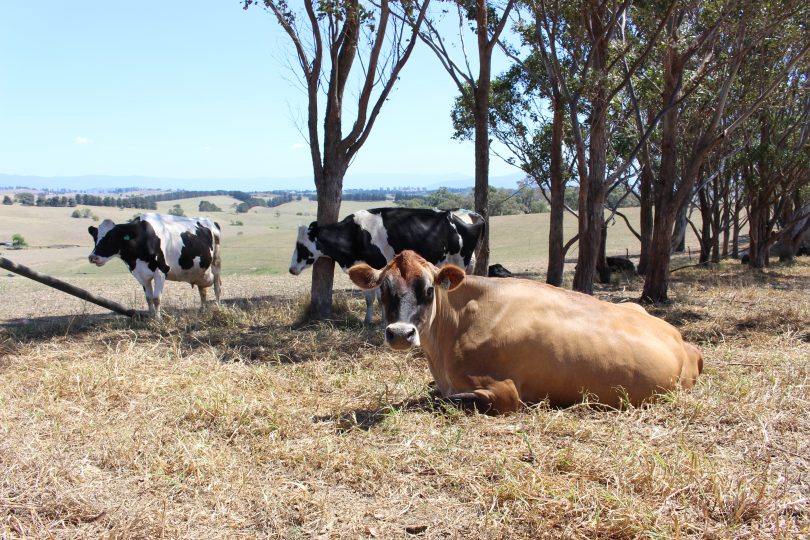 The cost of having to buy in that feed as opposed to being able to grow your own adds $1,100 a day to Phil’s expenses.

Phil talks about the need for meaningful drought assistance and industry reform and regulation, as a way of helping farmers now and in the future, and taking care of Australia’s food security.

“In the dairy industry, we’ve had our prices artificially capped [and it’s] stopped us from getting a better return on what we produce,” Phil says as the conversation shifts to the supermarket wars around dollar-a-litre milk.

“We’ve seen some intervention from supermarkets on just their own brands of milk [charging a 10 cent drought levy] which has gone to some dairy farmers and that has enabled them to make the issue of dairy farmers go away.

“But they need to be looking at price increases on cheese and butter and not importing the cheap stuff from New Zealand which is undercutting Australian farmers.

“We are selling it cheaper here in Australia then they are selling in for there in New Zealand. Our Free Trade Agreement means we can’t charge them with dumping cheap product here.

“We’ve got dumped US cheese in most of our major pizza chains being delivered here cheaper than it costs to produce because the US subsidises their processors for exports.

“If we had real, free and fair trade they wouldn’t be able to compete on the world market – it’s not a level playing field.” 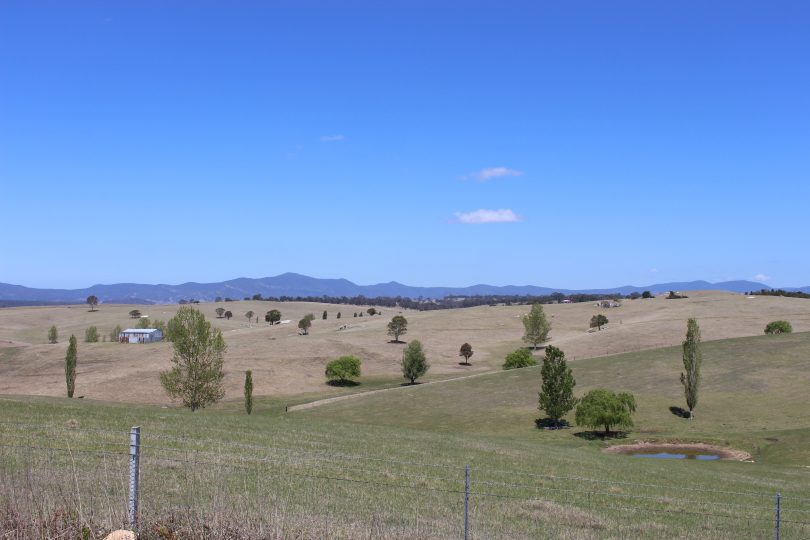 The dry hills around Candelo on your way to Phil Ryan’s farm.

Phil is also frustrated that food labelling makes it hard for customers who want to support Australian producers to do so, “it needs to stare you in the face”.

“This idea that the government can’t intervene and that the market will take care of itself clearly isn’t working for the dairy industry,” Phil says.

“The industry is deregulated but it’s not unregulated – there are loads of regulations affecting the dairy industry.”

Phil wants to see a ‘dairy levy’ added to the regulations tied to the industry that would see the price of milk, cheese, butter and other dairy product increase in order to better support the farmer.

“And in terms of disadvantaging the consumer – they have had dollar-a-litre milk and $6 a kilo cheese for years at the expense of the dairy industry.”

As a member of the NSW Farmers Dairy Committee, Phil believes the real cost of milk should be a minimum $1.50 a litre, “that provides farmers with a reasonable return, it provides margin for processors and is a fair go for consumers as well”.

“There is a lot that government could be doing that they are not.”

There is so much more, click play to join the conversation in Phil’s hay shed…

LIVE with Phil Ryan talking drought at his dairy farm near Candelo, west of Bega.

The point about trade dumping and under cutting is very relevant especially in economies that can apply certain levys and discounrs rather than efficiencies and productivity returns … for instance subsidise dairy farmers because car manufacturing is booming (Peter and Paul situation) … this doesnt happen in Aus? In fact we set up small producers to be exploited as stated. Likewise big Corporations have options to minimise taxes and thus govt revenue is reduced at a time when that should be streamed to assisting some producers especially in drought. In effect big Corps not paying a fair amount of tax given revenue means govt has to tax others more or reduce services and reduce support or borrow more!!!

Thanks for sharing the message.

Proud of you Phil Ryan. I worked with you in a very different career (for both of us!) decades ago and you were one of the best then. You obviously haven’t changed. Sorry things are hard right now… take care mate 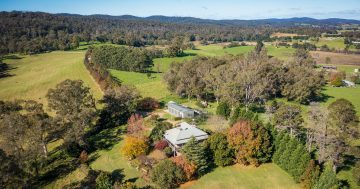