'Think about who you're stealing from'; pleas for free food to be left for those in need 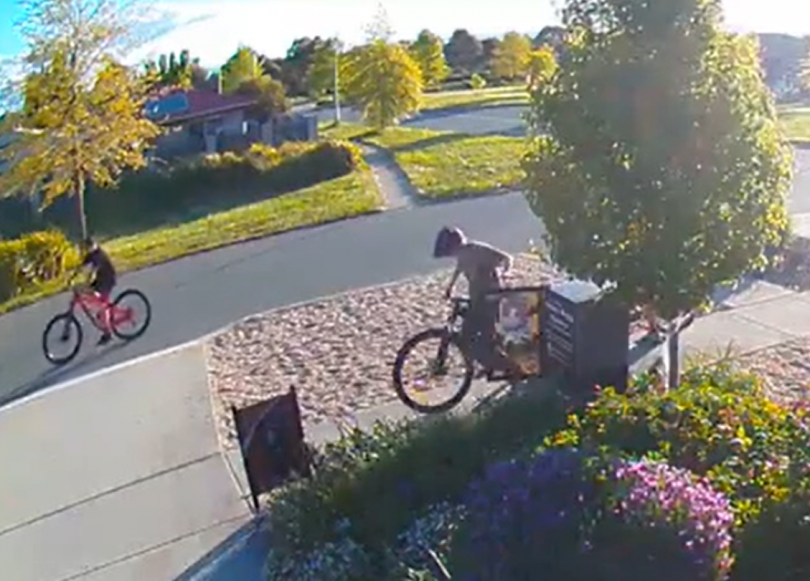 The teenage boys were caught on camera stealing from the community pantry. Photo: Facebook.

The founders of a free community pantry in Dunlop that provides food to people in need are appealing to the teenage boys who stole from it to think about who they are hurting.

The Percy Begg Pantry relies on donations from the community to support people in need, with the facility freely available to anyone that needs it, all day, every day.

However, the co-founder, Allison Lubransky-Moy, says, on occasion, it has been used by people who are not the intended recipients.

Over the weekend, for example, a group of young boys took from the pantry and made a mess as they rode away. Ms Lubransky-Moy said these types of incidents were incredibly frustrating.

“It’s a bit disappointing that that sort of stuff happens in our community when primarily we built it for those in need and to bring the community together,” said Ms Lubransky-Moy.

“It does make us question our decision to keep it open at times when you see that sort of stuff unfolding in front of you.”

The project was inspired by an encounter the Lubransky-Moys had with a man in Belconnen Mall who stopped them and asked for something to eat. They obliged and took him to get a coffee and some food, and his level of gratitude for what they at the time considered a small gesture, stuck with them long after they left the mall.

They went home and discussed how the pandemic had created a need within the local community, and they considered how they could help fill that need. The idea for a community pantry was born, and they now offer a service with a number of regular users who have come to rely on them.

The community has rallied to support their project, with Ms Lubransky-Moy saying their garage is filled with donations.

“It’s a bittersweet thing because it’s lovely to see that it can sort of pull the community together and it has really proved to us that we live in a really generous community, but I guess the bitter part of it is that there’s actually a need for it and we get multiple people dropping in on the daily, that utilise the pantry on a very frequent basis,” she said.

That’s why when incidents like this occur, she believes the community deserve to know about it.

“Anything that happens with the pantry, we generally like to share it with the community because I guess it’s an initiative which is run for the community, but it’s sustained by the community,” said Ms Lubransky-Moy.

“We like to share all the triumphs and the disappointing moments with the community because ultimately it’s their time and effort that has been wasted as well.”

She wanted would-be culprits of stealing from the pantry to “think about who you’re stealing from”, and explained that if the initiative continues to be misused, then it may one day stop altogether and could prevent someone in need from having access to items.

The pantry is located at 14 Percy Begg Circuit in Dunlop. If you’re interested in donating non-perishable items, including toiletries, they can be left at the front door at any time of the day.
Share this article

Just a thought, but how was it determined that the teenage boys were stealing from the pantry rather than people in need utilising the free pantry as intended? My immediate thought was they could be young carers for an unwell parent or from a difficult home where dinner isn’t happening. Am I missing something from the story here?

They vandalised the pantry and left a huge mess.

Thanks Charlia for the clarification. I wasn’t clear on that from reading the article.

If that’s my son, that bicycle will be in pieces.

It’s a shame but certainly can be aided in the right direction through contacting schools in the area and inviting them to join the conversation with their young people.

I have to say I did wonder how long before this happened… sorry it happened, but the world has idiots in it and they will do these things… Hopefully their parents will see the pictures and these young people will be able to be taught right from wrong and maybe even learn to contribute rather than destroy… good luck.