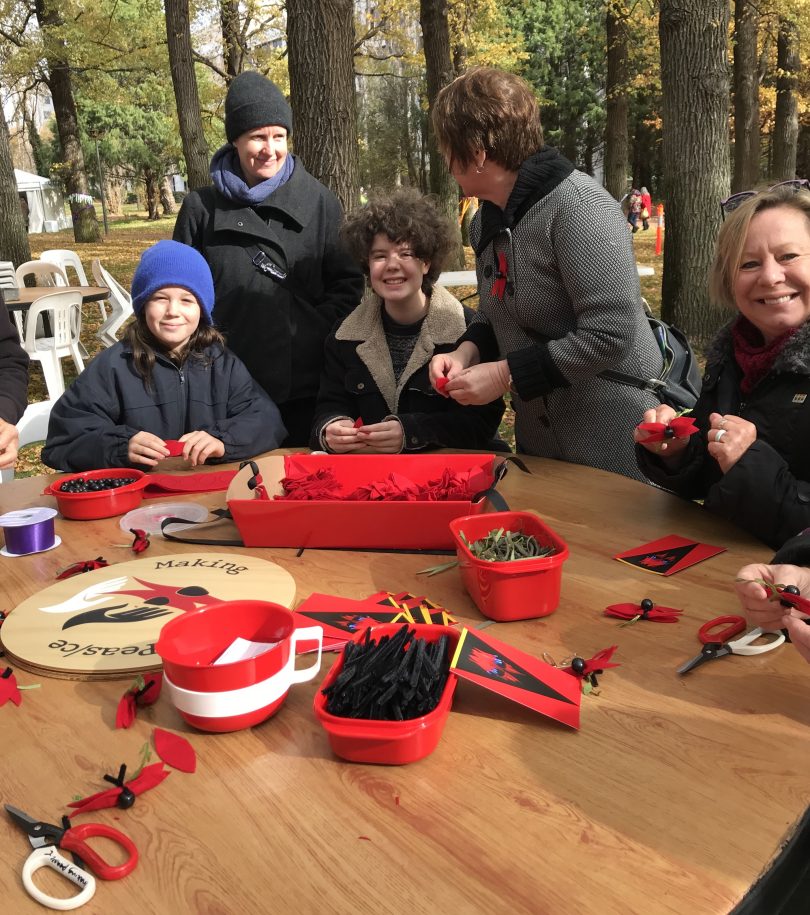 Despite one of the coldest May days on record in Canberra for decades, the sun broke through the clouds and thousands turned out for Reconciliation in the Park. The free event used music, food, art and workshops to kick-start conversations about Reconciliation. 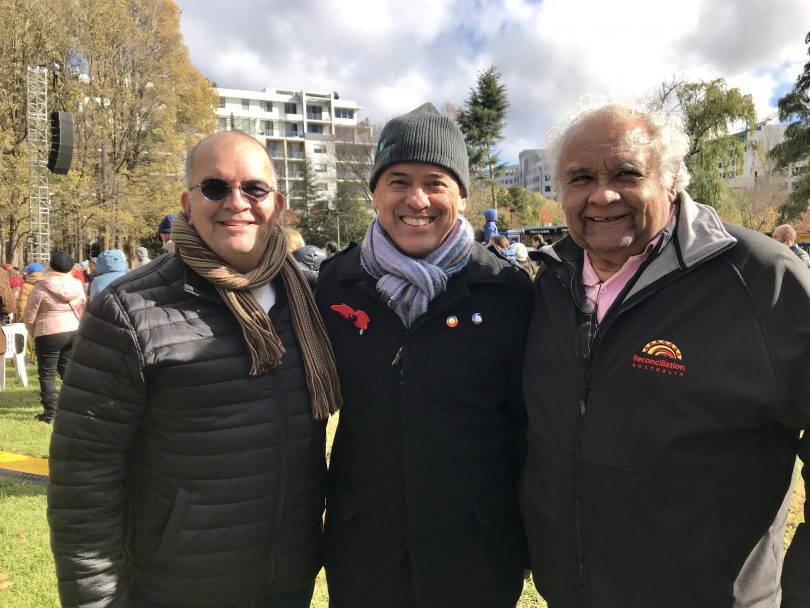 Reconciliation Australia chair, Professor Tom Calma called the ACT “a national leader in wanting to recognise reconciliation by having a public holiday. It’s a great opportunity for people to reflect on what it means to them.

“You can see people messing around enjoying themselves, kids getting involved – it bodes well for the future of Reconciliation. And the indigenous community are here too – it’s great to see the elders opening up their hearts and talking to people,” Professor Calma said. 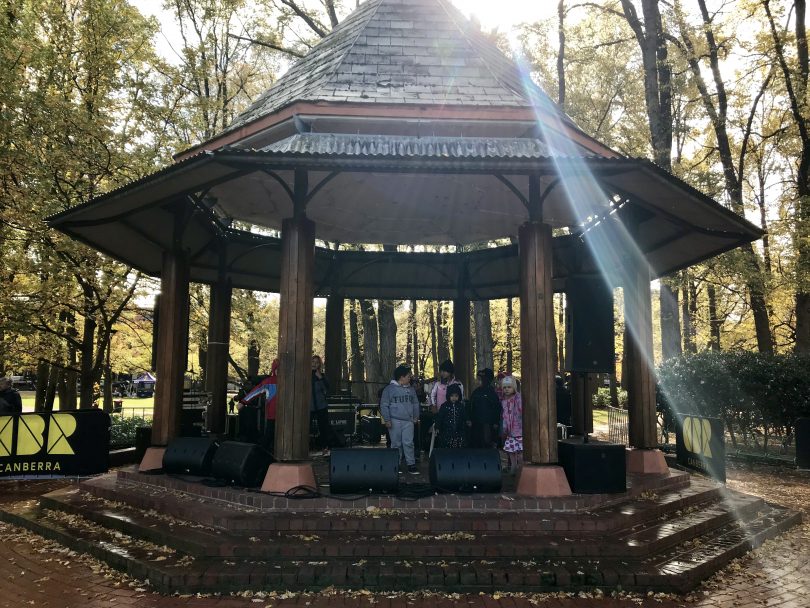 Singer Johnny Huckle entertains some of the children at Reconciliation in the Park.

It was the second year for the event, coinciding with the ACT’s public holiday to mark Reconciliation Day. The ACT is the only jurisdiction to mark the day, which begins National Reconciliation Week nationally.

National Reconciliation Week is always held from 27 May to 3 June. These dates commemorate two significant milestones in the reconciliation journey: the successful 1967 referendum, and the High Court Mabo decision. 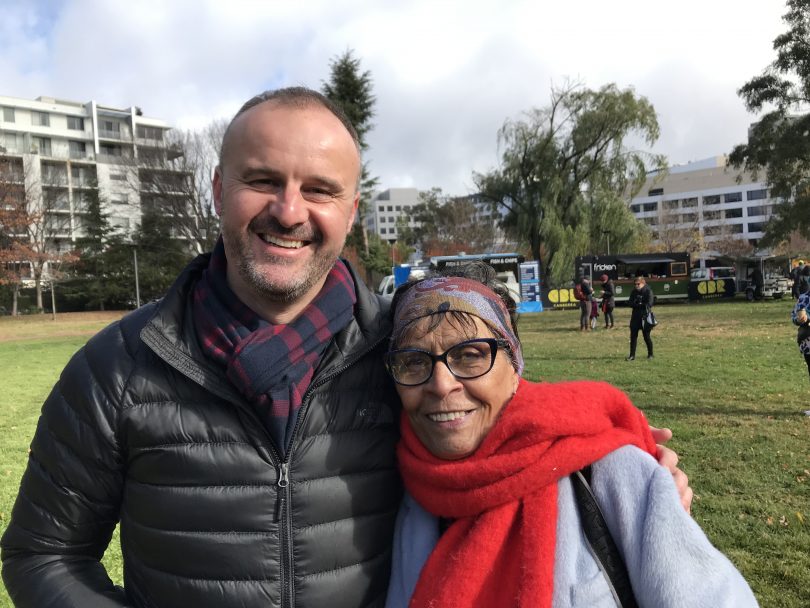 The 2019 National Reconciliation Week theme is ‘Grounded in Truth, Walk Together with Courage’ and many of the events on the day were centred around having conversations with stallholders including the United Ngunnawal Elders Council, Australians for Native Title and Reconciliation, and activities that included language workshops, basket weaving and painting. 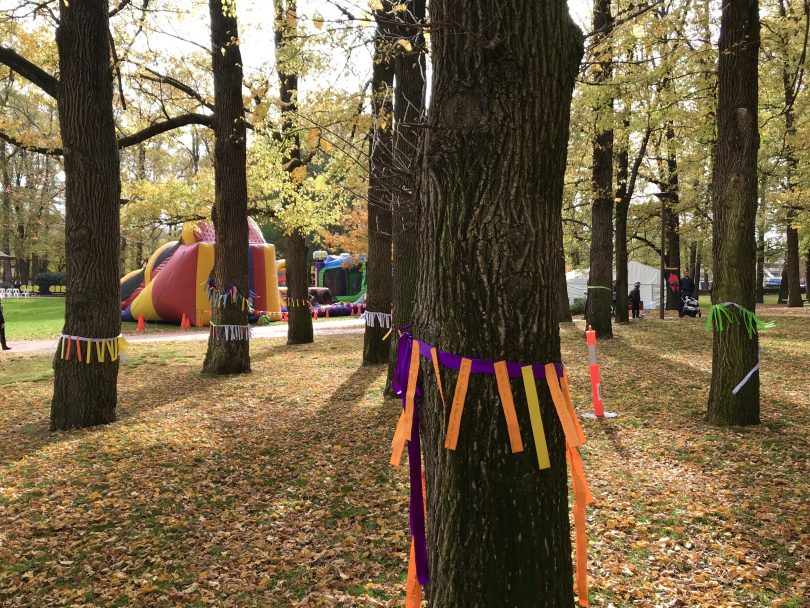 Visitors were also invited to mark where they had been born or lived on an indigenous map of Australia, without state borders or boundaries but delineated by language and tribal groups. 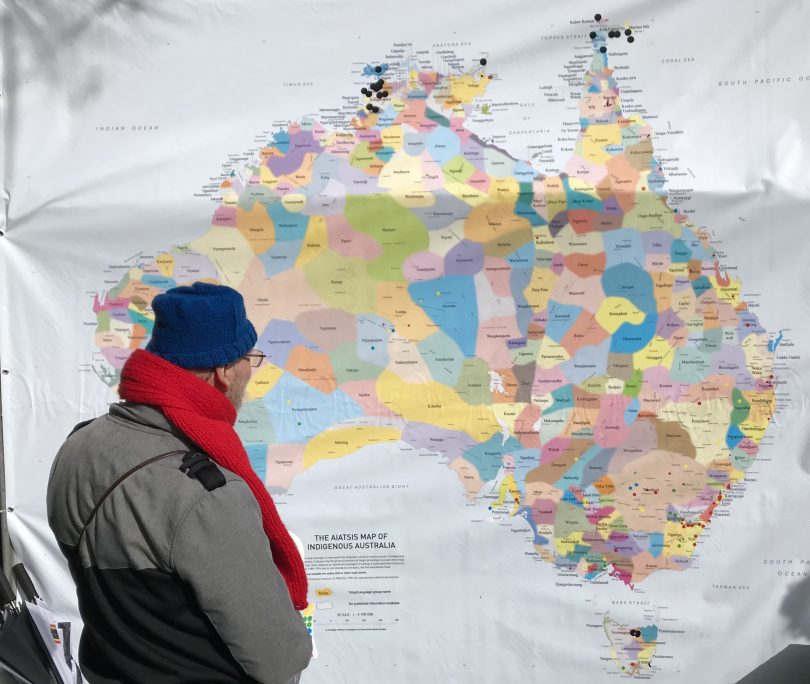 Visitors were asked to mark their country with a sticker on an indigenous Australia map.

Lead performers the Merindas electrified the main stage and brought in audience members for their infectious mix of tribal beats and electronic pop and dance music. They were joined across several stages by performers who included Lyneham local Grace Obst. 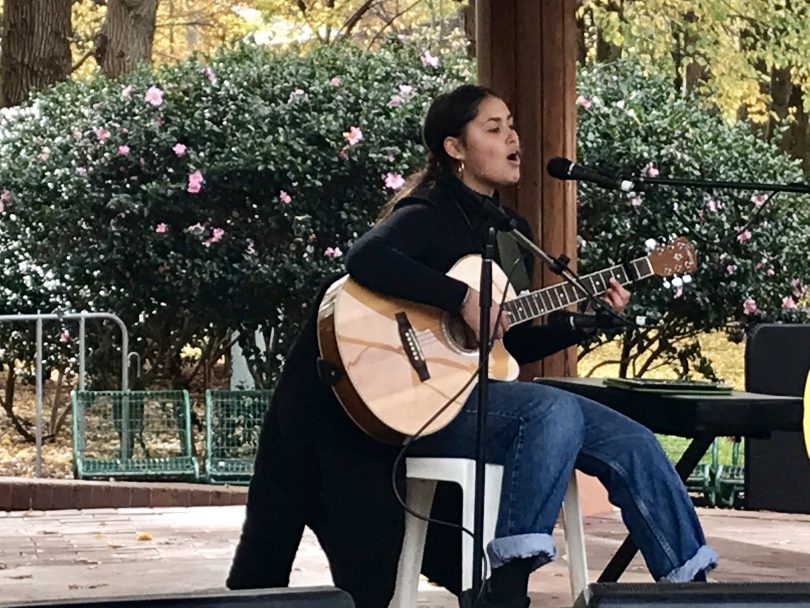 Lyneham musician Grace Obst was one of the performers at Reconciliation in the Park.

“This is just one of a number of events held across Canberra,” Professor Calma said. “I think we should be very proud of what we’ve been able to achieve. The music has been super interactive with parents and kids, all the stalls were well patronised, it just felt like a really good day.”

Danielle Crombie - 24 minutes ago
Melissa you missed Matt in Jugiong last visit 😒 View
Fred Lamb - 53 minutes ago
Who cares? He is supporting the Australian film industry. View
Alwyn Edwards - 5 hours ago
Had a beer with Richard Clapton 25 years ago on the Gold coast View
Opinion 6

consumeradvocatecanberra - 1 hour ago
Good on you Mark for stating the bleedingly obvious. What I would like to see is evidence based figures from Housing, prefera... View
Trish Casey - 2 hours ago
Elderly people and those with disabilities are put in ACT Government house and then for gotten or bullied by maintenance View
ChrisinTurner - 4 hours ago
If the ACT government continues to demolish more public housing dwellings than it creates, the problem cannot be solved. Publ... View
News 2

Jenny Graves - 2 hours ago
I do hope that we aren't going to lose all of our deciduous trees, to be replaced by eucalypts. That would change the whole l... View
ChrisinTurner - 3 hours ago
Can anyone explain why the Tree Protection Act does not apply to street trees? Developers appear to be free to remove any str... View
Lifestyle 9

Surojit Samanta - 4 hours ago
Piyush Subhajit photography? View
Shane McMinn - 17 hours ago
Ché Baker will this get a DVD release at some stage?? View
Property 8

Helen Prior - 7 hours ago
About the roads.Enough traffic. already. View
Motoring 34

Julie Macklin - 14 hours ago
Linda Stapleton I rode to work in the rain. I had wet weather gear to wear. Well, I did until into my 50s. Then I began to ta... View
Stephen Harris - 18 hours ago
Julian Hayes thenif it increases their costs but not their profits then they will stop doing what they are doing and do it di... View
Food & Wine 3

Reconciliation is everyone’s business. It’s yours too.

@The_RiotACT @The_RiotACT
The fabric of our society still does not provide men and women with an equal chance, and it is deeply connected to women's homelessness, writes Belinda Munn https://t.co/VjU3kS9gfp (21 minutes ago)