Project X will be touring there new album nationally and teaming up with them for the tour is Canberra’s Big Dave!

The show will be hitting Canberra on September 6th.

Our boy Big Dave is also opening up for another star American group “The Outlawz” Tupac’s former crew.

Unfortunatly the Outlawz wont be hitting Canberra but along with Dave they will be at The Big Top Luna Park on Sept 13th.

Big Dave has just released the first single from his cd and a low budget music video to go with it….You can check out the song and video by CLICKING HERE.

You may recognise a lot of the scenery in the video as it was filmed around South Canberra.

Dave’s cd “Raw Stories Chapter One” is in stores and online September 1st…He’s doing big things and representing the capital hard where ever he goes so get behind your local MC!! 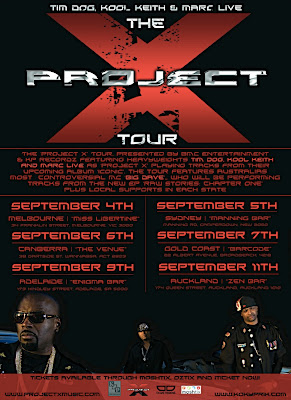 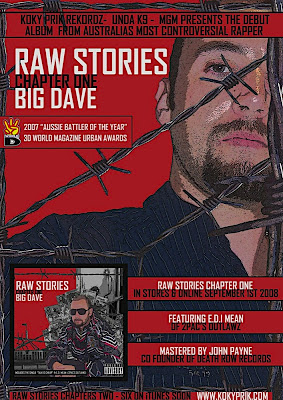 Nah I dont think Dave’s registered as a member on this site Jake.

Is this the same Big Dave who posted a comment on this site saying that he hated gays (“I’m not homophobic, I just don’t bloody like them”)?