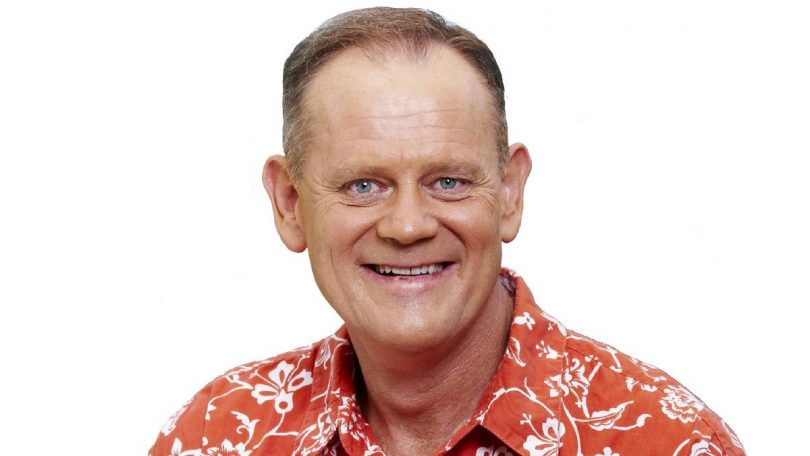 Tim Shaw is making a play to return to the Canberra airwaves. Photo: File.

Former 2CC Breakfast presenter Tim Shaw wants to be reinstated on radio after Alan Jones’ retirement announcement this week, making the argument that local voices are critical in an election year.

Shaw was moved from the key Breakfast slot after Jones’ show was networked across Canberra by the Macquarie Radio Group in mid-2019 and left the station soon afterwards.

Late on Wednesday, phones around Canberra buzzed with a message from Shaw, texting contacts from his radio days.

“I wrote to the GM of 2CC and the station owners asking that I be reinstated as host of the Breakfast program from 1st June 2020,” the message reads. “I hope you agree that local breakfast radio is critically important and you are supportive of my action to return to the airwaves.”

Shaw say he understands fully there are business decisions at play, but he’s insistent that with the announcement Ben Fordham will replace Jones in the Breakfast slot, there’s good reason for local broadcasting to return to the talk station.

“The decision was to take Tim Shaw off a successful and lucrative breakfast program,” Shaw told Region Media.

“When you’ve got someone like Alan Jones who has, for 35 years broadcast around the country and been a pretty formidable competitor, it’s nevertheless self-evident that Alan Jones wasn’t good for Canberra radio,” Shaw says.

“Tim Shaw beat Alan Jones’ numbers in our Canberra surveys, as did Mark Parton for that matter. There’s a bloke called Tim Shaw who still lives here and loves this city. All I want to do is talk to Canberra.”

The Australian has reported Jones was told by Nine Radio chief Tom Malone that although the network would pay out $4 million on his June 2021 agreement, it was time for the veteran broadcaster to go. In addition to his $8 million two-year contract, the radio network paid $3.75 million to the Wagner family of Toowoomba in 2018 after they successfully sued for defamation.

Networking Jones as widely as possible was seen as an effective way for the network to offset Jones’ salary costs and the sizeable defamation payout.

Additionally, there had been substantial damage to advertising revenue in recent years due to Jones’ public comments. The program was estimated to bring in revenue of around $12 million per annum. However, after several major public spats, revenue slumped 50 per cent last year when Jones told his listeners that New Zealand Prime Minister Jacinda Ardern should have “a sock shoved down her throat”. More than 80 brands cut their ties with the show and a large number have stayed away since.

Shaw says that Radio 4BC Brisbane has now made the call to go back to local broadcasting and he thinks 2CC should do the same in Canberra.

“I think that the community needs a strong local voice that understands Canberra, especially in an election year” he said.

“I’m not a bully – and I’m not saying Alan Jones is or was, he is a voice and a colleague – but I go back to the basics of what listeners in Canberra deserve. I’ll talk to anyone. I don’t need a political scalp to make my listeners like me.”

Asked about the well-publicised local bus campaign advertising Jones that prompted a petition to the Legislative Assembly, Shaw says “some listeners like us on the radio and some don’t, some think we’re biased, some think we overreach. That’s the passion of talking to people on the radio. You are a guest in the listeners’ living rooms and cars and kitchens, so treat them with respect.

“I’ve never, never considered myself a victim. If you said to me ‘it’s just not working on the radio’, I would respect the call. But that didn’t happen to me when the decision was made to network Alan Jones into Canberra. My first reaction was not for Tim Shaw but for Canberra.

“But it’s the Canberra listeners that should be asked. The challenge for 2CC, and the ABC too, is that they just don’t ask their listeners enough what they want. A networked voice out of Sydney or a local voice?”

Yeah with footie season about to restart we need Tim back. Could often score free tickets from Tim if you were brave enough to ring up and share an experience.

Tim is a sensitive, kind and very professional radio host. We should def have a local voice and his is a really good one to choose 😊

Tim is a master of disarming, incisive, out-of-left-field questions at National Press Club lunches – that skill could be very usefully deployed in the remaining months before an important ACT election.

Toxic Maquarie Group.
AJ gone? Oh, my.
Smiling, hoping, that he doesn’t emerge from retirement and get airtime anywhere else.

Surely he is busy enough lurking I mean lobbying around APH?

4BC Brisbane isn’t bothering with Ben Fordham replacing Alan Jones. They are reinstating a local breakfast show because they recognise how parochial Sydney Fordham is, and how weak he is as a drawcard – Fordham’s show is the only only one on 2GB which doesn’t win its timeslot, being regularly beaten by the ABC and the FM music station Smooth FM.

Tim Shaw managed to provide a good show when he was with 2CC. Since he was replaced with Alan Jones, 2CC lost a lot of its local identity, being seen as merely a relay of another radio station from somewhere else. Really, the other day when Jones played a Joan Sutherland opera piece from many years ago I thought what Tim and Mark Parton were thinking, knowing that they’d been replaced by that.

2CC needs a reboot and a new identity because it has been in decline since Jones began being relayed here. Tim coming back would provide a fillip for a revival and make the station relevant to Canberra again.

Nat caps, is your best bet.

As long as he is sponsored by Demtel

Yep Tim would be fantastic. Bring him back

Bring back Tim. Start a campaign.

Its a big YES from me