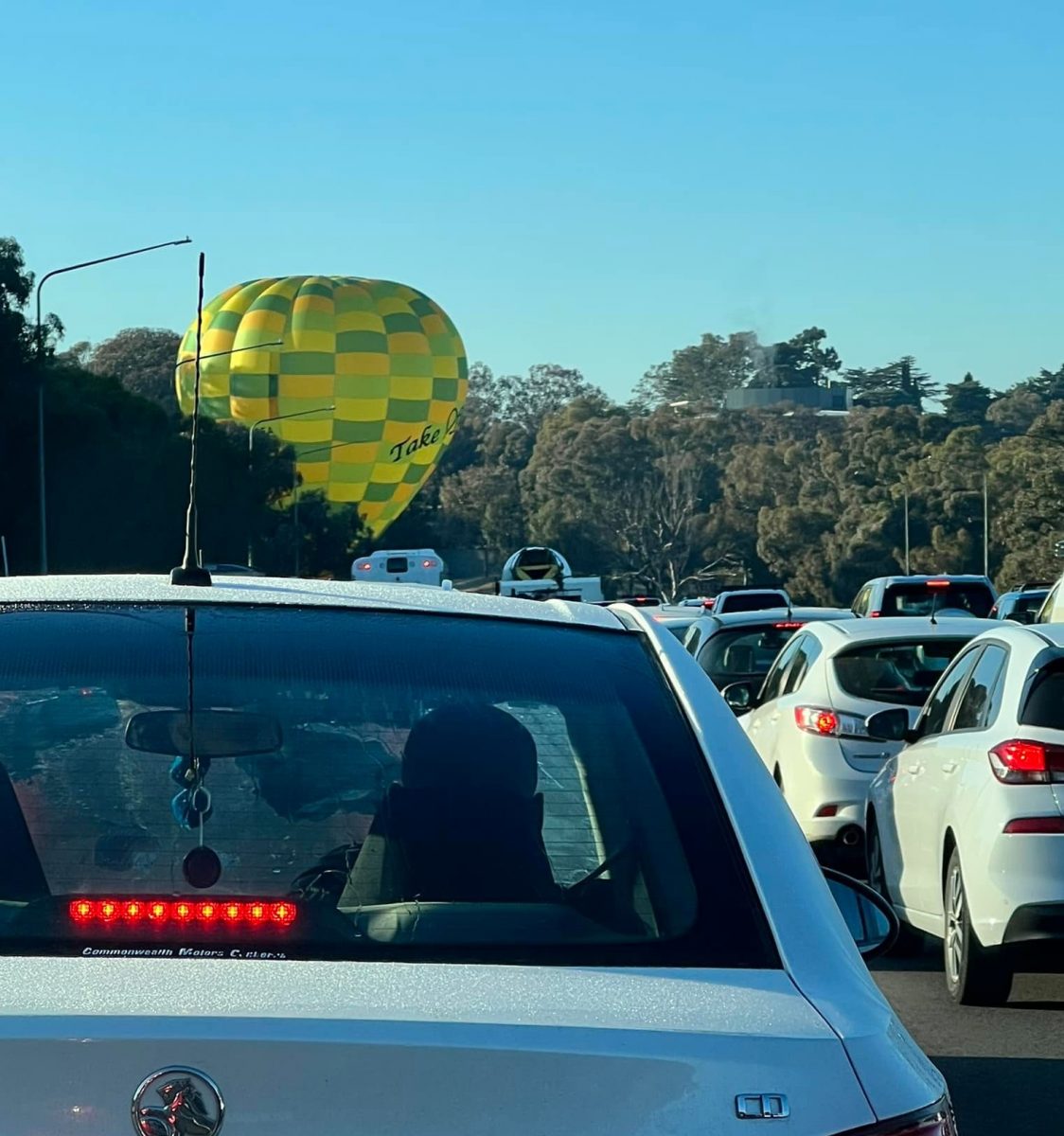 Motorists on Parkes Way faced delays after the Take Off hot air balloon made an emergency landing at about 8:30 am.

Pilot Craig Farrell said it had all started as an “absolutely perfect flight”.

“The wind speed completely dropped out.”

Faced with a dilemma, the 37-year flying veteran searched for the safest place he could bring his vessel down.

“Balloons can’t steer or accelerate, so we were presented with a limited range of options.” 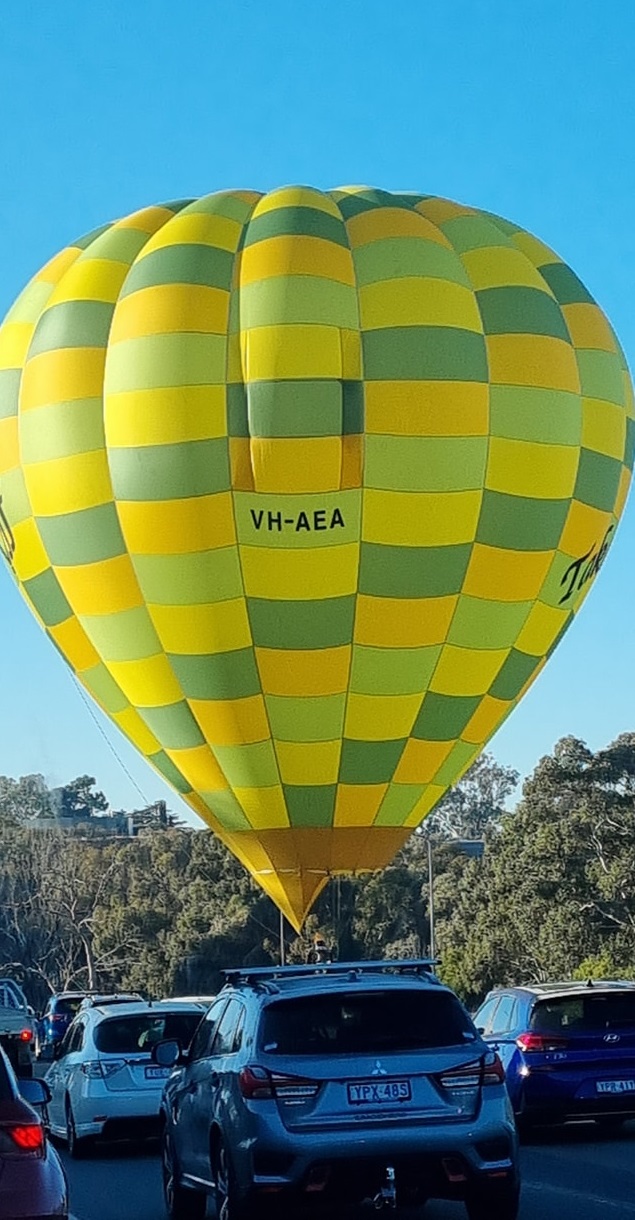 Police were on hand to guide traffic as the hot air balloon landed. Photo: Phyllis Wallace.

Craig called ahead to his team on the ground and ACT Policing, with officers already on scene to control traffic when Craig made his touchdown.

“It was a bit of a tricky landing. I’d put it up there in terms of technical difficulty because it was a bit tight,” he said.

But luckily, everyone was back on the ground safe and sound.

“Some tradies stopped to give us a hand, so it only took two minutes to get clear of the road and into a safer area,” Craig said.

“It’s such a lovely spirit here in Canberra.”

But the balloon wasn’t the only event causing traffic headaches on the ACT’s roads this morning. 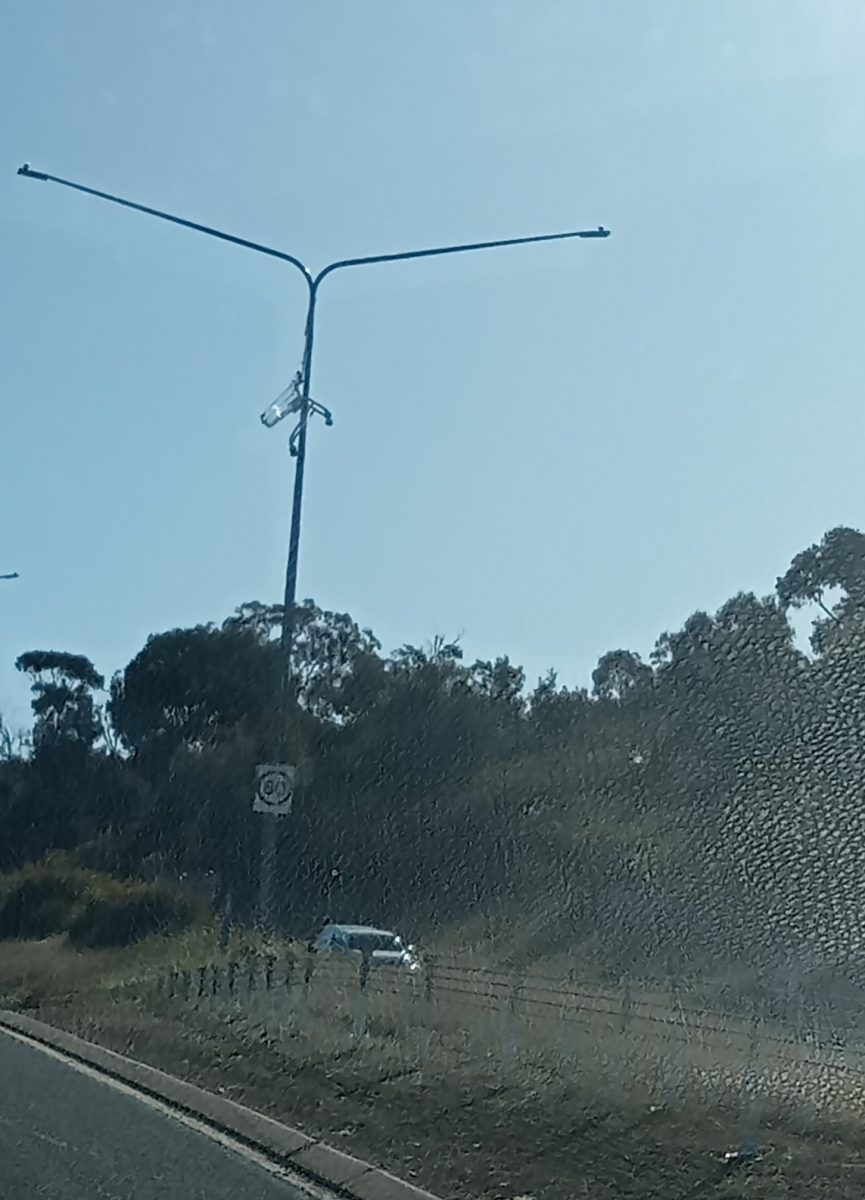 A trolley was spotted up a light pole on Erindale Drive. Photo: Melinda Thompson.

A trolley up a light pole on Erindale Drive had motorists wondering how on earth it had reached such heights.

Users of the Tuggeranong Parkway have been warned to expect delays next week, with lane closures in both directions from Monday, 18 July.

Bridge maintenance works would see closures between the Cotter Road and Hindmarsh Drive on and off ramps.

Only one lane would be open in both directions from 9:30 am to 4 pm daily from Monday 18 July to Friday 22 July.

The ACT Government said delays were expected and encouraged motorists to take another route if possible.

“If you are travelling on Tuggeranong Parkway, please be mindful of the reduced speed limits and changed traffic arrangements whilst these important works are carried out,” it said in a statement.