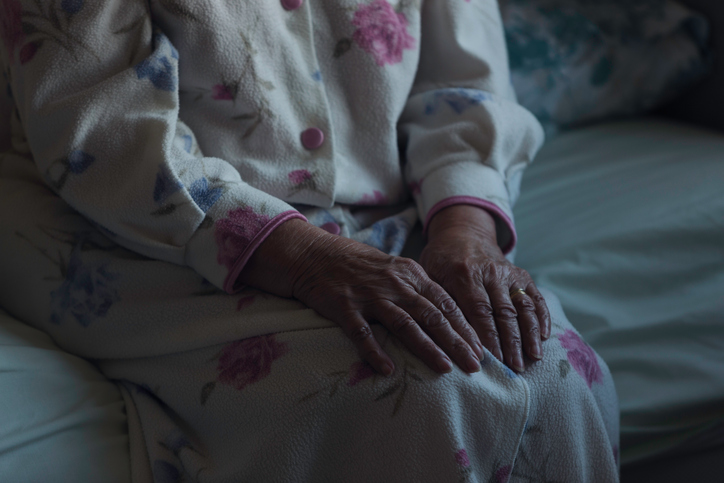 The tragic death of a 94-year-old man in a Canberra aged care home in January 2012 was among the preventable deaths examined in a landmark study of deaths in Australian nursing homes released today.

Last year an ACT coronial inquiry was held into the death of Charles McCulloch who was found beaten in his bed the day after he was moved into the high-needs dementia ward at the Jindalee Aged Care Residence in Narrabundah.

According to a study published today in the Medical Journal of Australia, Mr McCulloch was among almost 3300 nursing home residents to die from preventable causes between 2000 and 2013.

The deaths for reasons such as falls, suicide, choking and homicide have sparked a call for a national strategy to reduce harm and prevent deaths in nursing homes.

The study, led by Professor Joseph Ibrahim from Monash University, revealed that there has been an increase of more than 400 per cent in the incidence of premature and potentially preventable deaths of nursing home residents over the past decade.

The study found that out of 21,672 deaths of nursing home residents reported to the Coroners Court between 2000 and 2013, 3,289 deaths, or 15.2 per cent, were from external or preventable causes, normally unintentional.

Four out of five people (81.5 per cent) who died in aged care facilities from external causes died from falls, one in 12 (7.9 per cent) died from choking, and 1.2 per cent died from complications of clinical care.

Almost one in 18 people who died in nursing homes from preventable causes was killed – either from suicide (4.4 per cent) or resident-to-resident assault (1.0 per cent).

Professor Ibrahim said that many people may be surprised to learn that frail older people living in nursing homes or aged care facilities die prematurely.

“We tend to think the deaths of older people, and especially those in care, are due to natural causes,” Professor Ibrahim said.

“But although confronting to contemplate, residents die prematurely due to injury and violence,” he said.

“Investigations into deaths of individual residents by the Coroners Court and the recent inquiry into Oakden care facility in South Australia show vulnerable older people in care have been subjected to undue suffering and harm.”

In April last year, the family of Mr McCulloch were reported as describing to the coronial inquiry their own grief at imagining how he had died, but stopping short of blaming any one person.

“From the inquest proceedings so far it seems that it will be inappropriate to lay blame at the feet of any individual staff member for allowing the conditions that enabled Charles’ murder to occur,” they told the inquiry according to an ABC News report.

“We suspect that at least some factors that contributed to Charles’ horrible death are systematic and ongoing.

“There is no quick cure for problems in those areas, although we are grateful for any suggestions his Honour may make to speed improvements.”

Mr McCulloch’s death is not specifically singled out in the study released today but Professor Ibrahim confirmed to The RiotACT that because it went to the coroner it was one of the deaths researched.

Professor Ibrahim called for a national strategy to reduce harm and deaths in aged care facilities.

“Professionals from governments and the nursing home sector should develop strategies for preventing these deaths and establish a lead authority, responsible for reducing harm by improving practice in nursing homes,” he said.

“Currently no one entity is responsible for reducing harm by improving practice.”

Professor Ibrahim said that the study is the first in the world to look at potentially preventable deaths in nursing homes using information from medico-legal investigations.

“Improving the quality of care for nursing home residents requires a better understanding of how, why, where and when they die. The global population is ageing rapidly, and the need for aged care services is consequently increasing,” he said.

“With this study, we have our first real understanding of how many deaths are occurring in nursing homes that shouldn’t be happening. However, there is a paucity of information about the cause and manner of premature deaths of nursing home residents from which we can review how these operations are run.”

Although the study acknowledged that the large increase in preventable deaths in nursing homes would partly be due to better reporting, Professor Ibrahim also cautioned that the figures are probably an “underestimate” due to some deaths being misclassified as “natural” because injury-related factors can tend to be downplayed.

Last year the Aged Care Complaints Commissioner received 59 complaints about Government-funded aged care services in the ACT. The complaints related to residential care services as well as help at home.

The ACT complaints in 2016 related to concerns over health care, lack of consultation, quality of food and catering, personal hygiene care and the number/ratio of personnel.

The Aged Care Complaints Commissioner’s office advises that they are available to help if a care recipient, staff member, friend or relative has any concerns about the care and services someone is receiving in aged care.

In the first instance, they encourage people to speak with the service provider as it can be an easier and more direct way to raise concerns and often leads to a speedier resolution.

If the response from the service provider is not satisfactory, or if the complainant still has concerns, they are encouraged to contact the Aged Care Complaints Commissioner’s office directly to discuss the issues. They can be contacted on 1800 550 552, or by visiting the Lodge a Complaint page.

Have you been concerned about the welfare of people in nursing homes? Do you think a national strategy is the answer? Please let us know in the comments below.

Darron Marks - 38 minutes ago
I have always thought the dickson shops needed more government investment to make this area more vibrant. More underground pa... View
Sue Sedgwick - 3 hours ago
Angela Van Dyk unfortunately, I think we know the answer to that one. If anything, it won't be free. View
Angela Van Dyk - 3 hours ago
There better be multiple levels of underground car parking! View
What's On 2

Leigh Brady - 3 hours ago
The downside of that is that little CBR would be at the small end of any improvements/upgrades - and any decisions made on th... View
News 14

Despina Despina - 14 hours ago
We are so lucky in this country. Yet we have the COVID deniers, and anti vaxers who seem to refuse that COVID exists. Thank y... View
Lance Russell Baker - 15 hours ago
Timothy Bailey Too true. Their bizarre belief that they are the world's shining example of democracy is unbelievable. I could... View
Food & Wine 8

Commuters will have to swap some light rail services for buses for two weeks from Sunday as construction of the...
News 29

Indigenous people in the ACT are experiencing increasing incarceration rates and over-representation in the justice system, with a ministerial briefing...
Opinion 32