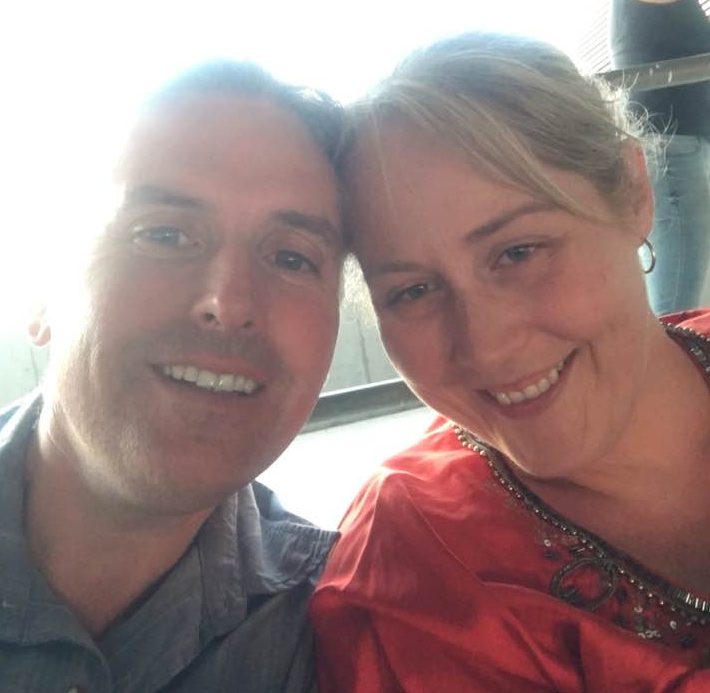 Toby Carr was killed in a kayaking accident last weekend. He leaves behind his wife Tania and two children. Photo: Facebook.

Tributes are flowing in for 48-year-old Toby Carr who was identified yesterday as the kayaker who died in the flooded waters of the Murrumbidgee River near Point Hut Crossing on Sunday (9 August).

Mr Carr left behind his wife of 11 years, Tania, and two children. Family and friends have taken to Facebook to offer their condolences.

“I have no words,” one wrote, “Toby was a great guy, thinking of you and your family xx.”

Another said: “I have such fond memories of growing up in Hungerford with Toby. My thoughts and love are with you and all of your family at this most tragic of times.”

Paddling friends, who were with Mr Carr on the river, said he was an “experienced and capable kayaker [who] became submerged on a man-made structure and was fatally entrapped”.

“There was a large group of experienced and qualified paddlers, river rescue experts and public who rendered immediate support and tirelessly established mechanical systems to effect a rescue,” a statement released on Kayak Canberra by paddling friends said.

“Unfortunately the paddler was unable to be rescued and his body was recovered many hours later at the site by police personnel after water levels had abated.

“Many people were present at the rescue site and it is acknowledged that they will be deeply impacted. Our thoughts go to the paddler’s family who are mourning the loss of a dedicated and loving husband, father and son.”

A memorial service for Mr Carr’s close family and friends will be held on Thursday (20 August) with a live stream from 10:00 am at The George Harcourt Inn at Gold Creek for those in the community who wish to pay their respects next week.

A link will also be made available for people to watch online in the coming days.

Tramcar Trev - 5 minutes ago
I must be really old, I remember when to get to Broulee it was dirt road. View
Clive John Trenton - 53 minutes ago
Come on people. It was replaced for a very good reason! As an old bridge it was likely costing a fortune to maintain due to i... View
Mitch Carrington - 1 hour ago
Was fun riding over this for some reason Mark Humphrey Wheeler View
News 35

Greg Myat - 8 minutes ago
Warwick Bradly Take it to Belco where people are, first. Or past asio and russell offices across kings ave. It needs to go pa... View
Greg Myat - 12 minutes ago
Martin Budden Every road will just be one big carpark then. View
Tramcar Trev - 35 minutes ago
$162million for about 1km of light rail does seem excessive. why do they insist on laying the track inn concrete where the tr... View
Lifestyle 37

Lyn Scougall - 19 minutes ago
Margo Bellis you told us that, that’s why we went there 👍 View
Margo Bellis - 40 minutes ago
Lyn....it was far better than Floriade View
Ali McNally - 2 hours ago
Nadine Pickersgill next year! View
Community 7

Grahame Barnett - 28 minutes ago
We "bribe" our magpie gang. We feed them. They don't attack their feeders. View
Karen De Britt - 29 minutes ago
Feed her mealworms, she'll come around 😁 View
News 28

whatwik - 39 minutes ago
Ha, try NSW regional travel. Disappointing yes, but prudent. Some of us do wonder about the obsession with the ACT Chief Mini... View
chewy14 - 2 hours ago
JC, No spin here, just facts. Whatwik claims that others have had to backtrack on their plans. Except none of the other state... View
Community 25

Capital Retro - 55 minutes ago
The Australia Post vans deliver mail to them early in the day so that the postie bike person can use them as a suburban pick... View
News 244

Nanna Lola Apted - 58 minutes ago
Who will look after them and keep them tidy. Who will prune them back when they overhang the roads and block drivers vision. View
Geoff Jones - 2 hours ago
Money could be spent maintaining public spaces and mowing. View
Opinion 31