Trying something new with Bloody Lips 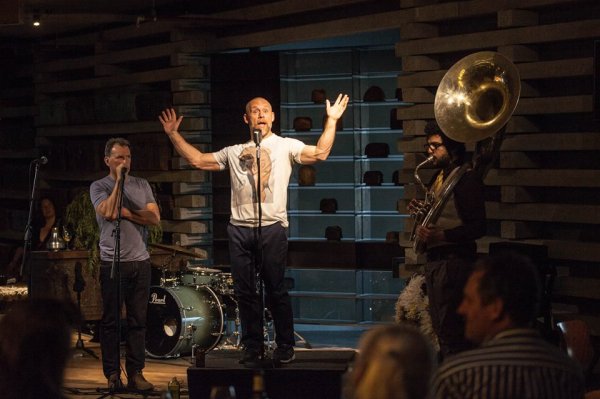 Bloody Lips (words of passion spoken and sung) was my first experience of Performance Poetry. Held at the Monster Kitchen and Bar at NewActon on Sunday afternoon, I’m not sure what drew me to it, but it seemed like a pretty cool thing to do.

The event was MC’d by 2013 Australian Poetry Slam Champion, CJ Bowerbird, who also shared some of his own poetry, which was my favourite of the night. For a girl who grew up in the 80s, reference to Pretty in Pink, the Breakfast Club and ‘pashing’ after school formals took me to a happy place.

Local poets Andrew Galan and Amelia Filmer-Sankey did a set each, showing the variety of performance poetry out there. Andrew was loud and fast in his performance. Amelia was fluid and paced.

The headliner for the afternoon was Buddy Wakefield, a three-time international performance poet, touring from the US. Although he claimed to be nervous and a bit ‘out of sorts’, his performance was captivating. His poetry was interwoven with his own views of life and politics (from god to marriage equality). He was fierce in his opinion and at times he almost stared the audience down in a challenge of our own assumptions. He did comment that he felt like he was very alone up on stage and insinuated that he was facing a hostile audience. I didn’t get that impression, but do know that as Canberrans we can take a while to warm up. He almost appeared to buzz on stage and I couldn’t help watch him. 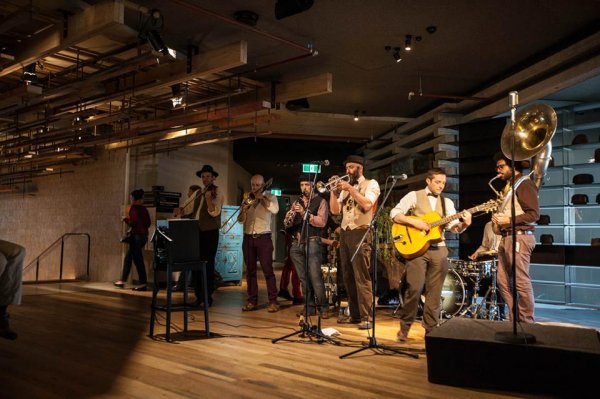 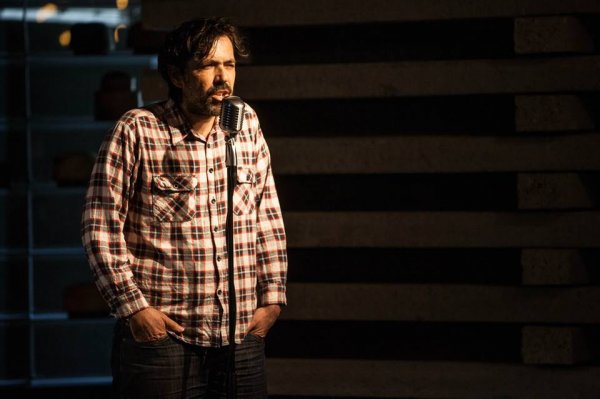 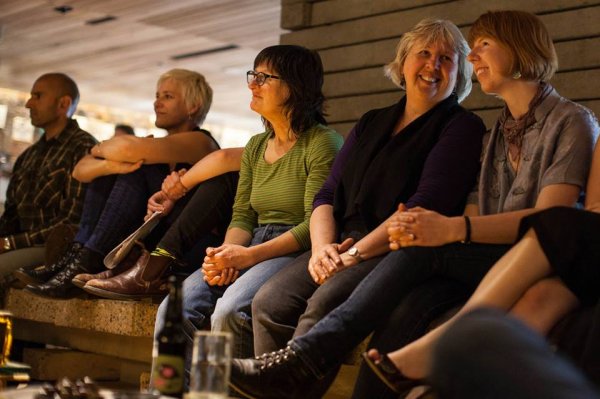 The afternoon was inter-twined with fantastic music from Moochers Inc. A band that oozed hipster cool and almost seemed to be making up the words as they went along. Part of the audience were up dancing, with some fairly nifty swing on display, the band gave a humour to the affair and provided a nice interlude to the more intense poetry.

For the enjoyment of the poetry and music, I would challenge whether the venue is right for the show. Monster is all hard edges and cement. I wonder if Bloody Lips would sit better in a softer space; one with comfortable seats and welcoming staff. There was also an unfortunate drill (or similar building sound) going on in the background for part of Buddy Wakefield’s set, which was distracting.

The next Bloody Lips is on the 30th of November. It’s well worth a look if you enjoy poetry, a few drinks and some good music.

Craig Sutton - 3 hours ago
Kathie Nash Yeah thanks scoop 🙄 I was referring to the entire northern part of Australia. Cairns, Townsville, Darwin etc... View
Sharon Cabban - 3 hours ago
Lani Metcalfe future for Jack View
Kathie Nash - 4 hours ago
Canberra will never get its own AFL team while we only have a 'stadium' that holds 13,000 at maximum. Need a bigger stadium t... View
News 31

Julie Macklin - 3 hours ago
Peter Hatfield Not faster if the bus gets stuck in peak hour traffic in Sydney, as has happened to me. I used to catch the bu... View
Peter Hatfield - 4 hours ago
Or just go to the Jollimont and catch a comfortable coach and be in Sydney an hour faster, and at a fraction of the real cost... View
Greg Myat - 6 hours ago
Ross McConchie I agree with you entirely about using rail more to get trucks off our main routes. But trains are the most eff... View
Property 13

Kacey Butterworth - 3 hours ago
Tim, let’s move. View
Jodie Kerec - 5 hours ago
Lisa Van Schieveen we could live here together. View
Gabrielle Driver - 6 hours ago
Lauren Edney look how nice it is. I'd have the cottage View
Sport 7

Donna Hofmeier - 4 hours ago
Why ? NSW Rugby have never been kind to us. View
News 5

Morven Isla - 4 hours ago
Trees are wonderful and I’m all for making things green. However the thing that we need more is public rubbish bins! The AC... View
accessdenied - 4 hours ago
Pretty cheap really. I find that the people that whinge about the cost are the people that expect the labourers to work for $... View
kenbehrens - 5 hours ago
I walked along a footpath behind a townhouse complex today. On both sides of the footpath were gum trees. The thing that caug... View
Lifestyle 1

kenbehrens - 5 hours ago
I don't have a big lot of space, so I concentrate on high yielding vegies. Mostly, zucchinis and "cherry" style tomatoes, tha... View
Food & Wine 4

@The_RiotACT @The_RiotACT
The new #VaxTheNation campaign is urging Australians to get the jab for COVID-19 so music venues can return to hosting gigs and delivering live #entertainment https://t.co/lo3ejx179F (4 hours ago)

@The_RiotACT @The_RiotACT
The ACT Government has established a dedicated quarantine facility to support vulnerable Canberrans and those who may find it difficult to stay at home https://t.co/BLnFyG5dx4 (6 hours ago)