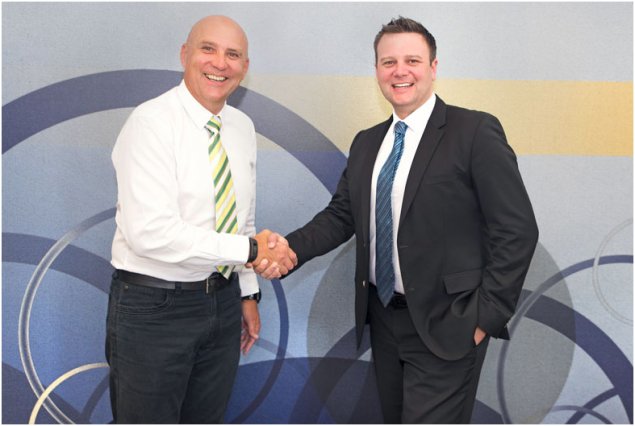 Club president John Thiele says the sponsorship is directly linked to the club’s highly publicised match against Melbourne Victory as part of the FFA Cup in September last year.

“We pulled out all the stops for our home FFA Cup match because we knew that the benefits of a successful event would be long lasting, and this two-year partnership with Peter Blackshaw Tuggeranong is one of those benefits,” he says.

Peter Blackshaw Tuggeranong owner Robert Peaker said that the agency chose to support Tuggeranong United as the club’s team values and success mirror its own.

“This is a club which accomplishes a lot of good within our local Tuggeranong community and we’d love to be a part of that,” he says.

“These major partnerships, as well as our other valued sponsors, show that our efforts are working,” he says.

“We like to think that these deals would have happened without the FFA Cup last year, but that event certainly fast tracked the process.”

The 2015 FFA Cup has already kicked off around Australia, with the Capital Football preliminary rounds scheduled to begin in April. The ACT’s winner will be awarded the Federation Cup and gain entry into the Round of 32, which includes the A-League clubs and Fox Sports coverage.

Tuggeranong United’s John Thiele hopes the club will again have the opportunity to represent the ACT.

“But even if we’re not, it just means another local club will get to show the Canberra business community that football is a worthwhile place to invest.”