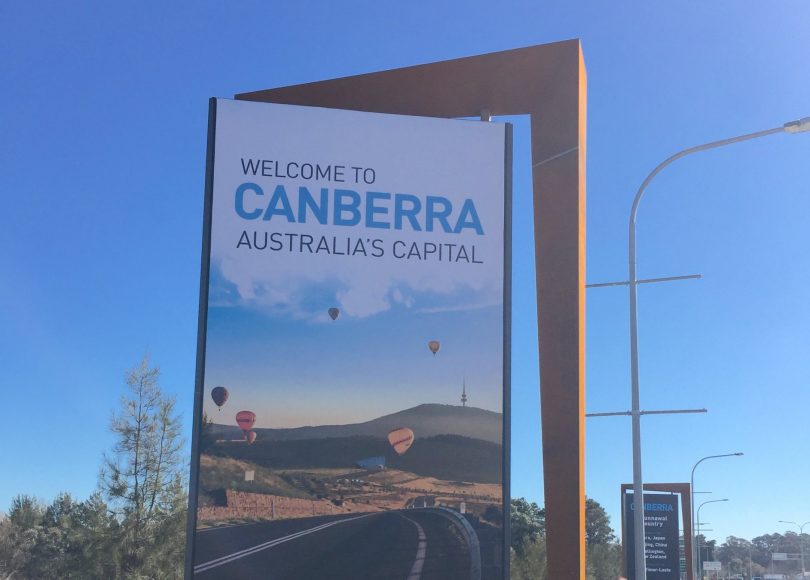 What’s in a name? Well, plenty if you hail from Gunners, Tuggers, Kingo or Belcompton.

They are all well-known nicknames for Canberra ‘burbs (suburbs) – some of which tend to irritate but are now part of a study by a senior researcher at the Australian National University (ANU), Mark Gwynn (aka Gwynno).

The Australian National Dictionary Centre, based at the ANU, is currently answering the shout-outs from Australians all over the country who have contributed more than 1000 distinct town or suburb names to its database.

You will definitely find Tuggeranong’s nickname ‘Nappy Valley’, along with Upper Downer if you’re in the inner north or ‘North Cooma’ if you’re in Banks.

In winter, the nation’s capital becomes Canbrrr, while the slightly mangled moniker Can-bra also gets a mention, along with the ‘Berra. But have you heard Canberra called ‘The Candy Bar’, ‘Cabtown’ or ‘The Galah Cage’?

Those over the border in Qwangers have referred to Canberra as the ‘gateway to Queanbeyan’.

Returning the favour, Canberrans have the often-used retorts of Queanbehole, Struggletown, or just plain Queanbo.

Mr Gywnn said he has been inundated with responses across the country, from ‘Deni’ (Deniliquin) to ‘Rocky’ (Rockhampton) and everywhere in between.

“The response was enthusiastic and demonstrated the vast number of colloquial names for places across the country,” Mr Gwynn said.“What was especially interesting were the similarities between the nickname patterns and other forms of word generation in Australia.

“For example, the ‘y’ and ‘o’ endings found in words like ‘barbie’ for barbecue and ‘muso’ for musician, are also found in nicknames like ‘Goldy’ for Gold Coast, and ‘Paddo’ for Paddington. These endings act as a code of familiarity in Australian speech.”

An abbreviation with ‘the’ in front of it also proved popular, (‘the Rat’ for Ballarat), as did the ‘vegas’ ending, as in ‘Brisvegas’ (Brisbane) and ‘Dubvegas’ (Dubbo).

“The allusion to Las Vegas is usually ironic, comparing a relatively quiet place to the hustle and bustle of the casino city,” Mr Gwynn said.

“Another ironic pattern worth noting is the ‘x by the sea’ trend, where the name of a coastal town or city is replaced by a smaller, more rural or seemingly less attractive place. For example, calling Townsville ‘Broken Hill by the Sea’.

“We had plenty of tongue-in-cheek contributions too, like ‘Marry Your Brother’ for Maryborough and ‘Sheep Dunny Cow Dunny’ for Woolloomooloo.”

Other popular patterns include using –town (as in G-town for Geelong) and the ‘ers’ ending (as in Gunners for Gungahlin).

“We had a lot of responses from the Central Coast area of NSW, Northern Queensland and southwest WA, in particular.”

It’s not too late to get involved. If you have a nickname you want to add to the list, you can enter it using the Centre’s Word Box feature.

“You can also search for your hometown or favourite spot using our new database. It may have nicknames you’ve never heard of,” Mr Gwynn said.

Geoconnen (because apparently they make the rules around here).

Luke Miller how can they have missed that?

Luke Miller typical though. Us Westies always get put behind the glitz and glamour of Gunners.

My favourite is ‘Monqueef’ in place of Moncrieff 😁

The important distinction between Kingos and The Kingo

Can’t forget the People’s Republic of the Inner North!

We live In the Bra, then there's belco, belcompton

I liked using Divic for Dickson

Christopher Latchford save a syllable: The Can

Jacq Miller - 5 hours ago
shame there are no longer all 4 in situ View
Barry Matson - 7 hours ago
of what? View
Michael Guina - 8 hours ago
It has to start somewhere and those two buildings are living example . View
Opinion 80

Max Kelty - 9 hours ago
Bel Lee your housing manager mustn't be doing their job then or else processes have changed. When I was a HM at HACT people w... View
William Coats - 13 hours ago
The land tax was to stop people “land banking” houses should be used as homes not stagnant investments View
Lea Powell - 19 hours ago
William Coats it takes time to change policy directions. It’s not as simple as a click of the fingers. View
News 8

bj_ACT - 19 hours ago
Yes razor it’s a good point. Agree there are pockets of Tuggeranong and Belconnen that could do with some ACT government do... View
mattm - 19 hours ago
There are almost 130 Councils in NSW, and most of them do a much better job with municipal services than the ACT Government.... View
Heavs - 21 hours ago
Competent councils - like this one? https://www.canberratimes.com.au/story/6978805/nsw-central-coast-council-to-be-sacked/ Or... View
Community 1

Sammy Elder - 20 hours ago
What a great collection of memorabilia, thanks for sharing the images and some of the history behind them. View
Property 7

Itchy eyes? Sneezing? Welcome to hayfever season (and it’s going to get worse)