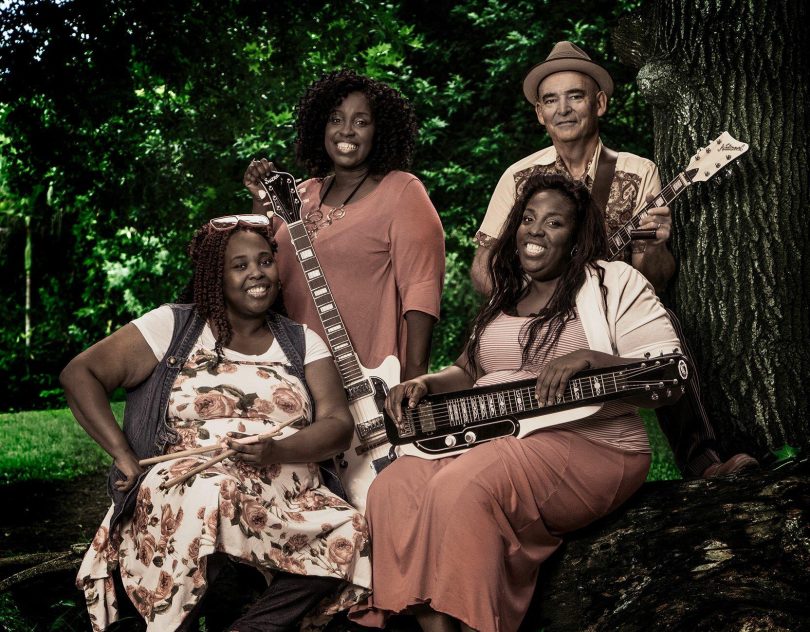 For the first time ever, US/Australian collaboration, The Turner Brown Band will be performing in Canberra as part of their latest Australian tour.

Having toured nationally to wide acclaim in 2017, the band will be making their ACT debut at Tuggeranong Arts Centre on Friday 3rd August.

The band’s music is a merging of Nikki’s southern style US gospel ‘Sacred Steel’ guitar and vocals with Dom’s blues-based sounds, forming an eclectic and uplifting gospel-blues musical feast of duelling slide guitars. 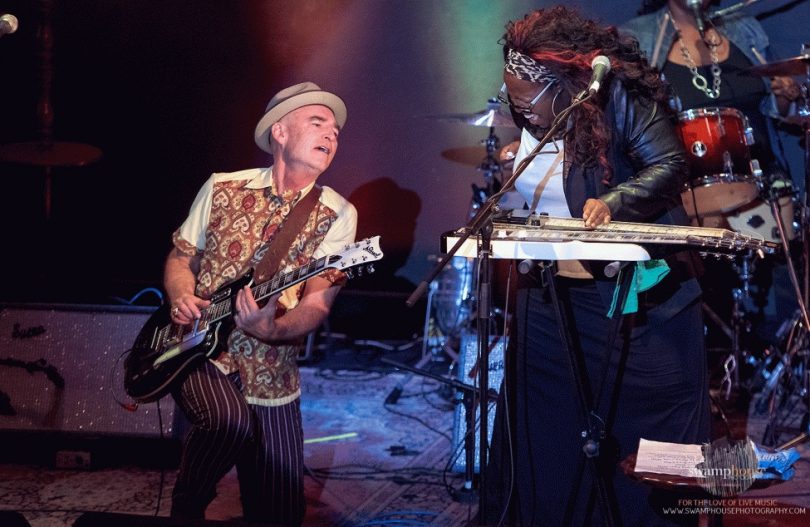 Brown has been described by Guitar World as the “Jimi Hendrix of Sacred Steel” and is an electric lap steel guitar phenomenon. Her powerful vocals and performance have developed over a lifetime of gospel singing, resulting in a powerfully rich, raspy soul-gospel vocal style delivered with impeccable flare and flamboyancy. 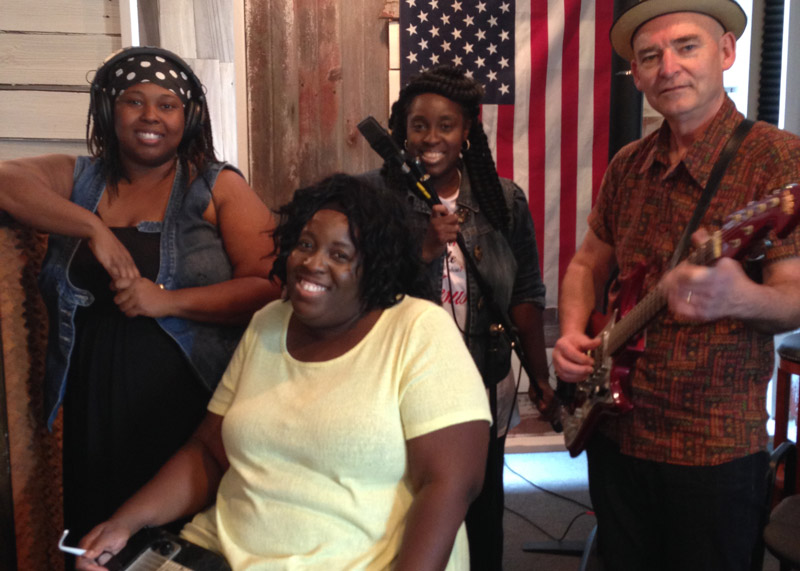 The band recording in a studio in Toledo, Ohio. Photo: Supplied..

Joining Dom and Nikki are her sisters Gloria Brown (rhythm guitar and vocals) and cousin Tomika Webb (drums and vocals) who share the same deep musical heritage and love of infectious gospel-soul music.

The Turner Brown Band are performing in the Tuggeranong Arts Centre Theatre at 7:30 pm on Friday 3rd August. Tickets are $45 for adults and $35 concession and can be booked via www.trybooking.com/VTTZ