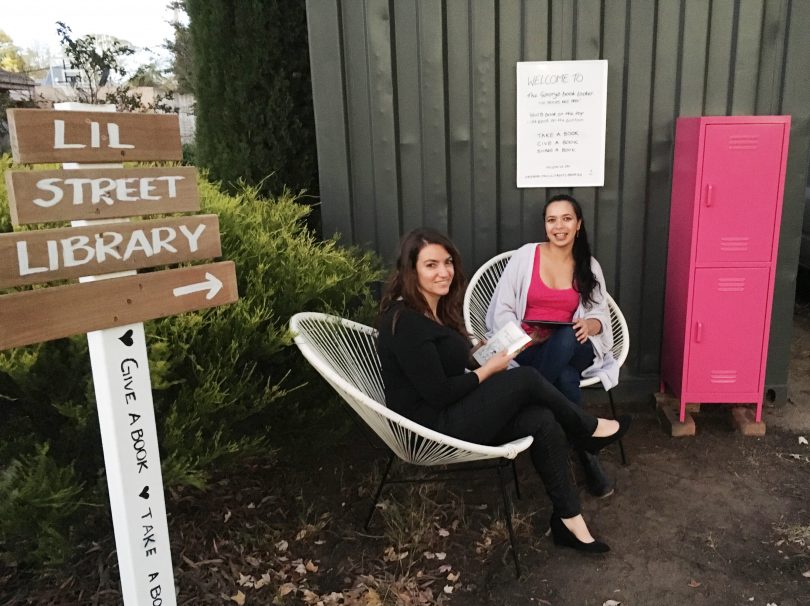 Two Canberra women with a love for books are uncovering a secret treasure trove in Canberra by bringing together a network of ‘Lil Street Libraries’ hidden down our city’s laneways and suburban streets.

Shah Bahpyu and Roz Martiniello have made it their mission to spread the word about the many miniature libraries popping up all over Canberra and Queanbeyan and to interest more people in starting up their very own Lil Street Library (LSL) outside their homes.

They have started a Facebook page listing the locations of the 46 LSL in Canberra/Queanbeyan and started visiting each one of them – documenting their journey through photos and video tours as they go.

They are also keen to encourage others to visit the city’s little libraries and hope to put together LSL passports within the next three months so that people can record their journey as they go.

Street libraries are a fairly recent phenomenon in Australia with the first Canberra LSL believed to have been started in Curtin around four years ago. 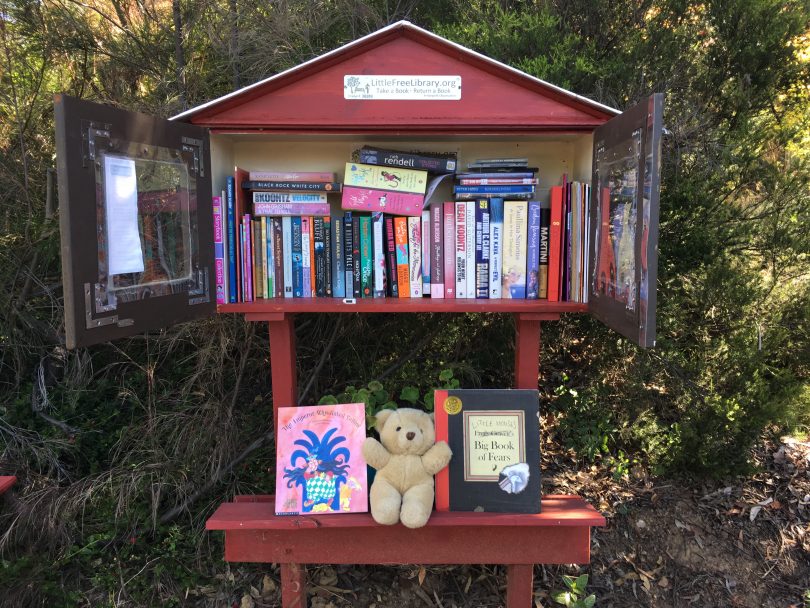 In a nutshell, a street library is a home for books in a person’s yard which is accessible from the street and is stocked with books for neighbours or walkers-by to share or add to, without the need to be checked in or out.

Shah said she first found out about street libraries last year while Roz had heard of them earlier.

They decide to check them out together and “we just absolutely fell in love with them”. 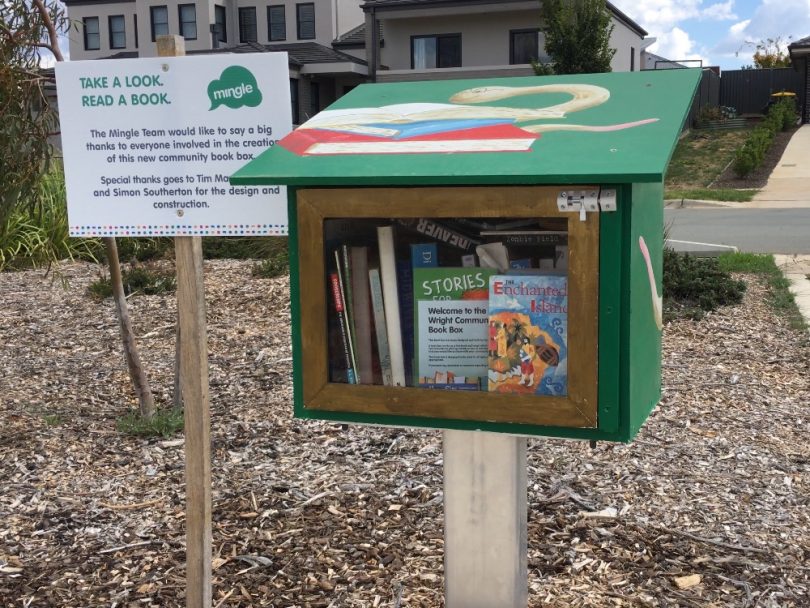 Shah started up her own LSL in Garanya Street, Waramanga about six weeks ago after ordering a hot pink locker for her books and surrounding it with a few chairs.

The bottom of the locker is stocked with children’s books and the top has books for adults. There is also a guestbook and Shah said that many people have left messages.

She has only had to stock it with books once using books her family had already read and most have now been replaced by those who have taken a book but left one of their own.

“It’s popular with the kids and there’s always new books in there all the time,” Shah said. 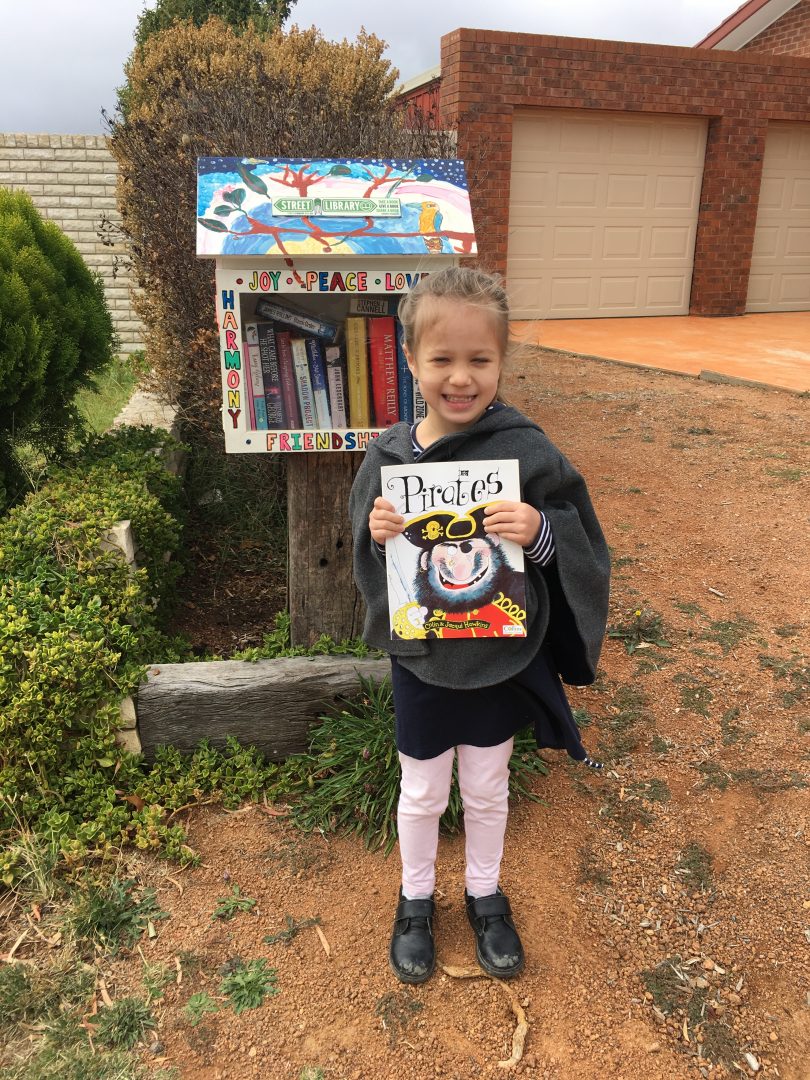 The colourful LSL at 6 Thorpe Street, Florey has made a strong fan.

Shah said the libraries come in all shapes and sizes, with many being handmade.

Roz and Shah are currently in talks with the ACT Woodcraft Guild to see if they can collaborate to get a Street Library building workshop happening. 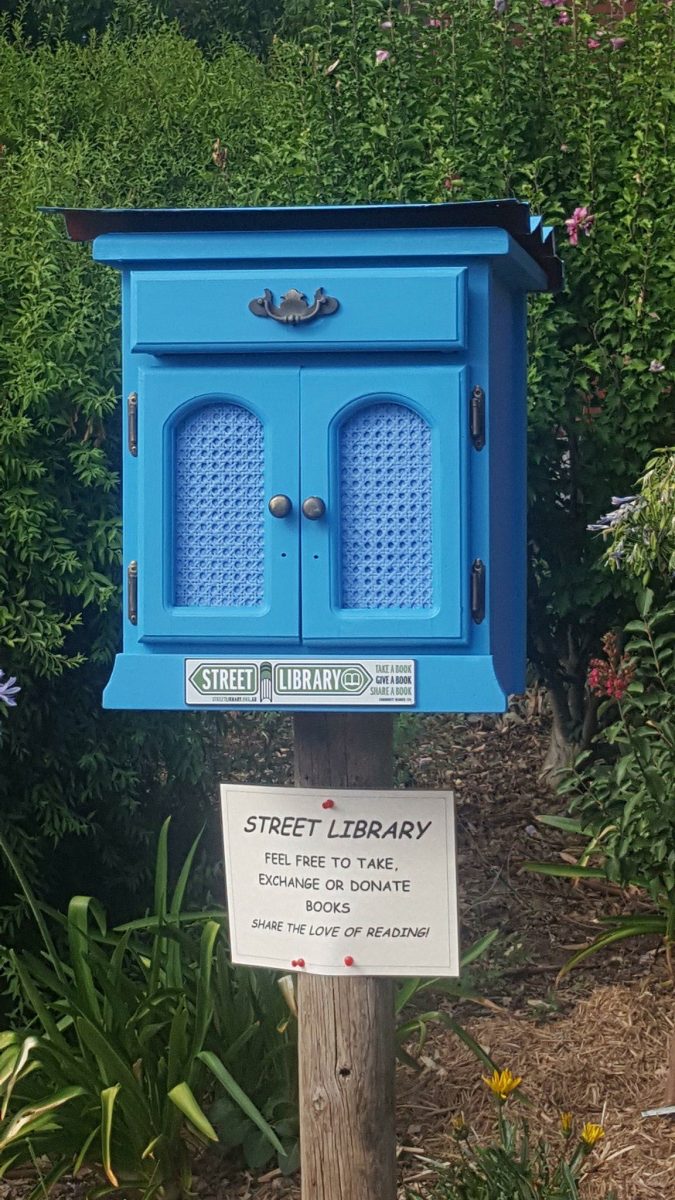 Shah is hoping more and more LSLs will start popping up as more people find out about them. She said that starting a LSL can be great for older people who are sometimes isolated as it encourages socialising.

Shah also recommended taking children on a “quest” or “treasure hunt” to visit Canberra’s LSLs as it can be a fun adventure that helps to get them more interested in books.

Among the books likely to turn up at the LSLs in the future is the children’s book Shah herself wrote, entitled ‘The little cloud who was afraid of the dark’ which was just published in April. 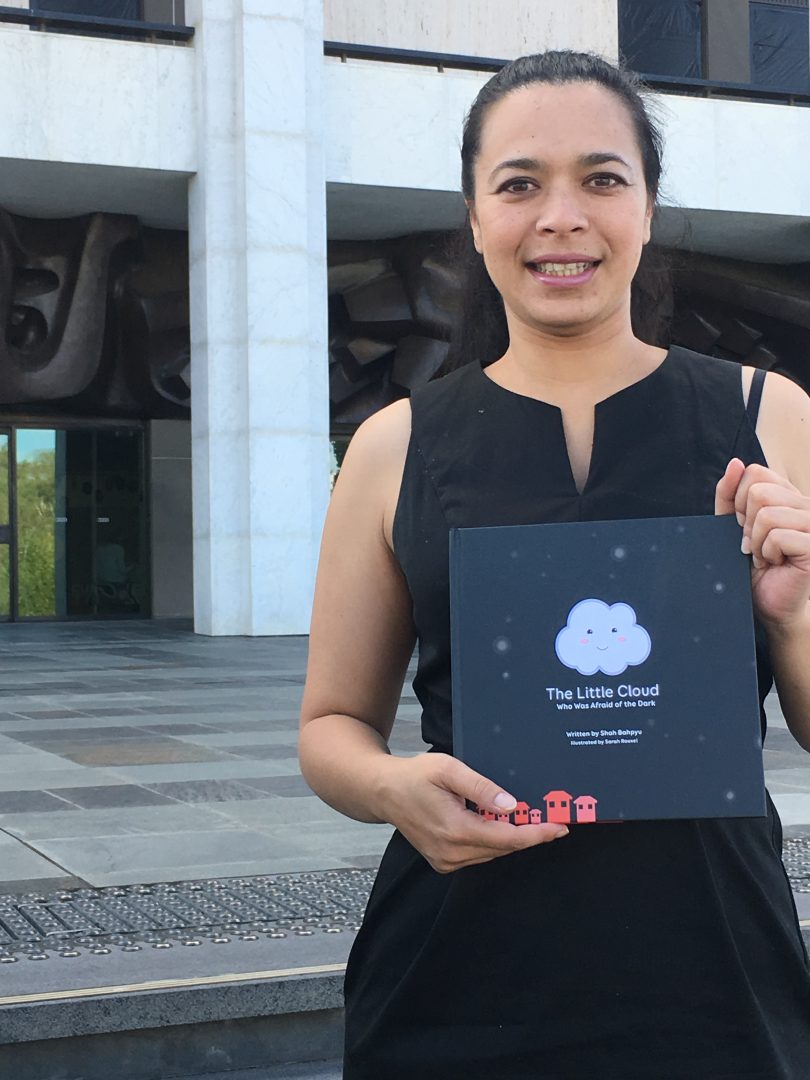 Shah Bahpyu with her first children’s book ‘The little cloud who was afraid of the dark’.

The Facebook page contains videos of some of the libraries Shah and Roz have visited to date, as well as a variety of tips and information points.

Below is a video filmed by Roz and Shah providing 10 tips for starting a Lil Street Library.

A number of you have messaged us to say you want to get your own Street Libraries going and can we give you some tip. We certainly can! Here are ‘10 Tips On How To Start A Lil Street Library’.

Have you set up a Lil Street Library or have you ever visited one? Do you think they are an effective way of encouraging reading and community spirit? Let us know in the comments below.

Book-fancying, library-loving Rioters might enjoy this, from across the Tasman –

David Hennessy - 43 minutes ago
You should get the right to vote with your TFN. If the pollies can take your money they can be accountable to you. View
Daniel Duncan - 2 hours ago
Shane no that was sarcasm and its because of people like you we should raise the age to 21. View
Anthony Briscoe - 4 hours ago
Never View
News 33

Matthew Pez - 1 hour ago
Simon Adamson how is mowing your lawn at 8pm when there is still light a malicious crime? View
Robert Kearon - 4 hours ago
I would rather 8pm than 8am... not everyone is old and Karen View
Nathan Beck - 5 hours ago
David Cole it would be growing faster than they can cut it in this weather 🤣 View
News 73