Neither Gerardo Penna, 40, nor Priscilla Palombi, 39, applied for bail when they appeared in court this week. Photo: Michelle Kroll.

Two people have been handed drug-related charges after police allegedly found a parcel containing methylamphetamine scheduled for delivery to a home in Canberra.

Neither 40-year-old real estate agent Gerardo Penna nor his 39-year-old co-defendant Priscilla Palombi applied for bail in the ACT Magistrates Court this week after they were charged.

ACT Policing said the Australian Border Force had intercepted a parcel scheduled for delivery to an address in Bonner on 3 November 2021.

Police allege it contained about 4.5 kg of methylamphetamine, which was replaced with an inert substance, and the delivery of the parcel was tracked to the Bonner home on 17 November.

Shortly after it arrived, police raided the home and arrested Ms Palombi. She was charged with attempting to possess a commercial quantity of an unlawfully imported drug.

After the arrest, ACT Policing’s Detective Inspector Mark Steel said the alleged 4.5 kg of meth was estimated to have a street value of over $4 million and would have resulted in about 45,000 street deals.

ACT Policing said as part of the ongoing investigation into the alleged drugs, officers also raided a home in Page on 23 November.

Mr Gerardo was charged with attempting to possess a commercial quantity of a border controlled drug and trafficking in a controlled drug, charges he later indicated he would fight.

When Ms Palombi appeared in the Magistrates Court on Wednesday (24 November), her lawyer, James Maher from Kamy Saeedi Law, said she would not be applying for bail that day.

Chief Magistrate Lorraine Walker remanded her in custody to appear in court again on 14 December. No plea has been entered.

When Mr Gerardo appeared in court on Thursday (25 November) his lawyer, Sarah Boxall of Boxall Legal, said her client also wouldn’t apply for bail but indicated he would plead not guilty to his two charges.

Magistrate James Lawton remanded him in custody to 13 January 2022. 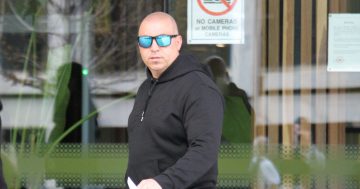 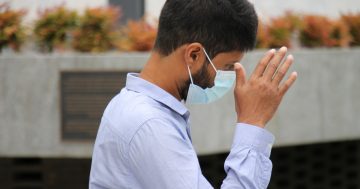 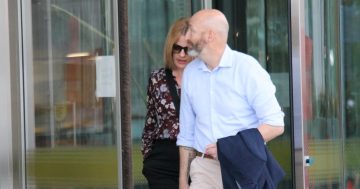