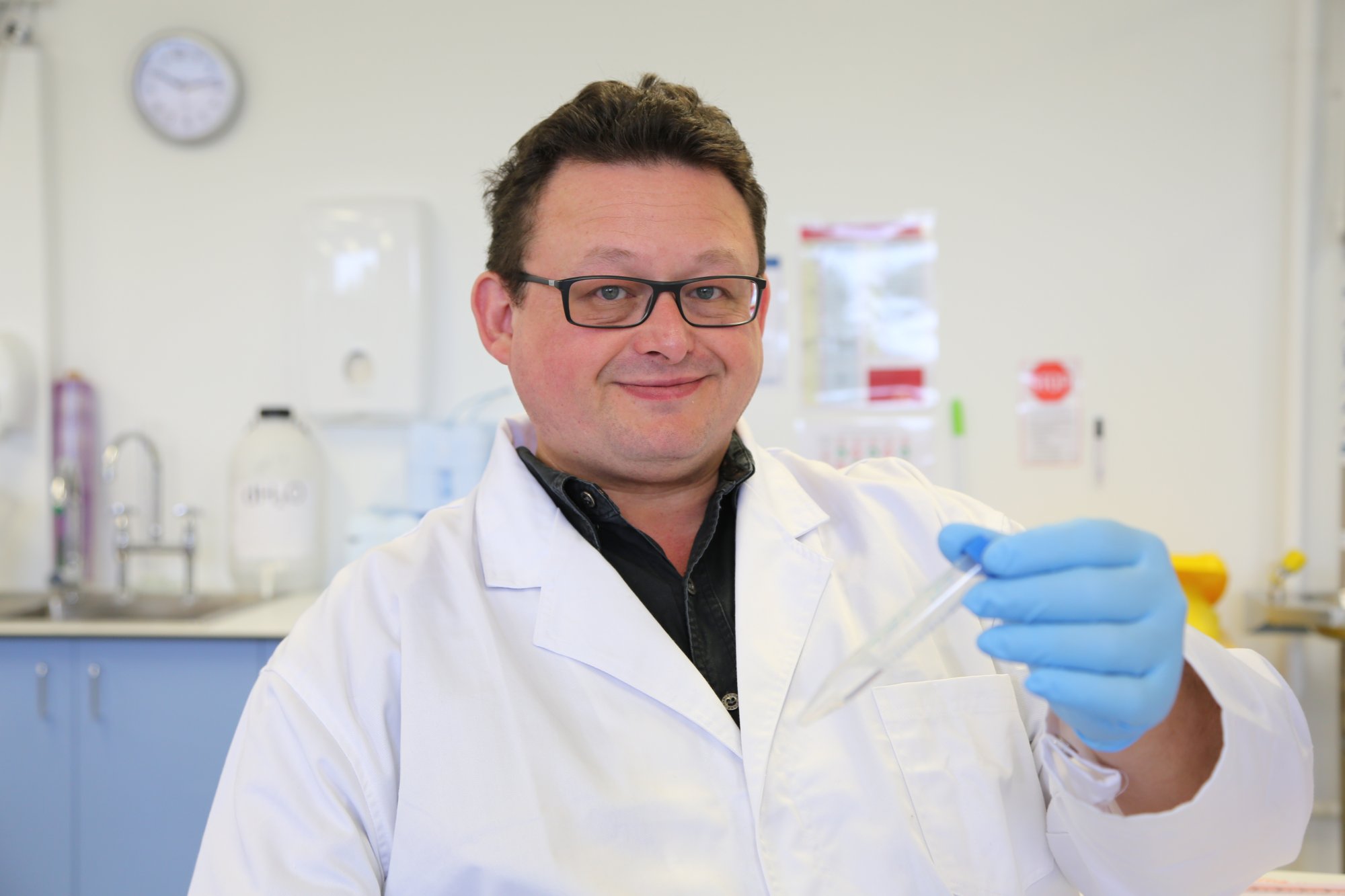 Two young scholars at the University of Canberra have won fellowships to fund their cancer research.

Awarded to Robert McCuaig and Tara Boulding, in their 30s and 20s respectively, the pair will work under Professor Sudha Rao in developing cancer treatments and therapies.

“It’s a huge honour, it really is,” said Mr McCuaig. “I knew Melanie Swan personally. It is an honour to work in her memory and build on her legacy.”

The fellowships were created by UC in memory of Ms Swan, a Canberra mum who lost her battle with breast cancer last year.

Both Mr McCuaig and Ms Boulding are Ph.D. candidates. Early-career academics often have a hard time attracting funding. This is particularly true in blue sky academic projects such as curing cancer.

“Right now if a patient has cancer there is no real treatment to help them at all. You can slow it down but it is really difficult to help that patient but there’s quality of life issues,” Mr McCuaig said.

“Chemotherapy nukes the bulk of the tumour but it leaves behind cells that can grow later and be chemo resistant.

“What we’re trying to do is target those cells in conjunction with chemotherapy. The drug that we want to employ will kill the cancer stem cells, so it can hopefully lead to recovery.

“The other thing is early intervention. We want to look for early warning signs. The earlier you detect cancer the better your chances.”

Pictured above is Robert McCuaig, recipient of the fellowship. Photo credit: Kim Pham

Paul Leins - 14 minutes ago
Typical of the Libs - sideline the elected representatives and put it in the hands of a bureaucrat. Any angle to try and unde... View
Lea Powell - 14 minutes ago
Brian McKenzie indeed but not on teacher conditions. Teaching is a nightmare unto itself in terms of hours of work done vs wh... View
Paul Leins - 18 minutes ago
Like a Liberal government ever increased a workforce? 😂 Federal aps staffing caps are gone and yet departments are still p... View
Property 4

Alex Kerr - 26 minutes ago
Jack aye look at that View
Kevin Hingston - 32 minutes ago
Shane Jasprizza it’s not just pure greed. The supply side cost has gone through the roof last two years. I’m told the inc... View
Fred Pilcher - 46 minutes ago
What took them so long? View
Breaking 2

JC - 40 minutes ago
The problem of course is we still do not know what the impact of this variant is,, even you say as much in your own words “... View
News 2

nobody - 1 hour ago
It’s time the regime came clean and explained to the people of Woden exactly why their pool is closed this summer. View
bj_ACT - 2 hours ago
Woden has lost so many sporting and public facilities over the last couple of decades. The Tuggeranong ice sports facility is... View
Courts & Crime 9

Chris Cummins - 2 hours ago
Rob Calvert priorities vs funding. Complain to government. You complain of poor service - I gave you Ann important example of... View
Rob Calvert - 3 hours ago
Chris Cummins What's that got to do with the failure of the the police to respond to burglary, minor assaults, their failure... View
News 19

Paul Magarey - 3 hours ago
If they can pay tax, they should get to vote. No taxation without representation! View
Capital Retro - 4 hours ago
"Most of the boomers on FB have no clue how the world works." Typical of the contempt we receive from young people these days... View
Geoff Roberts - 5 hours ago
Just an overt ploy to ensure the Greenies increase their vote and power. Absolutely NOT. View
News 36

@the_riotact @The_RiotACT
The ACT has recorded seven new cases of COVID-19 in the past 24 hours. There are 119 active cases in the ACT https://t.co/rmITJg2FGS (31 minutes ago)

@the_riotact @The_RiotACT
Threads of Policing is a new #exhibition at @_CMAG_ that shines a light on the heroic work of the @AusFedPolice, with rare exhibits on display until March 2022 https://t.co/0u4b34HFGW (1 hour ago)

@the_riotact @The_RiotACT
New laws have been passed in the ACT Legislative Assembly that give greater protection to off-the-plan homebuyers from #developers wanting to rescind #contracts https://t.co/3qrzNvWaiE (3 hours ago)