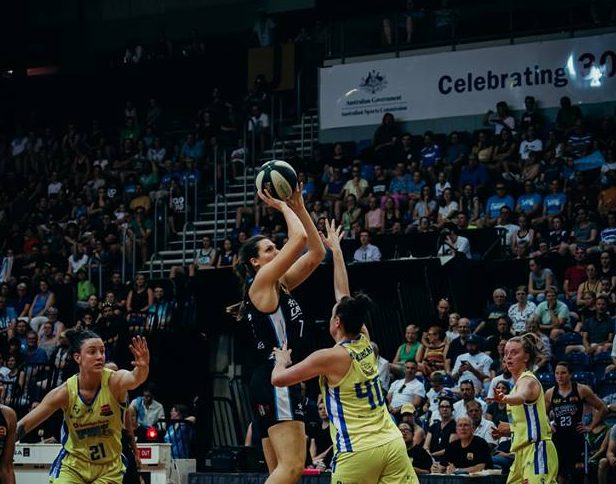 The Capitals have seen the crowd attendance go through the roof. Photo: Supplied by UC Capitals.

Winning sells, right? That is definitely the case for the UC Capitals who have seen their home crowds more than double last season’s turnouts during their run to the top of the WNBL table.

In a season where the Capitals doubled their wins from 12 months ago, which included an eight-game winning streak to end the regular season, Canberrans swarmed into the National Convention Centre and AIS Arena to see the seven-time WNBL Championship winners return to their glory days.

The Caps saw an average home game attendance of 1,200 for the 10 home games with more than 12,000 fans coming through the gates throughout the season, placing the UC Capitals’ attendance as third highest in the league.

“This season, we went in with a fresh outlook and an unbelievably talented team which went from strength to strength. With the new approach came a flood of support from the Canberra community which has taken the UC Capitals to new heights.”

Canberrans may have the chance to see the minor premiers in action four more times on their home court, with the Caps to host the Perth Lynx in a best-of-three semi-finals series, starting at the AIS Arena on Friday night (25 January).

With the AIS Arena’s capacity close to 5,000, Ms Bailie expects to see a packed AIS Arena as the club attempts to reach their first championship since 2011.

“We know Canberra loves a winning team and we know that come finals time, people come out to be part of a special experience,” she said. “Winning Championships in front of 5,000 fans at the AIS Arena in 2002 and 2003 was something special – personally, for the team and for the community – and we’re well down that path again now.

“We have witnessed unprecedented interest from Canberra and we don’t doubt the community will turn up to support Canberra’s most successful national sporting team.”

Samuel Gordon-Stewart - 8 hours ago
Hmmm. London Circuit near the library would be a good site for a waste facility. Currently has a couple government buildings... View
Megan Hogan - 10 hours ago
Hopefully they’ve considered run off implications for the water courses there. View
News 28