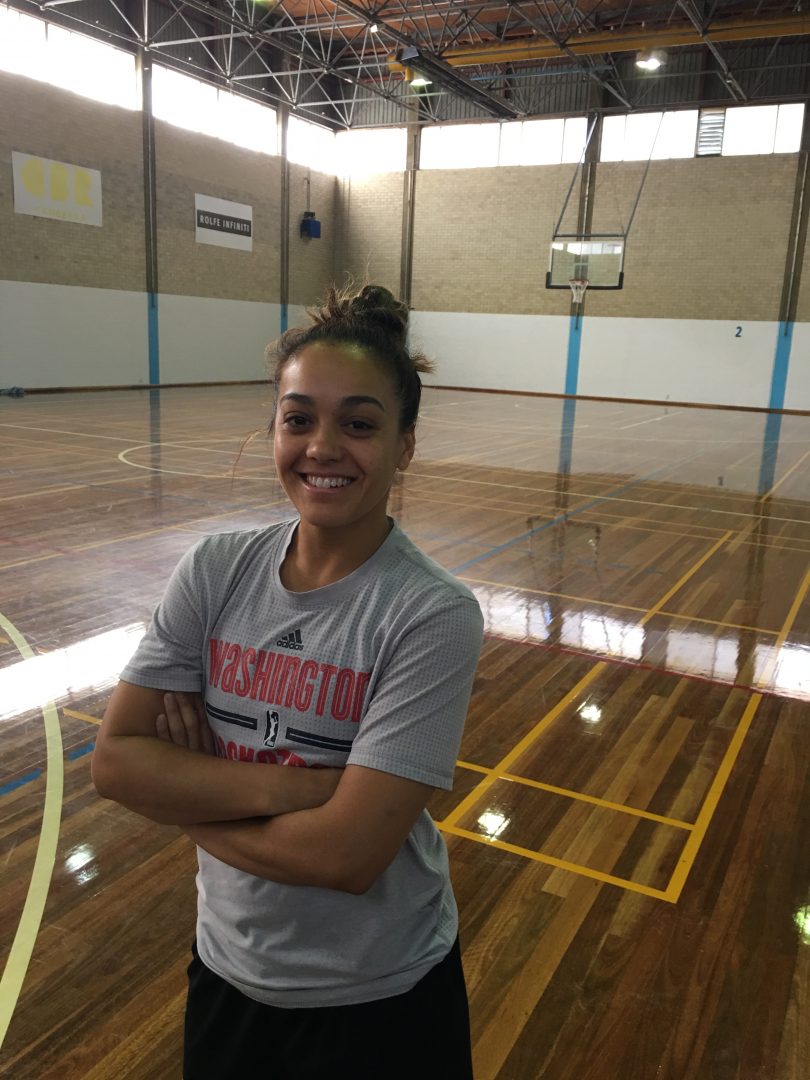 Leilani Mitchell ready to take on any opposition on the court for the UC Capitals. Photo: Supplied.

Leilani Mitchell says her mum always wanted her to play for Australia despite being born in the United States and growing up in Washington.

Thirty-three year old Leilani’s mother, Eleanor, was an Australian of Torres Strait Islander heritage, while her father, Dennis, was an American missionary. Dennis met Eleanor while he was in Australia on a church mission before they moved to America.

To understand what drives Leilani, who has travelled the world playing basketball, you need to delve into her past.

The University of Canberra point guard grew up in Washington playing against her brothers. Despite her size, her brothers gave her few liberties. In fact, if anything, it toughened her up for the life ahead when she was told that she was too small.

Her mother, undeterred by Leilani’s height of 165 centimetres, always believed that her daughter would be a star. Eleanor’s dream was for Leilani to play for Australia.

History will show that Leilani became and still is a star having being drafted into the WNBA in 2008. Since then she has travelled the world, making her first trip to Australia when she was 23 years of age and falling in love with the land of her mother’s birth. She made her debut for Australia in 2014.

Sadly, Eleanor succumbed to cancer in 2009, five years before Leilani won a bronze medal playing for Australia. It was a special moment for the UC Capitals’ point guard and one she says she will cherish forever.

Leilani has another chance to honour her mother’s heritage and memory this weekend in the WNBL’s Indigenous round.

Her mother’s sense of place and culture resonates strongly with Leilani, who says she is proud of the way the Capitals’ organisation and her team mates have embraced the Indigenous round. She says it is important for Indigenous kids to have role models.

Leilani is now a mother herself, with partner Mikaela giving birth to baby Kash in July. And Kash has become a permanent fixture at UC Capitals’ home games. Given the importance Leilani places on heritage, he will grow up with a similar sense of purpose and understanding of the value of his Indigenous background and culture.