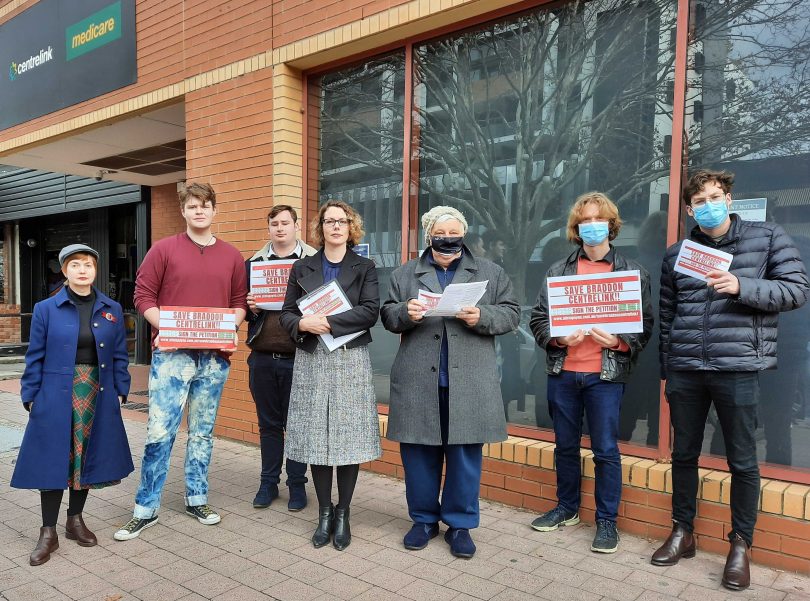 The public servants union and a network of non-profit organisations, including the Australian Council of Social Service, are calling for a new deal at Services Australia.

The CPSU and the non-profits say the government’s umbrella social security department, which administers Centrelink, Medicare and the Child Support Office, needs to employ more frontline staff, reduce the use of labour-hire, and redesign its debt recovery processes as part of a fairer social security system.

It has issued an eight-point statement calling on all political candidates and parties to commit to the new framework ahead of the coming election.

Services Australia is currently surging to meet the demand from the repercussions of the Omicron wave, but the CPSU and non-profits are advocating more permanent staff increases, a refocusing on case management and direct, full-time employment instead of using labour-hire companies.

It also comes as the department closes offices across the country, including the Braddon centre in Canberra, arguing more online services mean less demand for face-to-face services.

The statement also seeks a commitment to developing a respectful and compassionate social security system by implementing the Raise the Rates recommendations, including increasing the base rate of the JobSeeker payment to at least $69 a day and an increase in staff for phone and face-to-face services.

It calls for the removal of breach powers from private JobActive providers and their return to Services Australia and a redesign of the debt recovery process, allowing staff to exercise discretion and for a statute of limitations to be reinstated.

It further says the cashless debit card and income quarantining methods should be abolished, and there should be more staff at the Indigenous Services business line.

The statement calls for more social workers to be hired so they can manage cases not just process claims, in-house capacity and expertise be rebuilt by converting casual workers to secure APS jobs with proper training.

The CPSU and non-profits say that under the Morrison Government, insecure work at Services Australia has increased every year, and more than 30 per cent of workers are in some form of insecure employment.

They claim privatised workers are often paid less than public servants, while the labour-hire firms that employ them cash in.

CPSU National President Alistair Waters said Services Australia workers did an incredible job delivering support for our community in the most difficult circumstances, such as cyclones, floods, bushfires or the pandemic, but it could and should do better.

“This statement lays out what we must do if we want a better Services Australia. If we want an agency that delivers a social security system that all Australians can rely on and that treats everyone with dignity, compassion, and respect,” he said.

“The way a government runs agencies like Services Australia has the capacity to ruin lives, just like we saw from the Robodebt program, and the deliberate damage inflicted on community members.”

READ ALSO Where has the public service and risk management been in the pandemic?

Mr Waters said that when the disgraced automated scheme was first announced, CPSU members working in debt recovery questioned its legality, only to be told by senior management and the Minister to ‘get back to work.’

“Right this minute, Services Australia workers are striving to get over 130,000 Pandemic Leave Disaster Payments to Australians in need as quickly as possible. They know they provide an essential service that every Australian relies on.

“Instead of the government cutting secure jobs, let’s build a better Services Australia and a better social security system.”

From what I can see, they don’t do anything anymore while treating those that need the service like criminals trying to con the government out of money.

I would like a better portal. You are instructed to complete forms online but when you attempt to, it won’t allow you to and tells you to call. You try to change your address online and it says to call.

Everything directs you to call, so what is the point of the portal when you are directing more people than ever to the phone lines.