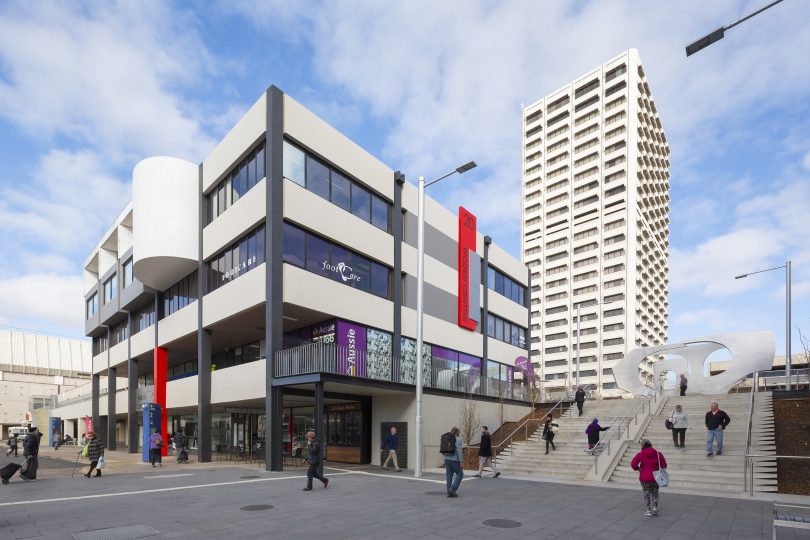 The Woden Centre, a four-level building adjacent to the Woden bus interchange and shopping centre that was also known as the Churches Centre, has been purchased by the Uniting Church for $8.155 million.

“It drew strong interest thanks to its location adjacent to Westfield Woden and fronting the bus interchange, 100 per cent occupancy and 3.11-year WALE [weighted average lease expiry],” he said.

“In a lovely twist of fate, this building which for much of its life has been known as the Churches Centre, was secured by the Uniting Church of Australia.”

“During 2018, Canberra has had limited on-market opportunities, yet it is a market in demand, particularly around our town centres,” Mr Winter said.

“Woden is particularly popular as it is undergoing gentrification and there are significant residential developments coming online which will bring increased activity to the area. Therefore, we were not surprised this sale generated enquiry from across Australia. Much of the interest we saw was from interstate, although a mix of local privates and developers also participated.”

Mr Winter said the Woden Centre offered its new owners an initial yield of 7.62 per cent, but presented further opportunities for the new owner to add value.

“Overall this was a strong result which confirms ongoing confidence in Canberra despite the tight lending criteria from banks and some uncertainty in the macroeconomic environment,” Mr Winter said.

Oh, so that is where the money from the tax payers went, which was meant for bush fire and flood relief .....

The WVCC hopes that the Uniting Church is focussed on the community as opposed to the yield from a 28 storey high density residential development on the site that would further reduce the sun in the square for the comfort of the community. We ask that when the opportunity arises the Uniting Church leases the shops that front the town square to cafes, restaurants and bars to bring life back to the square. We would like to work with the Uniting Church to make the Woden Experiment a success.

Does your demand also extend to the trade union sector, Mark?

Well I think it was originally owned by them because it was called the Churches centre.

Martin Miller Wasn't that in Belco?

Kytie Mclign yes but also in was Woden. I remember coming home on Bus one Sunday 30 years ago after a Saturday night out in Belconnen but has to wait an hour for the next bus to Tuggeranong.. So sat in square to wait when some guy approached me thinking I was down and out saying I could be saved by Jesus!

That's a lot of coin from the collection plate

Tim Cole Or from fees paid for services, or profits from sale of investments ...

The profits will be used to support the church’s care for people on low incomes with good and other help. Unlike others who would nudge the profits for themselves,

Are profits taken before or after legal fees?

Tim Cole what legal fees? So you would take money from helping those less well off than you to put in the pockets of the legal profession

Hi Margaret, how do you know the intimate financial details of this deal?

Hans Dimpel sorry? The legal fees referred to by others has to do with the Catholic priests’ child abuse. Most churches use their income to help those less fortunate.

Were the funds used tax exempt? Will the property be tax exempt while held by the church? And will it be exempt from capital gains tax when it's sold?

Jim Culbertson probably! With the help of their loving God they will find a way to pay no tax at all!!