Dieback has been a huge issue in regions across the Snowy Mountains and many farmers and landholders have requested help in restoration. Photo: Zach Simpson.

Coinciding with the release of the latest Intergovernmental Panel on Climate Change (IPCC) report on climate change, Australian National University (ANU) has joined forces with Landcare volunteers in a series of temperature and drought trials testing the climate resilience of native eucalyptus species.

Working with the Upper Snowy Landcare Network, researchers are focusing on species from the woodlands and forests of South-East Australia impacted by extreme conditions attributed in part to climate change, including the Black Summer bushfires.

With $180,000 funding from Landcare-led bushfire recovery grants, it is hoped these trials will find eucalyptus genotypes that can cope with the new local climate and lead to replanted and restored native habitats which can survive increasing climate extremities. 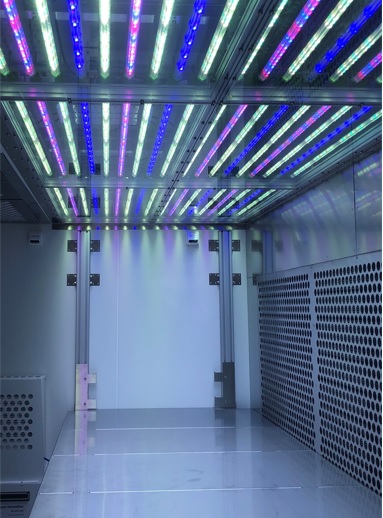 Seedlings sourced and collected by Upper Snowy Landcare will be tested for heat and drought tolerance in the ANU’s Plant Phenomics facility. Photo: ANU.

Upper Snowy Landcare Network chair Margaret Mackinnon said breaking down and deciphering the genomic sequencing of these native tree species can help predict how they adapt and are impacted by climate factors, soil types and other environmental factors that vary across landscapes.

Ms McKinnon said dieback has been a huge issue in regions across the Snowy Mountains and many farmers and landholders had requested help in restoration.

Professor at ANU’s Research School of Biology, Justin Borevitz is running the trials and he said that with the seedlings collected and on-ground knowledge shared by members of the Upper Snowy Landcare Network, they can learn which species, populations or families have the best shot at long-term survival which can maintain diversity and better regenerate in ever harsher conditions.

“From the testing and trials done in the climate chambers at ANU, which can replicate and stage extreme climate conditions, we can interpret the most resistant – it gives us a better chance of success,” he said.

Professor Borevitz said the grant would allow a systematic, large-scale scientific evaluation of the climate-specific performance of a large number of genotypes sampled across their full environmental and geographic range.

The evaluation will be undertaken for two keystone species of the bushfire-impacted tableland-mountain environments suffering from dieback.

“After learning which are the good seedlings to work with and which are the bad, we can return the best seed lots to Landcare who can distribute them to landholders and get them in the ground, with hopefully a better future potential,” he said.

“All going to plan, it will generate climate-specific predictions of genotype performance for any given restoration environment, increasing the odds of survival for our native habitats,” Professor Borevitz said.

This information will be released to practitioners via the Sydney Royal Botanic Garden’s ‘Restore and Renew’ web tool in order to maximise the chances of success of post-fire restoration programs.

This proposal is flawed because of the “climate change centric” way it is being run.

It seems that they believe climate change (“extreme climate conditions” as they call it) is already identified as the culprit when the phenomena generally known as die back has happened many times before “climate change” became topical.

I lived in he New England region of NSW 50 years ago and die back was a major concern there. Many surveys were done and many possible causes (including drought and abnormal seasonal conditions) were investigated.

A good example of the effort that went into investigating its cause is summarized here: http://armidaletreegroup.org.au/wp-content/uploads/ATG-NEWSLETTER-Spring-2017.pdf

I doubt if the Armidale tree Group received $180,000 to assist them either.