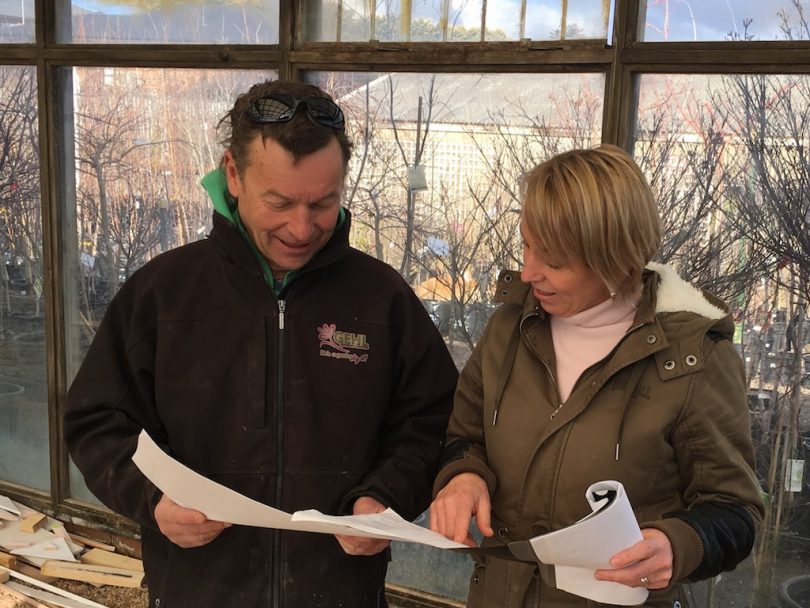 Shane and Sally Nelson look over plans for their new cafe inside the nursery’s glasshouse. Photo: John Thistleton.

Walkers on Goulburn’s popular new Wollondilly Walking Track will be sitting down to coffee sooner than expected.

Gehl’s Garden Centre which flanks the Marsden Weir car park at the start of the track is converting a nursery glass house into a cafe. The idea has been in place for years, but the new walking track has given owners Sally and Shane Nelson more incentive to enhance the nursery which Sally’s father Stan Geale established in the 1960s.

“The whole buzz, the atmosphere, it is beautiful down there on the weekends, you see so many families pull up and take their families out strolling,” Mrs Nelson says.

“People wander in (to the nursery) with kids and prams. It is a really great family place to go on the weekend. Even as early as 6.30 – 7 o’clock on weekends, and on week days, there are people there.

“The aspect is beautiful. When you sit in the park and look back to the steam museum, it is beautiful,’’ Mrs Nelson says.

New residential estates and recreational areas from Snow Gums to the Boathouse Estate and St Joseph’s planned subdivision will draw more people and recreation into the long-forgotten river corridor.

Downstream from the weir Boathouse Estate developer Graham Irving has sold 10 of the 25 residential blocks to retirees, first home buyers and people commuting to Canberra. The Seventh Day Adventists owned the land for 50 years, including the boathouse. 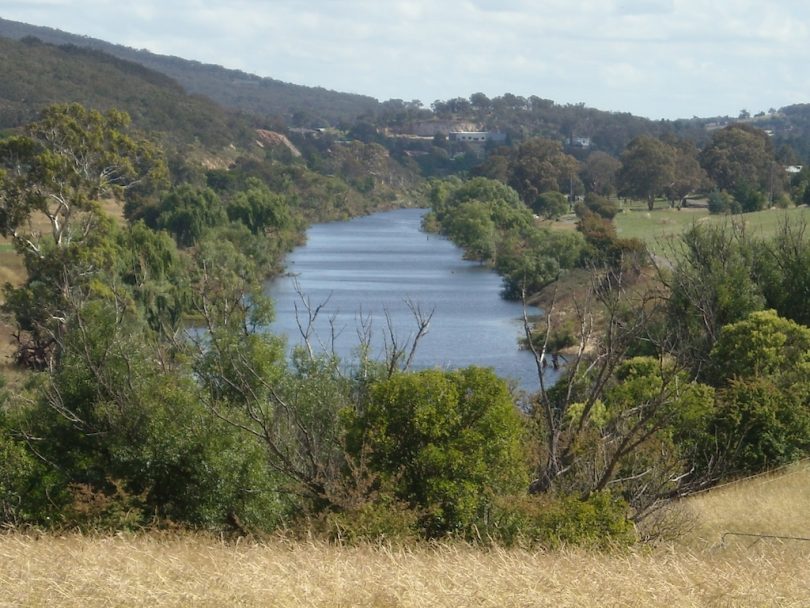 “We have always seen the boathouse as a fantastic asset. It is one of the prettiest spots, it was known as the Kenmore Pleasure Grounds, and has barbecue areas,’’ Mr Irving says.

The access to recreation areas is a drawcard, and once Kenmore re-opens people will have access there too.
Mr Irving sold the boathouse and its immediate surroundings to Goulburn Mulwaree Council some years ago. General manager Warwick Bennett says in time, as the track is developed the historic boathouse will make “the most magnificent cafe.’’

Mr Irving says the residential estate, which has superb river views, will have access to the Boathouse and a welcome neighbouring development.

Back at the Marsden Weir precent, Gehl’s will remain a nursery while enhancing facilities for visitors. When he was a farm machinery dealer Stan Geale named the garden centre after a German tractor, Gehl. He grew gladioli and strawberry crops before hitting on the idea of a garden centre, which his brother Jim Geale and brother-in-law Jim Hill built.

Meanwhile, an interest in landscape architecture led Sally to study horticulture at university. She has been running the nursery for 30 years. Husband Shane Nelson has been there for about 20 years.

They expect to open their 16-seat cafe seven days a week and offer light meals with seasonal produce for visitors from the Southern Highlands and Canberra, and travellers from Bathurst and Orange, as well as Goulburn people enjoying the walking trail.

“I went to the United Kingdom years ago, to a nursery outside of London, at Petersham,” Mrs Nelson says. “They turned all their tunnel houses into little cafes, with earthen floors, and plants still growing in the ground up through the tunnel house. One was a tea house, the other one was an a-la-carte restaurant where you had to be dressed up with a black tie.

“They had another glass house for wedding receptions, wine tasting and displays. In the little cafe they had herbs growing and whatever was seasonal was used in recipes of what was served.’’

That experience will help shape the new cafe, which will be named “Valerie’s” after a much-loved Goulburn woman and Mrs Nelson’s late mother.