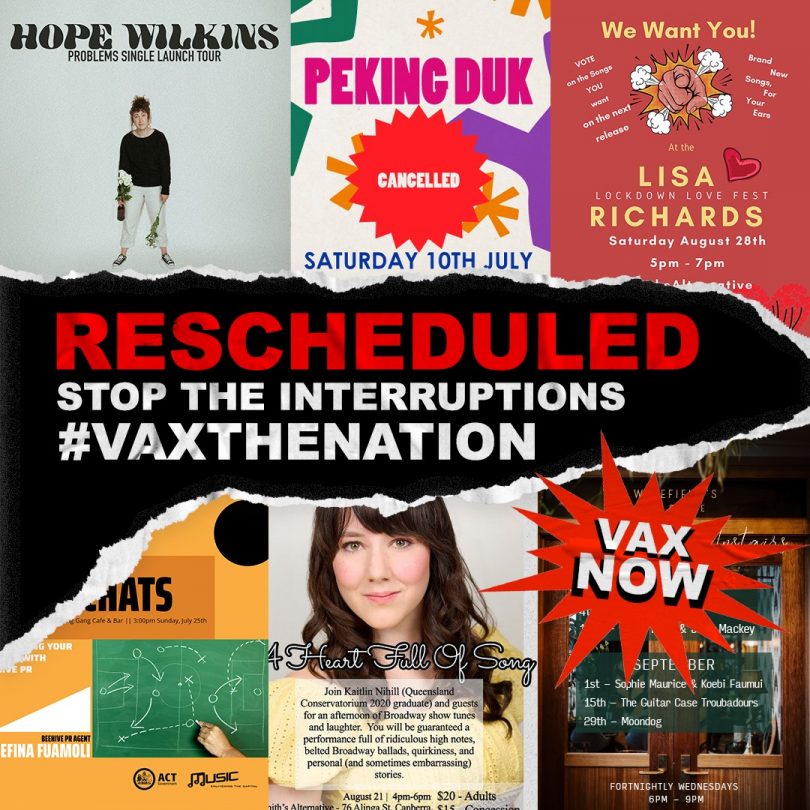 MusicACT has joined a nationwide campaign encouraging Australians to get vaccinated for COVID-19. Image: MusicACT.

MusicACT is working with a coalition of top music organisations across Australia on #VaxTheNation, a campaign drawing on the power of Australia’s favourite artists to ask music fans to vaccinate against COVID-19 now so we can get our gigs back as soon as possible.

“This campaign distinguishes itself by basically saying, ‘Get out there and do it now. Do it quickly,’” says MusicACT director Daniel Ballantyne. “The best vaccination is the one you can get now. It’s about ending the interruptions and getting back to normal as soon as possible, to the life we really love.

Heading the #VaxTheNation’s creative campaign is Russel Howcroft from radio 3AW in Melbourne and ABC’s Gruen.

“When some people start to freak out about antivaxxers, Howcroft brings it back,” he says. “He changes the tone of the meeting, reminding everyone how the music and entertainment industry has come together like never before, and is really forging forward. He’s that kind of guy, just fantastic.”

The campaign was created by the Live Industry Venues and Entertainment Alliance (LIVE Alliance) to represent the music industry after the COVID-19 pandemic left it in dire straits. By the end of 2020, 79,000 jobs were lost in the live performance industry and $23.6 billion of economic output forgone. 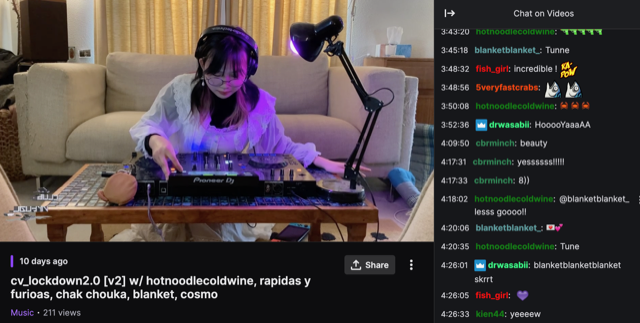 Canberra venue sideway is entertaining its patrons every Saturday night with a livestream of local bands and DJs. Photo: sideway.

The pro-vaccination campaign is being rolled out across TV ads and social media. The ad features a diverse audience montage of music festival footage to Powderfinger’s My Happiness, spliced with snippets of news reporters announcing further lockdowns. The campaign also targets young Australians, the demographic which is least vaccinated for COVID-19.

While #VaxTheNation is about people getting vaccinated, there is a need for all state and territory governments to recognise and prioritise the importance of increasing operating capacities of venues as soon as possible as the key to the return of viable live music.

In Canberra, venues opened at 25 per cent and then 50 per cent capacity after the 2020 lockdown, however venue owners warn this is no longer viable due to changes in government assistance.

“Opening up and viability is a fair bit different this time as we no longer have JobKeeper and Rent Assistance,” says Tim Brown, co-owner of Canberra venue sideway. “This means that while we could previously open at capacities that allowed for 20 people, it will need to be around 50-plus people to be viable [this time around].”

UC Refectory live music manager Kels Bagust says that “although most venues need to be able to operate at about 85 per cent capacity, UC Live is in a fortunate position as we’re a not-for-profit venue so we only need to break even, which is usually at 70 per cent capacity.” 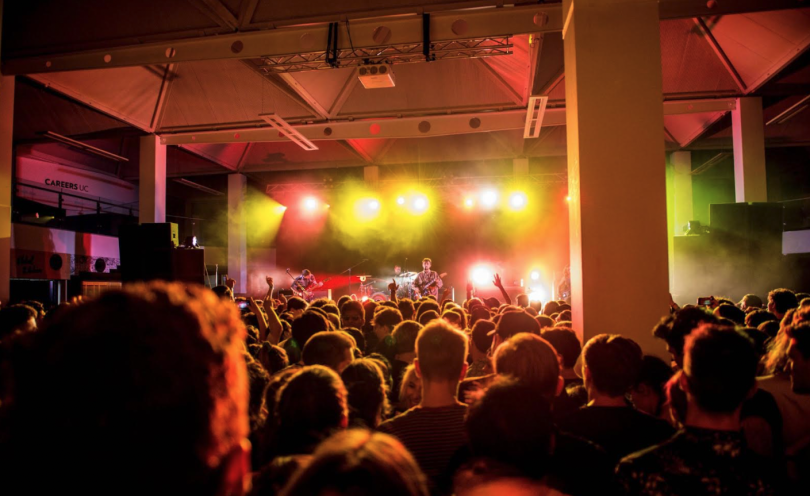 “The restrictions on live music venues are strangling an already dying industry, and without intervention and changes to the restrictions, I expect many Canberra venues will fold,” she says.

On an uplifting note, great live music events in Canberra are still on the horizon due to the Amp It Up! funding that was distributed earlier this year by the ACT Government.

“There is $800,000 in funding out there, waiting to go, which should enable venues to run earlier and profitably as capacity constraints lift,” says Daniel.

MusicACT is asking all live music performers and music lovers to get behind the campaign by clicking here.

Awesome! It’s the only way ahead.

Kaitlin Nihill look who that is!! 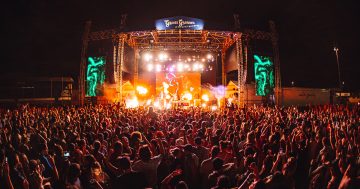