Veteran Canberra rugby coach takes on one of his biggest challenges 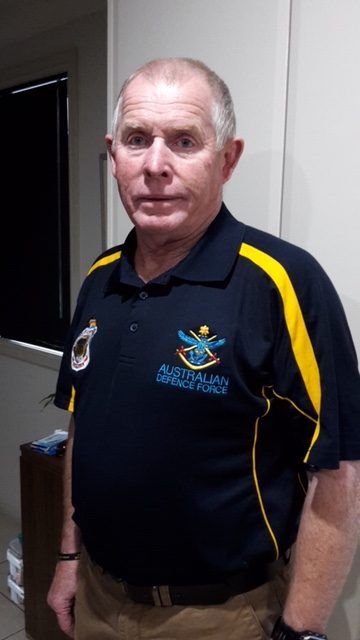 At first glance the name Geoff Stokes is familiar.

And so it should be. Stokes coached the Canberra Kookaburras for three years between 1995 and 1997. He was also Rod McQueen’s assistant coach at the Brumbies for the first two years as well as nine seasons with Wests.

During his time, he coached the likes of Gregan, Larkham, Roff, Caputo, Didier and Kafer.

After retiring in 2015, Geoff had been doing some coach mentoring; nothing overly strenuous. Then, in March last year, a new life opened up with an administration role with Adaptive Sports in the Australian Defence Force.

One thing led to another and in January this year, he was appointed head coach of Australia’s team for the Invictus Games to be staged in Sydney from the 20 October. Geoff has overall responsibility for 11 sports within the Australian team.

It is no mean feat co-ordinating training programs and schedules for athletes who are service personnel, dealing with battle wounds, mental health issues and training injuries.

In one case, Geoff is organising a schedule for an amputee athlete involved in four sports. The key here is to ensure the athlete isn’t overtaxed by training for one sport when they need to spread themselves across another three.

There are 11 sports in the Invictus Games ranging from athletics to wheelchair rugby.

Geoff says the turn of events has taken him by surprise, “Being the head coach of the Australian team for the games wasn’t on my radar but I have really enjoyed the challenge.”

He says while he has an overarching brief on all 11 sports, he has benefited from the calibre of the coaches working with the individual sports.

As he prepares for the Invictus Games, you get the feeling this may be just the start for Geoff Stokes.

Dee Kaden - 10 minutes ago
What about men that are homeless??? Anything similar for them? View
Mark Heinrich - 2 hours ago
These things are not either or. There’s a need for multiple solutions to multiple problems. Don’t knock something just be... View
Cameron Murtagh - 3 hours ago
Abbey Snell https://domesticviolence.org/domestic-violence-against-men/ View
News 116

Brian Rutherford - 13 minutes ago
Warren Curry a sticker the size of a postage stamp and that you can’t read in one go because most of it’s obscured? They... View
David Jones - 16 minutes ago
Okay, but zero of those accidents happen if no one was riding on the road View
Max N Gloria - 34 minutes ago
Nathan Stack I had a drunk cyclist run into me years ago, he tried demanding a new bike until I said I was calling the police... View
Community 43

Steve Whan - 35 minutes ago
Just curious, do instigators of damage have their terms effected due to vandalism caused? I dont know. Just curious. View
Inca Serrated - 2 hours ago
Not a single mention of the conditions that prisoners are living in... Lockdowns, no family contact for over a year, no meani... View
Lori J Tas - 4 hours ago
Kriso Hadskini there are currently rules around how much the govt can enforce people to pay back week to week, sadly, given h... View
Lifestyle 14

Have you seen the bright red and yellow ‘Happy’s Restaurant’ sign in Garema Place? It’s hard to miss. Go inside...
Property 12

@The_RiotACT @The_RiotACT
Edgar's has added another restaurant at its iconic location in Ainslie. The Inn offers a European bistro feel with a dark, moody atmosphere ... and the mash of Sophia Brady's dreams https://t.co/AoXEOQ5I8Y (46 minutes ago)