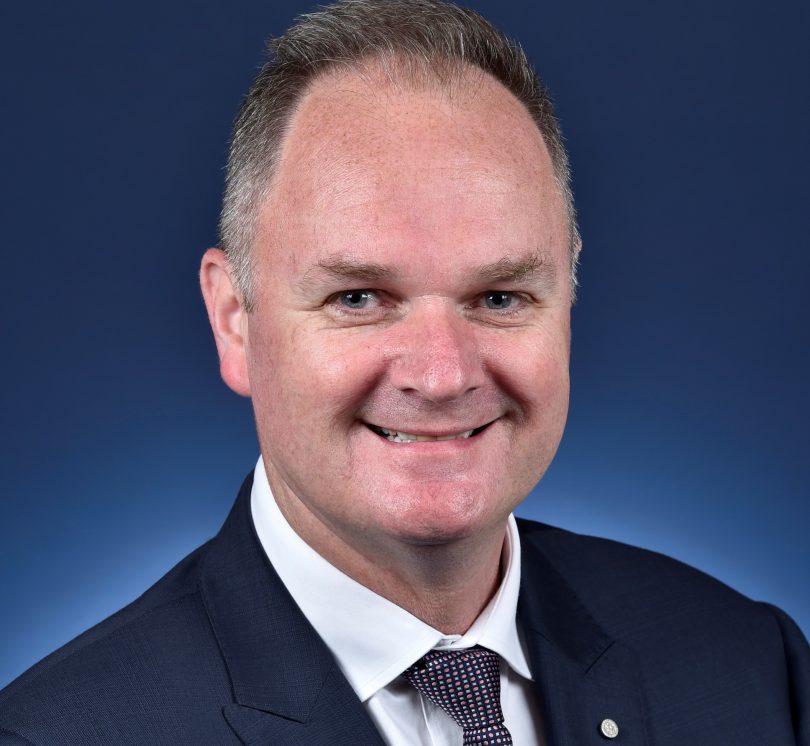 The next director of the Australian War Memorial, Matthew Anderson. Photo: DFAT.

A military veteran and the current Deputy High Commissioner to the United Kingdom, Matthew Anderson, has been appointed the next director of the Australian War Memorial after a formal selection process.

Mr Anderson, a former army officer, will replace outgoing director Dr Brendan Nelson, who will leave the role at the end of this year.

Mr Anderson will be responsible for guiding the Memorial through the first phase of a decade-long $500 million redevelopment program.

“Mr Anderson is well placed to guide the Australian War Memorial through generational change to tell the stories of our more recent conflicts,” Mr Morrison said.

“He has demonstrated his passion for military history and ensuring future generations are educated about the service and sacrifice of our personnel, having written three children’s books on Australia’s involvement in the First and Second World Wars.”

Over the past three years, Mr Anderson has served as the Australian Alternate on the Board of Trustees of the Imperial War Museum and Commonwealth War Graves Commission.

“I would like to congratulate Mr Anderson on his appointment and wish him all the very best for his tenure in guiding the memorial through an important part of its history and upholding its purpose in assisting to remember, interpret and understand the Australian experience of war and its enduring impact on Australian society,” Mr Morrison said.

Minister for Veterans and Defence Personnel Darren Chester said Mr Anderson, as a veteran, understands the importance of the Memorial’s development project and ensuring the stories of veterans were appropriately told.

“Mr Anderson is a Graduate of the Royal Military College Duntroon, spending eight years as an Australian Army Officer, including three years as Troop Commander for the Royal Australian Engineers,” Mr Chester said.

“His service, along with his proven record of achievement in senior diplomatic postings, demonstrated leadership and knowledge of military history, will ensure the continued success of the Memorial.”

The Prime Minister thanked Dr Brendan Nelson for all he has done to remember the almost two million people who have served in wars, conflicts and peacekeeping operations, but also ensuring the stories of those currently serving are told in a solemn and respectful way.

“Dr Nelson has ensured the stories of an entire new generation of service are told and remembered alongside those that inspired their own sacrifice and to do the same for future generations. I wish him all the best for the future,” Mr Morrison said.

Obscene amount to spend on a refurb!!!! Really when we have sooooo many other worthy and truly needy priorities 😫

William Coats - 3 minutes ago
The land tax was to stop people “land banking” houses should be used as homes not stagnant investments View
Lea Powell - 6 hours ago
William Coats it takes time to change policy directions. It’s not as simple as a click of the fingers. View
Lea Powell - 6 hours ago
Kerry-anne Stafford appeal the decision. Why have they revoked it. Don’t take that lying down. View
News 5

Scott Bovey - 3 hours ago
For what, more cheap and nasty apartments. View
Richard Holgate - 4 hours ago
Love the photo . It looks like it was taken from the first floor of the old Civic Hotel on Alinga St rather than from London... View
Barbara Hade - 4 hours ago
Garth Kirwin well said View
News 10

HiddenDragon - 21 hours ago
"...the government should let the market do its work and instead focus on cutting rates, charges and land tax as NSW has done... View
Ray Polglaze - 1 day ago
Do you have evidence to support that assertion? View
Lifestyle 12

@The_RiotACT @The_RiotACT
Crookwell is home to some of Australia’s best hockey players, including Hockeyroos star Emily Chalker, who has her eyes firmly fixed on the next Olympics https://t.co/DPGewoU6jD (2 hours ago)