Scott Hart’s spirit of going above and beyond and giving back to the community has been recognised with his nomination for a Biggies award this year.

The Braidwood Community Bank customer relationship manager was just 16-years-old when he joined the local Rural Fire Service (RFS) 40 years ago, with his mates, to help the community.

A humble Mr Hart says the Biggies nomination is a recognition of the ongoing efforts of the district, the Braidwood Community Bank and the RFS over the years.

“I have been picked out from a group of people who have done so much over time and I would not have been able to do all that I have done without their support,” he said.

Biggies awards have been launched by the Business Council of Australia (BCA) to recognise the positive contribution made by people and their businesses to the community.

Talking about the 2019-20 Black Summer bushfires, Mr Hart said that it was an experience that no one saw coming.

“It really stretched the resources and we were grateful to the other RFS brigades and anyone else that came on board to help us. When the pressure was on, Braidwood pulled together as a community to work side-by-side for the good of everyone,” he said.

“No two fires are the same. The main thing to do is to look after the people because property can be insured. We need to make sure that we are not putting ourselves at risk. Instead of charging in, we are balancing that risk.”

The Braidwood Community Bank customer manager was in the office for only 15 days between mid-November and February. He was at the fire front battling fires at Grafton, Lake Macquarie and later in Braidwood.

He was supported by the Bendigo and Adelaide Bank’s unlimited leave policy for volunteers.

“The policy helped me to be at the fire front with the RFS team without having to worry about the financial side of things and helped me get out there and keep on doing what was important and needed to be done,” he said. 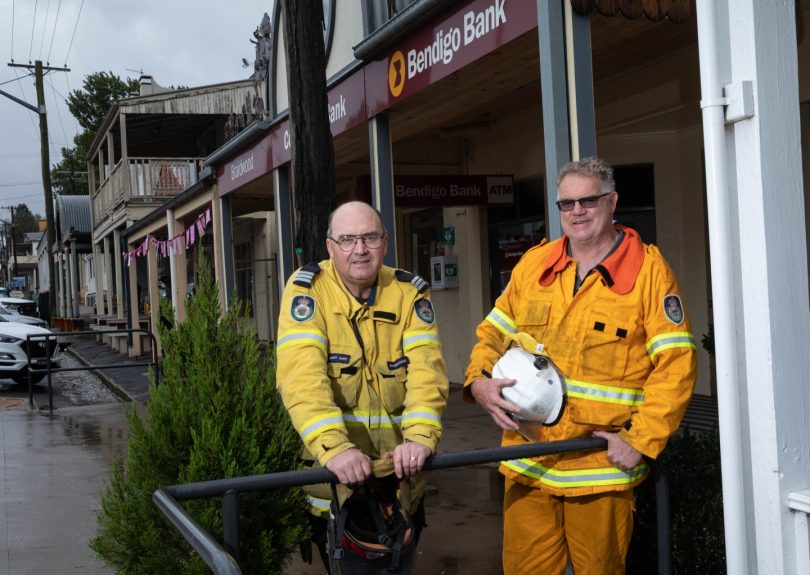 The outstanding efforts of RFS Captain Scott Hart and his crew were acknowledged and they received the NSW Premier’s Bushfire Emergency Citation in 2020.

“It was humbling to be a part of the group that was acknowledged by the Premier. You don’t do things for acknowledgement but it is special to get acknowledgment from the state,” he said.

A colleague and fellow RFS volunteer Simon Disney said that few firefighters worked as hard through the summer as Captain Hart and his crew to earn the NSW Premier’s Bushfire Emergency Citation.

Bendigo and Adelaide Bank’s Managing Director Marnie Baker recognises Mr Hart’s efforts and said that his contributions and the support of his colleagues at the Braidwood Community Bank, undoubtedly saved lives and continues to assist in the recovery of severely fire-affected communities.

Mr Hart, who has been a part of the RFS for the last 40 years, encourages everyone to volunteer whether it is with RFS, State Emergency Service (SES) or any other organisations.

“It gives you much more than what you give,” he added.

In referring to the Braidwood Community Bank, Mr Hart said that the staff are locals and well entrenched in the community.

He said under the model, banking profits are split between the community bank company and Bendigo and Adelaide Bank with most of their profits going back into the community through grants and donations.

Vote for Scott Hart finalist of The Big Heart award at The Biggies. Voting closes 2 April, 2021.