The Running for Resilience group outside The Dock, Kingston. Photo: Supplied.

Ben Alexander hardly threw a punch in his 154 games for the Brumbies and 72 tests for the Wallabies. If he did, it was hidden and only known by other forwards.

Now at 36 years of age and long retired from professional rugby, Ben is stepping into the boxing ring, taking on Raiders legend Terry Campese after receiving an invitation from the former five-eighth to fight for charity.

Like Ben, Terry wasn’t known as a fighter on the field – just a bit of push and shove at times – so the fight has the potential to be an interesting experience for both.

The fight was originally set down for last August but COVID-19 has necessitated its rescheduling to Saturday, 1 May at the Hellenic Club. Funds raised will go to the Terry Campese Foundation and Capital Region Muscular Dystrophy.

The cause has added significance for Ben.

His father, Professor Ian Alexander, heads up the Gene Therapy Research Unit, a joint initiative of the Children’s Medical Research Institute and Sydney Children’s Hospitals Network. He is one of the pioneers of research into the diagnosis and cure for spinal muscular atrophy, which had been a terminal illness, and Ben sees the fight as an opportunity to shed some light on his father’s amazing work. 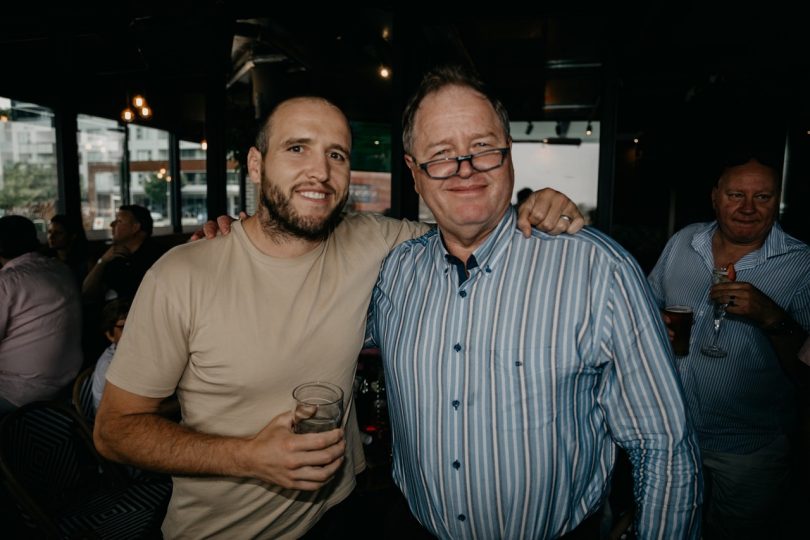 As good a cause as it is, the fight night with the promotional title ‘Muscle Up Charity Night VI’ has Ben on high alert.

So much so that he has been training with the renowned Garry Hamilton at the Stockade Gym.

“I’ve had a couple of sparring sessions, and currently I’ve got a black eye because of it,” says Ben, “but it’s a great atmosphere. I love the camaraderie.”

His passion for the training sessions is understandable given the void created when he retired from professional rugby in 2018 as one of Australia’s most experienced props.

Former Wallabies and Brumbies captain Stephen Moore advised him to make sure he retired to something. Ben has definitely responded to this advice.

Ben had been working on a food diary app for the final two years of his football career.

“I knew what I wanted to do when I retired,” Ben says.

“The food diary app was something I had been working on. It was personal. I had been struggling with my weight all of my life.”

Finding a balance with food was the key, and he drew on his lived-experience, struggling with his eating and how this impacted his self-esteem, and this understanding is embedded in the app’s design.

So after linking up with developers, the app, known as ‘Alfred’, was launched.

“It’s a personal energy tracker that helps you find balance with food and have more energy.”

He is also the co-owner of popular Kingston hotel, The Dock, and he’s thrown himself into keeping active with park runs and Running for Resilience.

The huge shift from the daily routine of professional sport knocked him for six. He soon realised that he was at his happiest when he was exercising regularly with friends and family.

On the day we talked, he was heading to the ANU, where he is studying computing to help him understand the technical challenges associated with the development of Alfred the app.

There are many layers to his life and I get the impression that’s exactly how he likes it, with the void left by retirement filled to the brim.

At the moment, his busy lifestyle is even more crowded as he makes time to train for his boxing debut.

The Muscle Up Charity Fight Night VI is scheduled for 1 May 2021 at the Hellenic Club.