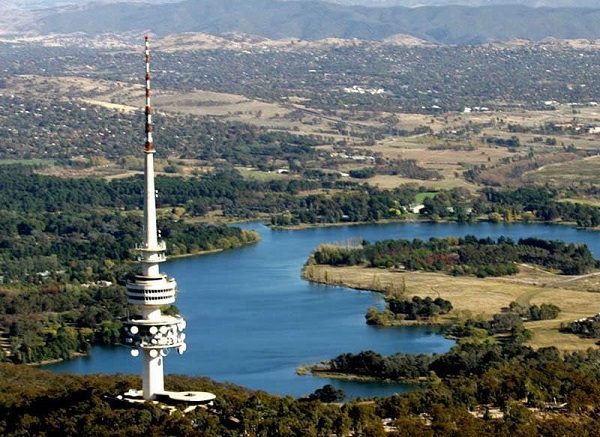 Telstra Tower – a beacon for the region and a sure sign you’re almost home. Photo: File.

When we first arrived in Canberra in 1995, my boys google-eyed at the grand entry down Northbourne Avenue – the national capital was Australia’s best-kept secret.

Even recently, the national capital was really only a place to visit, and definitely not in the winter.

Tainted by the political goings-on at Capital Hill, ‘Canberra’ was perceived by the rest of the country as that place that upset at least some of the people all of the time.

Oddly enough, Canberra had been in my sights since being an ambitious journalism student in Queensland with dreams of being part of the press gallery.

It was a roundabout journey, and I sometimes wish it hadn’t been so circuitous, but we immediately realised that this city and its place in the landscape was special, rejoicing with every return journey from across the border at the sight of Telstra Tower and the Brindabellas.

Although two children have flown the coop, one remained to start a family and bless us with grandchildren. Three generations are now firmly ensconced in Canberra.

Well, it seems the Canberra secret is well and truly out.

For better or worse, Canberra is now on the radar of young families, professionals and retirees, some escaping from the antheaps of Sydney, Melbourne and even Brisbane, especially after COVID-19 laid bare the risks of living in such congestion.

Forget its grim winters or searing summers. Canberra, with its resilient economy and family-friendly lifestyle, is now a safe bet.

Although, officially, population growth is expected to slow due to the downturn in overseas migration, anecdotally, workers have been pouring into Canberra this year, lifting demand for housing and putting pressure on the city’s already difficult rental market.

When quizzed about why they had moved to Canberra to retire, one older couple visiting a national institution responded that Canberra had everything from shopping to entertainment to national sporting teams to first-class health facilities.

And all in a much more accessible and amenable footprint than the big capital cities.

Even the high property prices would not be a barrier to those leaving the Sydney or Melbourne market, particularly if downsizing to apartment or townhouse living.

Canberra may be the national capital, but it is also the biggest regional city in Australia, a fact Chief Minister Andrew Barr would have had in mind when calling on the Morrison Government this week to move public service jobs out of Sydney or Melbourne, not the ACT, if they wanted to persist with decentralisation.

Also feeding into Canberra is the region it now serves, whether for health services, air travel, education, or retail.

Government may still be Canberra’s core business, but it seems the national capital has reached a critical mass where it is also becoming the beating heart of a region that stretches from the south-west slopes through to the tablelands and down to the coast.

For many in the region, young and old, it is to Canberra they are now looking.

That should be a cause for celebration – that the so-called artificial, soul-less city is now a vibrant place to be proud of.

But it also serves as a warning that Canberra needs to protect the values and environment that draw people here, ensure services keep pace with the population and somehow fixes its diabolical housing issues.

The ACT needs home-grown solutions that fit with its culture and the aspirations of its people and origins, not imported mini-Sydneys to replicate aspects of that city.

It is an exciting time to be part of the Canberra story. Let’s hope we can relish the opportunities and overcome the challenges that it brings.

Unique things about Canberra.
1) Town-Centres separated by green space.
2) No ability to grow food.
3) lack of pollution.
4) Local government that doesn’t respect residents’ views. I have asked many MLAs what they think the population of ACT should be. No answer. Once Gungahlin is full, and “Ginninderry has broken the border, someone will decide to build on EPIC or the horse paddocks in Watson.
5) Balloons. Where will they land when all the grasslands have been built over?

Many people in houses are growing food in the gardens, so there is ability to grow food. Some people have become almost self sufficient; some maybe even self sufficient in fruit and vegetables. Difficult for those living in flats though.

Canberra is definitely improving and cities between about 400k and a million have great amenities without the negatives of many Metropolis.

I think the poly centric design of a Canberra based around major town centres was a great idea (and something other cities such as Sydney are now trying to adopt) and unfortunately I feel we have walked away from this design model since self government.

COVID changes, people spending more time exploring their nearby reserves and increased work from home have maybe started urban planners thinking about the strengths of well distributed cities. A highly populated and dense city centre that requires major infrastructure to bring workers in each day isn’t all it’s cracked up to be.

In what way is Canberra “improving”? We have more social disamenities than ever before with ever increasing rates and taxes and decreasing urban services.

Since really the design of Gunghalin sadly it seems to have all gone out the door in terms of the poly centric design.

You could probably go back to Tuggeranong actually. And the reason is the design and the underlying principle that underpinned it was flawed. The main underlying principle being you live, work and play in your own town centre with little need and hence infrastructure to leave your own little world.

And in fact is responsible for many of the transport issues that we see today.

Need to sort out the health care system in the Berra. Worst in the country

“The ACT needs home-grown solutions that fit with its culture and the aspirations of its people and origins, not imported mini-Sydneys to replicate aspects of that city.”

It’s a but more eclectic than that – South Australia (under its recent long stretch of Labor government) seemed to have been a model for some aspects of regulation and policy, and the siren song of inner-Melbourne culture seems more powerful than that of Sydney for the cohort now running this town. There’s also, of course, things copied from overseas – there’s an entity called Transport for London, so we now hear about “Transport for Canberra” (just as there’s Transport for NSW).

The real issue, though, for the future of this city will be paying our way. The attitude that the rest of the nation owes us a living, and a rather good one at that, is still very strong in this town and spending commitments mount up accordingly. The capacity and willingness of the nation to continue supporting that is going to be under serious pressure in coming years, but even if that proves to be more enduring than might now seem likely, a local revenue raising model which is so heavily dependent on extracting maximum dollars from property is surely only adding to the city’s housing problems and making this an expensive place to do business.

This isn’t a serious article surely. A young family come to Canberra….and how are they going afford that????

Well I feel sorry for those who are coming here to escape the anthills of Sydney and Melbourne. The current government is trying to transform the city into a mini-anthill.

Ian Bushbell is about 50+ years to late

Can they please ‘undiscover’ it?

Another ‘discovery’ is that Canberra is not a new area but has many layers of history from the original First People inhabitants, the early European settlers, the early national capital builders and everyone who came after them. Many new residents are asking about this history. Understanding this history helps people feel they belong, gives them roots. There is great value in knowing the area’s history.

Make sure you factor in the true cost of home solar like periodic inspections, new inverter every… View 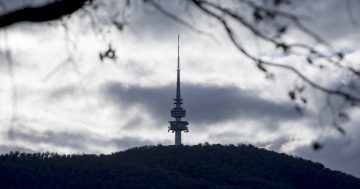 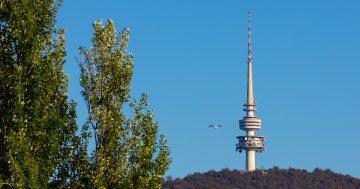 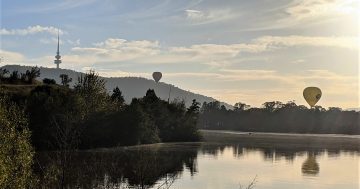 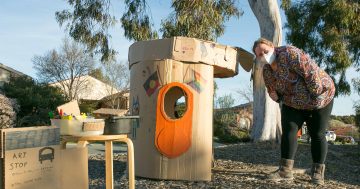 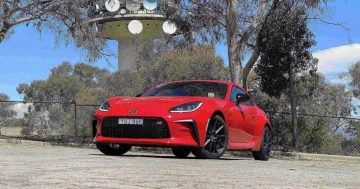