Wallagoot Lake fish kill not seen in at least 25 years 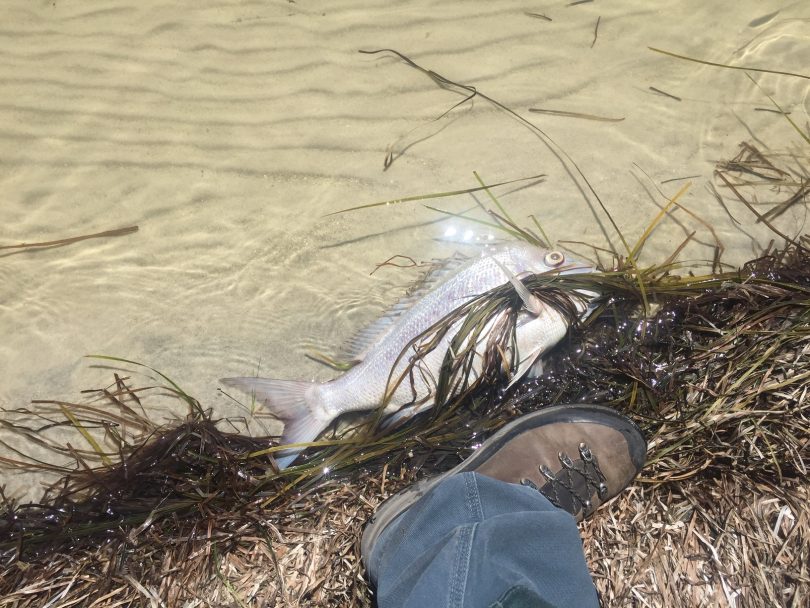 Poor water quality is the suspected cause of this week’s fish kill at Wallagoot Lake. Photos: Doug Reckord.

A large fish kill at Wallagoot Lake between Tathra and Merimbula has been blamed on poor water quality, with fears more marine life could die.

Thousands of dead fish including beautiful good-sized snapper and Leatherjackets were first reported washed ashore on Monday (11 February) at various locations around the lake within the Bournda Nature Reserve.

A spokesperson from the NSW Department of Primary Industries, says “ongoing investigations by DPI Fisheries and Bega Valley Shire Council have confirmed poor water quality as the suspected cause.”

“Results received today from comprehensive testing by Council has indicated dissolved oxygen levels are poor throughout the lake and in some locations below levels able to support aquatic life.

“This poor water quality is suspected to be the result of run-off from recent heavy rain in the catchment of Wallagoot Lake.” 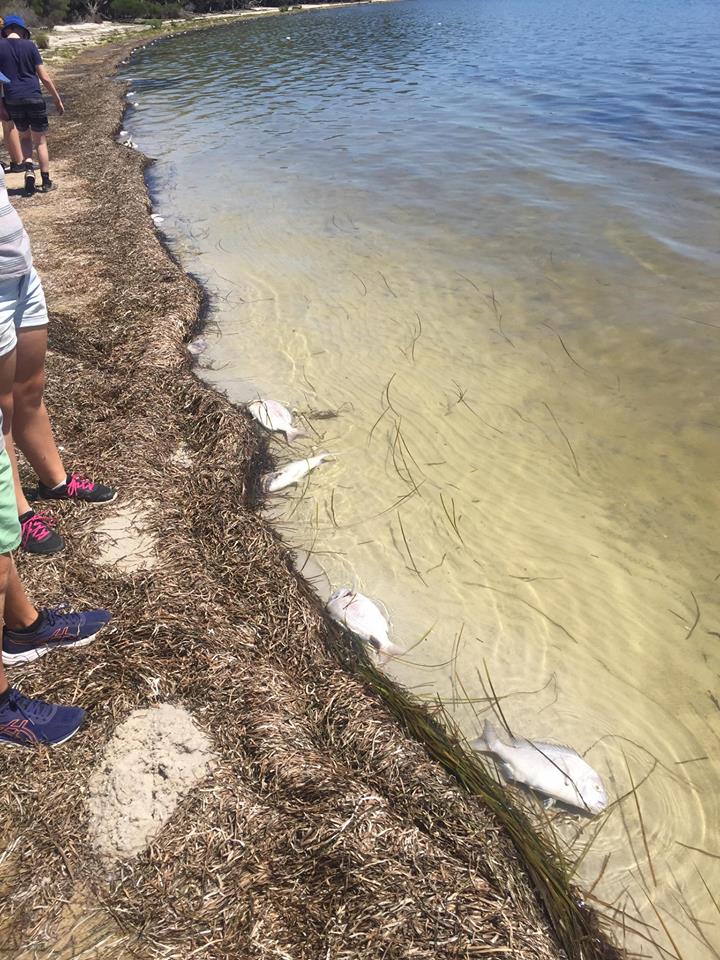 Thousands of dead fish including beautiful good-sized snapper and Leatherjackets have died.

Doug Reckord, Principal of the Bournda Environmental Education Centre says he has never seen anything like it during his 25 years of working at the lake.

“People jump in and say – open the lake. It’s an ageing system and evolving in a setting where there aren’t significant flows coming down a river,” Mr Reckord explains.

“It’s a wave-dominated estuary, so you have the ocean reinforcing the berm at the front all the time – a huge amount of sand.” 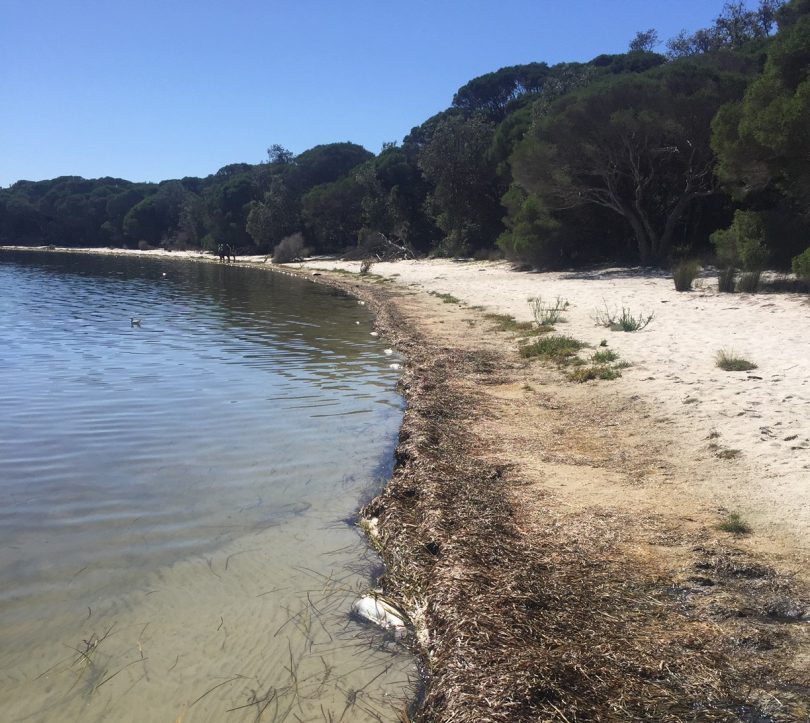 DPI Fisheries will continue to work with Council on assessing the current fish kill.

Mr Reckord says historically the average length of time Wallagoot is closed to the sea is about 15 years. He says the last time the flushing waters of the Tasman Sea washed in was in 2016.

Of greater concern to Mr Reckord are the impacts of climate change, which he believes could be playing out within the Bournda Nature Reserve right now.

“The lake water level is very low despite the fact we have been getting good rain,” he says.

“It seems to be persistently low, so who knows, maybe climate change with increased evaporation rates and higher than normal temperatures are all contributing to this situation.

“We are kidding ourselves if we think that these systems aren’t responding in different ways because the climate is changing.” 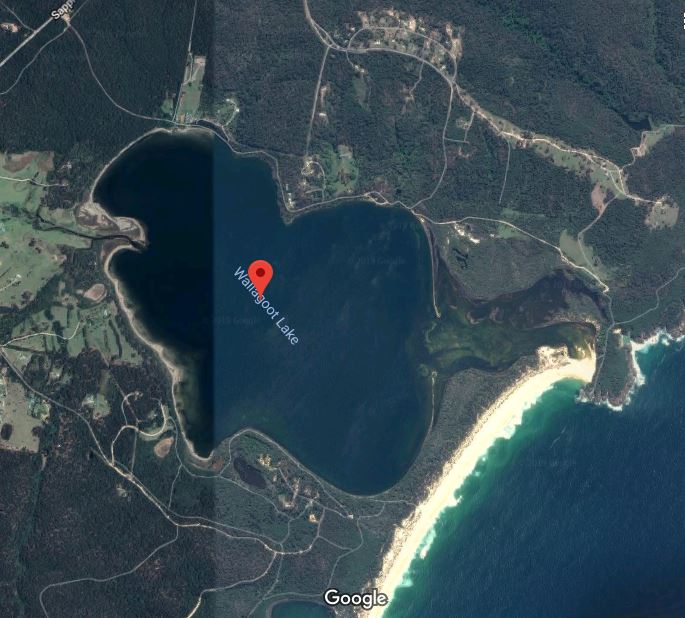 Wallagoot Lake between Tathra and Merimbula was last open to the sea in 2016. Photo: Google Maps.

Because of the sensitivity and size of the lake’s catchment, Mr Reckord says land uses around the waterway need to reflect that.

“It is just so obvious that if you start digging up the side of hills and removing vegetation you will hurt the system and destroy what we all love about this place,” he says.

DPI Fisheries will continue to work with Council on assessing the current fish kill. The DPI spokesperson says, “ongoing deaths could occur given water quality issues.”

Christopher Cuba Rabanal - 23 minutes ago
How about a six day week with every Sunday shut. Where everything is closed in a Sunday Sunday is family Day ?... View
Valerie Foster - 3 hours ago
Been talking about that for years. View
News 122

Sue Sutton - 42 minutes ago
What about Forrest? Surely the median is higher than Griffith etc. Maybe there are not enough properties sold🤔... View
Alex Troy Elsworth Adkins - 1 hour ago
Mat Kenna but Griffith, Red Hill, Yarralumla etc... weren't until now? Yeah right... View
Mat Kenna - 2 hours ago
Alex Troy Elsworth Adkins it's the new additions, Forrest has been in the list for about 10 years. View
News 9

Colin Ball - 45 minutes ago
Why do they get game consoles?it's meant to be a place for punishment not reward, what about the people who have worked hard,... View
Steve Whan - 2 hours ago
Just curious, do instigators of damage have their terms effected due to vandalism caused? I dont know. Just curious. View
Inca Serrated - 3 hours ago
Not a single mention of the conditions that prisoners are living in... Lockdowns, no family contact for over a year, no meani... View
Community 37

Wallagoot Lake shrinking as the hot days of summer get closer