We caught up with Sunshine Coast’s viral punk sensations at The Basement, Belconnen 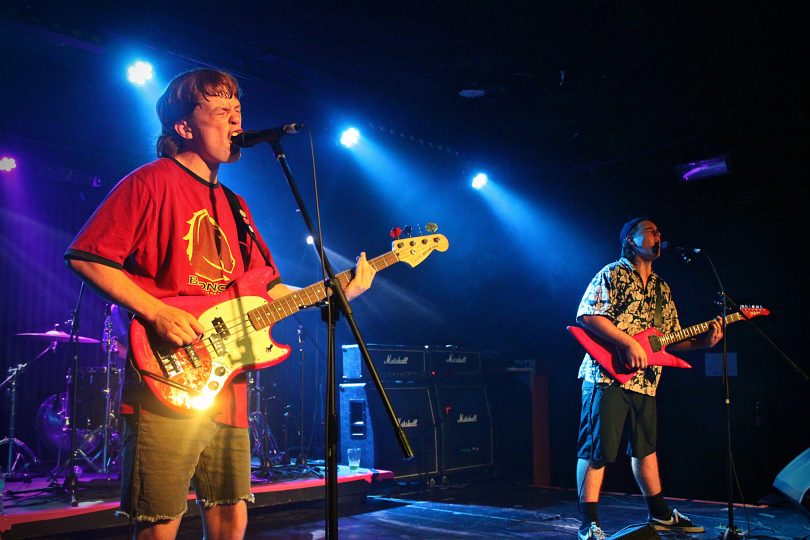 We caught up with Sunshine Coast viral punk sensations ‘The Chats’ who were supporting legendary punk band ‘Cosmic Psychos’ at The Basement, Belconnen. The 18 year old chaps were eager and full of energy for a chat.

How old were you all when you started playing music together?

“Grade 12 high school we were all about 17, we just did it for the fun of it, we didn’t plan on doing anything with goals, we didn’t think it would reach anything apart from our garage. We just got together found style and it worked.”

Did you guys play at over 18s venues underage?

“Nah – a little bit, we used to play a lot of house shows and if we ever did, we’d get kicked out of the show after our sets. We used to sit by down the water drinking after our sets. We miss that, it used to be a lot better that way. It became an after show ritual.”

Do you have any inspo musicians when writing music?

“Eddie Current Supression Ring, Cosmic Psychos, Radio Bird Man, The Saints, ACDC, a little bit of everything, too many to name. We used to play a lot in the Sunshine Coast with a local band called ‘The Unknowns’ who were an influence to us. We played with them for a long time – since New Years.”

Do you think that you guys fall into a certain sub-genre of punk?

“Just pure punk, we don’t go far into it, we really like hardcore but wouldn’t really call it that. I guess Aussie punk would be the most suitable sub-genre to call ourselves.”

Do you reckon the band will venture out of Aussie land since you guys have gone viral?

” We’re actually definitely swaying towards touring in the UK, a lot more so than the USA, UK seems to have a stronger following.”

What’s the loosest show that you guys have played?

“Jack Rabbit Slims in Perth, it was a pretty mad show. Probably our sickest and favourite and with the biggest audience and set up. There’s been shows were we’ve been cut out half way because people are falling into amps, security having to pull them out because they’re getting too rowdy.”

Are they any bands you’d guys want to play with to check off the bucket list?

What should we expect next from The Chats?

“We did a little WA tour a couple of weeks ago but were organising an East Coast tour in the future and hopefully a NZ Tour, were playing German festival in a couple of days so we’re hoping that will bring us up. We don’t have many Oz festivals lined up as of yet but we will see what the future holds for us.”

Check out ‘The Chats’ now on Spotify 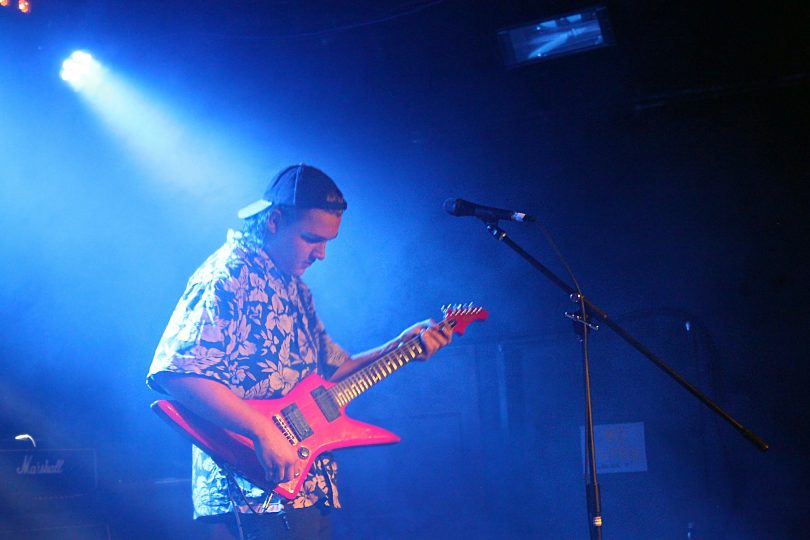 The Basement has seen major touring acts such as Camp Cope w/ Chasity Belt, Ghouls (UK) and Cosmic Psycho’s in the past month alone. Keep updated on the happenings at The Basement via their facebook page.

Have you checked out The Chats viral video ‘Smoko‘?

JC - 3 hours ago
Cool story. Except that isn’t what has happened. No where near that much has BEEN spent on lightrail nor has what has been... View
nadine - 3 hours ago
Exactly, when our population was around 250k we had 3 hospitals. Our population as almost doubled but we only have 2 public h... View
whatwik - 4 hours ago
Any informed updates on schools in the ACT and Victoria planning to commence staged returns on 5 October, but NSW not until 2... View
News 23

Kay Pearce - 3 hours ago
Mrs Prowse was my grandmother and I can well believe she would walk to Manuka… well into her seventies and early eighties s... View
Lifestyle 11