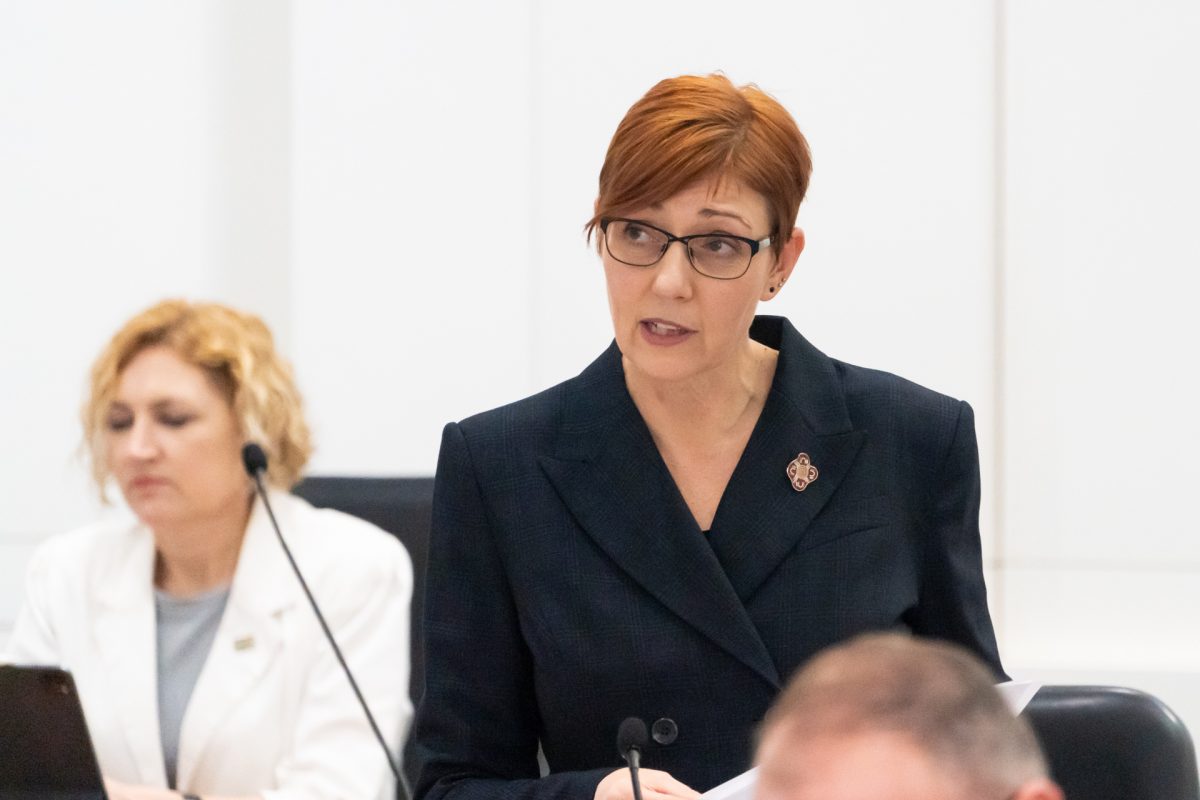 Minister for Health Rachel Stephen-Smith expects the ACT to step down from a public health emergency at the end of this month – more than two-and-a-half years after it was first enacted. Photo: Region.

Last week, the Territory reported 791 infections and no pandemic-related deaths.

It comes as Health Minister Rachel Stephen-Smith confirms it is her intention to revoke the current public health emergency when it expires at the end of the month.

That emergency declaration has been in place since March 2020 when it was first enacted for a period of five days.

After this date, the Territory, which Ms Stephen-Smith said was in a “strong and stable position”, will step down into a COVID-19 management declaration.

Last week, Ms Stephen-Smith said PCR testing services would soon be wound back due to a drop in demand and the public transport mask mandate is also slated to go once the public health emergency ends.

In a further sign the COVID-19 situation is easing, Ms Stephen-Smith on Wednesday delivered what she “hoped” would be the last of her regular updates on the pandemic in the Territory to the ACT Legislative Assembly.

“We know the pandemic is not over,” she said.

“It is important Canberrans remain vigilant and be COVID-smart … but as the World Health Organisation has said, the end of the pandemic is in sight and we are moving closer to treating COVID-19 like any other infectious disease.”

READ ALSO ‘They can’t tell us what our job will be ‘: health staff raise fears over automated system

There are 406 known active infections in the Territory, and 205,128 cases have been reported since March 2020.

Hospitalisations have also fallen. As of 4 pm yesterday, there were 69 people in hospital with the virus, with no one requiring intensive care or ventilation.

In the week covered by Health’s epidemiological report (12 to 18 September), 12 per cent of cases were repeat infections – up on 11 per cent in the previous week.

ACT Health’s detailed weekly epidemiological report for that period showed the seven-day rolling case mean falling to 85 to 110 cases a day, its lowest for the year.

Total PCR test numbers remained stable, with a total of 7075 PCR tests conducted compared to 7058 tests in the previous week. The test-positivity rolling mean was 6 per cent, the lowest in the Territory for the year.

The seven-day rolling average for hospitalisations was 169 patients and eight people in the ICU.

It’s a fake mandate – I wish the authorities would acknowledge the truth rather than maintain this facade. Mask wearing on public transport has been optional for months. No one is challenged or asked to wear a mask.

I have raised complaints about people not wearing masks on public transport on several occasions and been told how drivers have no authority and it’s up to Access Canberra or the police to enforce the mandate.
I’ve reported Covid breaches to ACT Health and been informed of TC’s Covid education program and how the drivers wear masks, as an example to their passengers.

(Fares are optional as well).

There is absolutely no accountability. The Government are all talk.

Had a few people been fined or kicked off their bus, maybe they and others would understand the concept of taking personal responsibility!

It’s also a fake pandemic. The death rate is less than a bad flu. The vaccines may cause more deaths than the disease. Watch that space…..