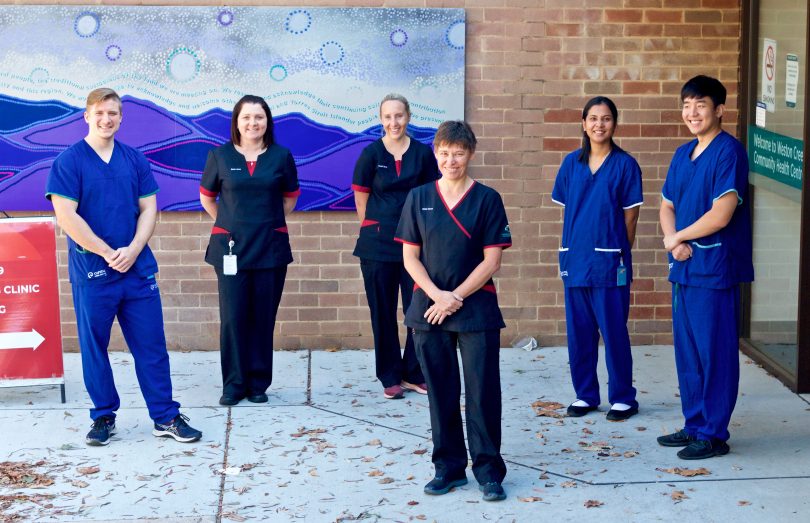 Canberra’s nurse of the year Kirsty Cummin clearly recalls the first days of the pandemic, rallying her team at the Weston Creek Walk-in Centre which soon became the surge hub for a building wave of people as the COVID-19 virus extended its tentacles into the ACT.

Kirsty says her team stood up and helped to flatten the curve.

Kirsty has now been named the ACT’s nurse of the year as part of the annual nurses’ and midwives’ excellence awards that mark International Day of the Midwife on 5 May and International Nurses’ Day on 12 May.

Kirsty, the clinical nurse manager at Weston Creek Walk-in Centre, humbly says she is merely a colleague with some extra responsibilities, but was extremely grateful to be recognised by her peers who nominated her for the award.

“We were kind of deers in the headlights, but we stuck to our processes, which have also evolved during the pandemic, so getting this award gives us a brief moment to reflect on what we’ve achieved.”

However, it wasn’t until March this year when the walk-in centre had its highest surge with a record number of 595 COVID-19 tests in one day, almost a year after the virus first landed in Australia.

“I think we’ve been extremely lucky in the ACT, but we’ve had a really good response as well.

“We were going on the Italian model at the time, where everything we’d planned was modelled on what had been happening there and the worst-case scenario.

“It worked for us, and I think we’re lucky as far as our lockdowns and not having a huge number of COVID-positive people, but we continue to manage those surges, which is what we’re seeing as a flow-on from what’s been happening in Sydney in the last week or so,” Kirsty says. 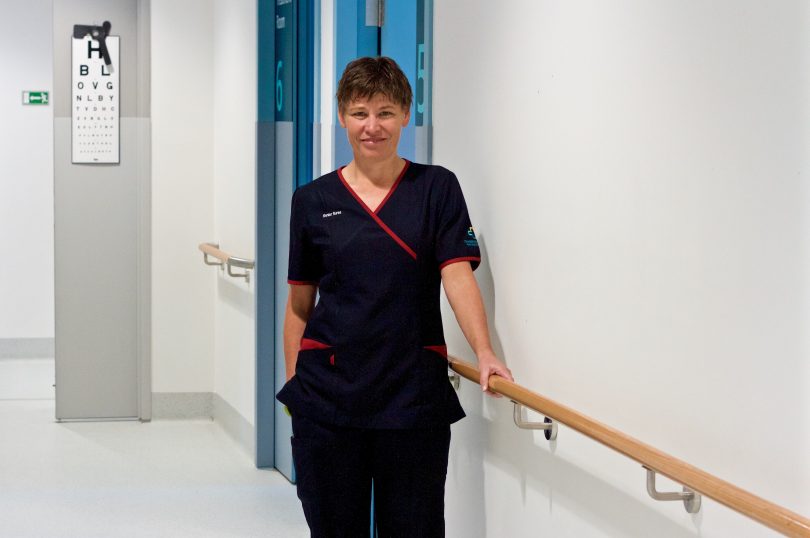 “I think we’ve been extremely lucky in the ACT,” says nurse of the year Kirsty Cummin at the Weston Creek Walk-In Centre.

Kirsty also recalls moving in to the walk-in centre at short notice in December 2019, followed by a wave of bushfire smoke that became a stark signal for what was to come.

“We went from dealing with a lot of anxiety and stress in the community from the bushfires and smoke to quickly converting across to our COVID response. The team has just been really amazing and agile, and we’ve just created everything we’ve needed to do along the way,” she says.

There have been lots of behind-the-scenes hurdles, particularly in looking after the wellbeing of staff and managing the day-to-day care for patients with the latest surge of flu shots and COVID-19 vaccinations.

Kirsty has also had to manage working in a room full of balloons and streamers that her team used to celebrate her award and a career that began more than 25 years ago.

“You do all sorts of things, but it never ceases to amaze me and surprise me in what challenges other people are facing and how resilient and receptive they are to help,” she says.

READ ALSO: Sled Dog Club on the trail of fun in Canberra

Congratulations to Kirsty and the team. Hold your heads up high ladies. The work you do is awesome. It was a pleasure when we worked with you to build your building.

Congratulations to all the winners esp my friend Wendy Beckingham!

Steve Aust - 5 minutes ago
Colin Parton tell 1 story here View
Louise Flint - 35 minutes ago
James Daniels I was sent there for advice before I took a redundancy package. They ignored my superannuation and taxation que... View
Patrick Barrett - 4 hours ago
Dylan your fault View
News 22