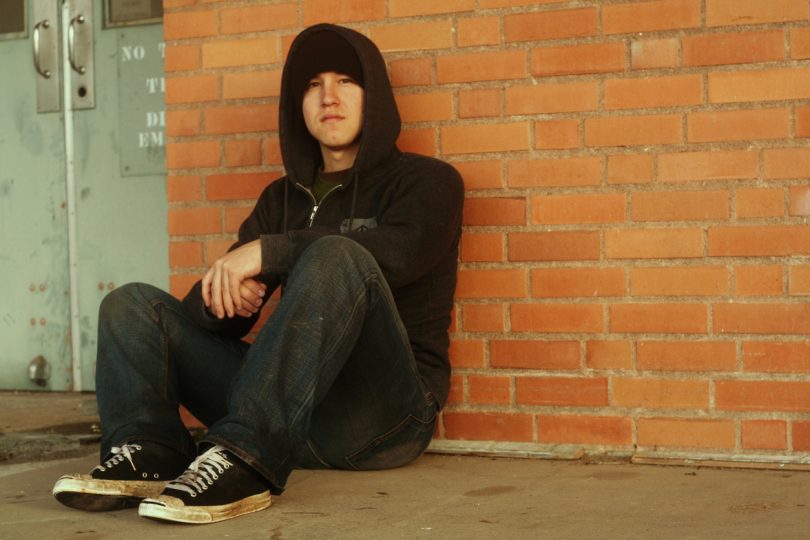 For some troubled young men, organisations such as Menslink can go a long way in helping.

Taking to the podium at the 11th annual Menslink Business Breakfast last Wednesday, Menslink CEO Martin Fisk shared the inspiring story of a young man whose life was changed forever because of the Menslink Mentoring Program.

As a teenager, Matthew* was bullied mercilessly at school. His mother worked long hours to support the family, which meant he was home alone a lot, and he was heartbreakingly rejected by his father when he asked if he could live with him.

The pressure and constant disappointments in Matthew’s life caused him to become violent – leading to intervention by the ACT Police.

The police called Menslink, and asked for Matthew to join the Mentoring Program. He was paired with a caring role model who, as Matthew puts it, “gave me an alternative angle on things that really got through to me”.

For the first time, Matthew didn’t feel alone. Over time he stopped being violent, didn’t get suspended from school, and began to appreciate his relationship with his mum.

“The theme of this year’s business breakfast was the long-term impacts that our programs have on struggling young men, their families, and our community,” says Menslink CEO Martin Fisk. “It’s not just about quick wins – it’s about making connections and building skills that last these young men a lifetime.

“550 people came to our breakfast this year, which was a record. We sold out almost four weeks in advance, so were unable to offer tickets to the general public. We’re so grateful for the amazing support we receive, which continues to fund our free mentoring and counselling programs to young men going through tough times in the Canberra region.”

Neale Guthrie, Chairman of Canberra Community Bank Group, which is one of Menslink’s major sponsors, attended the breakfast at the QT Hotel on September 18.

“We’ve been supporting Menslink for four years now,” says Neale. “Bendigo Community Bank is all about giving back to the community and investing in the community, and we feel really great to invest in a cause where our young people are in great need of our support.”

In addition to sponsors, the breakfast also attracted representatives from five ACT government directorates, local sports and media personalities, and former Australian(s) of the Year Rosie Batty and David Morrison. 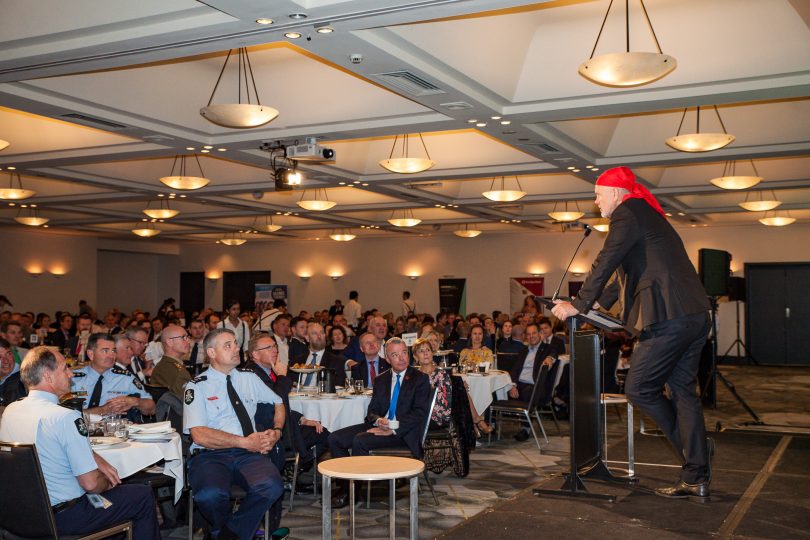 550 people attended the Menslink Business Breakfast at the QT Hotel on September 19.

During his speech, Martin addressed the question “Why young men?” – asserting some startling figures facing young men in our community today.

“Despite what we might think, their outlook can sometimes be pretty bleak. They drop out of high school, college and university at double the rate of young women; the suicide rate for men is four times that of women; and the male to female ratio of detainees in our prison system is something like twenty to one. Almost one in 10 family violence offenders apprehended by ACT Police last year were young males aged 10-19.

“These are the young men whose lives we aim to turn around. Before it gets to crisis point.

“Matthew, for example, didn’t need a lengthy mental health or criminal justice intervention with expensive psychologists, medication or detention. He just needed someone who could help him break the cycle, teach him to build his self-esteem and confidence, and importantly, the inner strength and control over his emotions and behaviours.”

To find out more about the Canberra causes supported by Canberra Community Bank Group, pop into any one of their branches in: 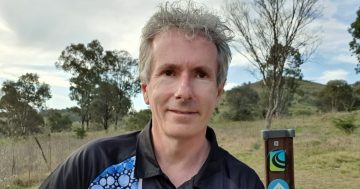 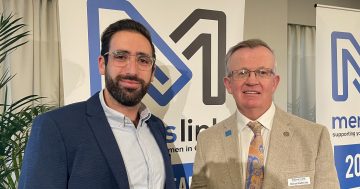