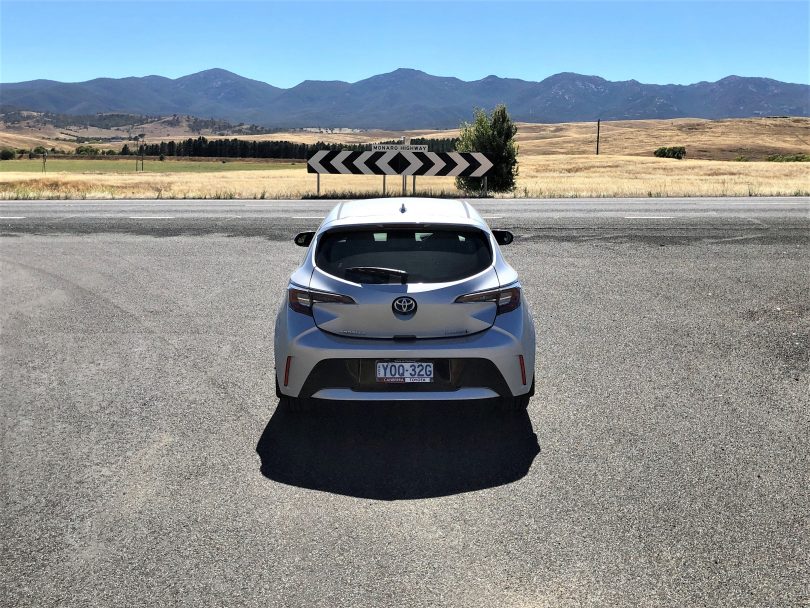 Reliable and technically advanced, the Toyota Corolla isn’t an excitement machine. But it doesn’t pretend to be. Photo: James Coleman.

The top 10 cars Canberrans bought in 2020 included the Hyundai i30, Ford Ranger, Volkswagen Golf and Mazda CX-5. All good, solid cars, although they can get a bit crazy at the performance extreme for the Golf and the Ranger.

In this column, we return to the number-one best-seller – the Toyota Corolla. Ordinariness exemplified.

The specific example I have on loan today is the Ascent Sport Hybrid hatchback in Silver Pearl, which can be yours for $30,807 driveaway.

A long time ago (last month), my wife and I had a 2003 Corolla, and it was very ordinary. It had those blank pieces of plastic on the dash to remind us that if we had worked harder there would have been a button there. It only had five gears so the engine would scream if put anywhere near a highway. It was scratched, faded, hail-damaged and dented.

However, as a car – a thing we sat in to get places – it was perfectly okay. Never missed a beat in fact, was cheap to run, easy to park, and all that other ‘head’ stuff.

The singular real problem with it was that, as a car enthusiast, I want my choice of car to reflect that I’m a car enthusiast. And what the Toyota Corolla says to everyone is that I buy my shoes from a chemist. 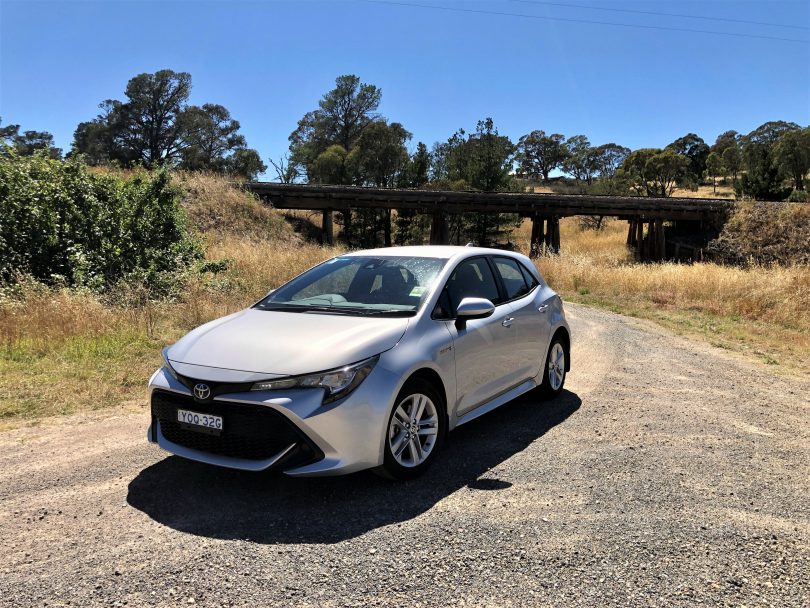 Corolla’s have been an Aussie favourite for decades.

That said, I’m also firmly of the opinion that a true car enthusiast will be able to find the pizzazz in any car. After all, anyone and everyone would love a Ferrari.

So to truly put the Corolla (and myself) to the test, I’ve taken it to the most boring place on earth – the road to Cooma.

To make matters even worse, this new Corolla is an automatic. I can’t even change gears myself. But it is a hybrid.

Toyota was the first car manufacturer to bring the petrol-electric hybrid to the masses with the 1997 Prius, and they’ve been perfecting and polishing it ever since. And it must be said, this Corolla is the smoothest car I’ve ever driven.

It starts just like any other car – foot on the brake, press the button – except that nothing else happens. The salesman assures me the car is actually working, so I nudge the right pedal and, sure enough, it moves, swiftly but silently. 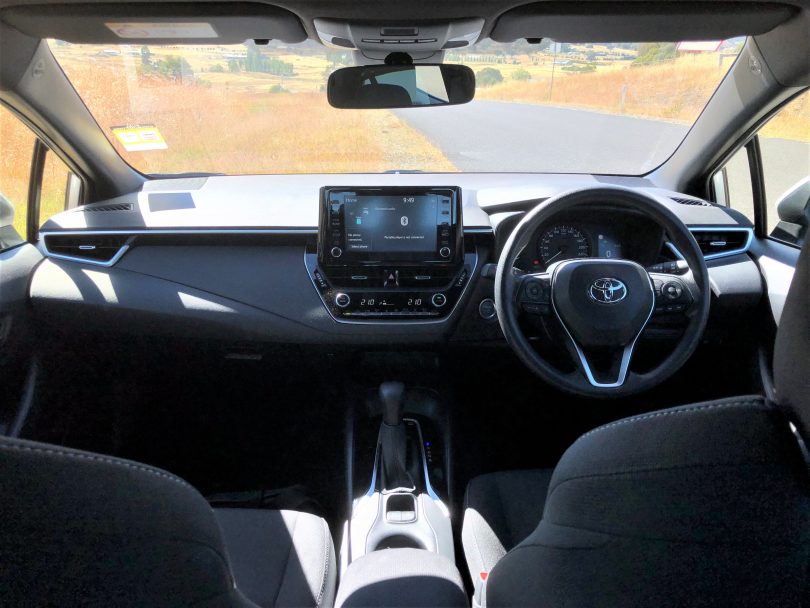 The Corolla does what it’s meant to do and does it without fuss. Or excitement.

And that’s how it stays really. The 1.8-litre petrol engine chips in once the speed builds, but try as I might, I couldn’t feel that either.

There’s a little animation on the centre touch-screen which shows where the power is going at all times. It’s a very addictive game actually, trying to get that green arrow pulsing towards the battery.

You never need to plug this car into anything bar the fuel pump, and even that – given the glacial rate at which the needle is moving – is infrequent.

The continuously variable transmission (CVT) helps here too. Where an ordinary automatic has defined gears, a CVT uses an arrangement of belts and cones. The belts slide up and down the cones depending on the revs, basically creating the perfect gear for any situation with no clunky shifts.

Okay, given I’ve spent 100-odd words talking about power distribution and gearboxes, you’re thinking I’m bored. And yes, despite all the brilliant electrickery, the Toyota Corolla remains an ordinary car. 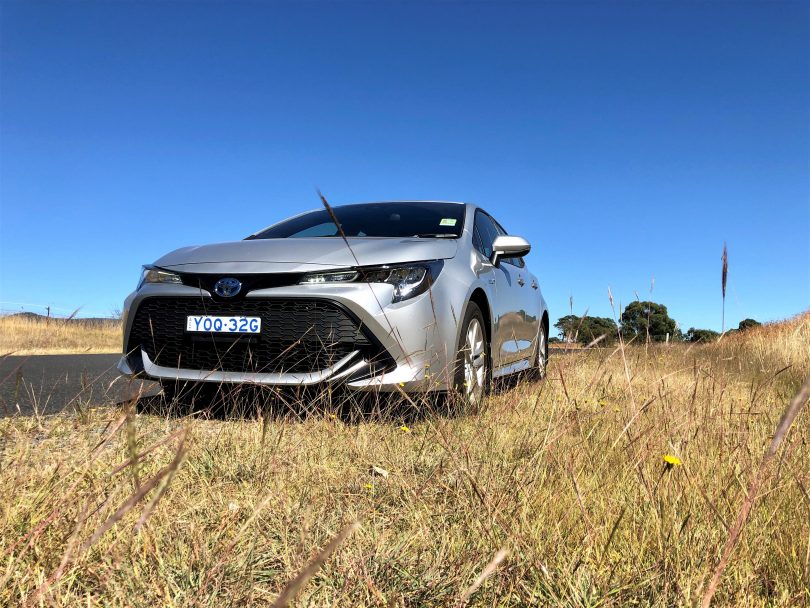 Built for the city, the hybrid Toyota is comfortable and assured on country roads.

I would say there are some gadgets to play with, but on a road like this one, adaptive cruise control and lane-keeping assistance don’t really help with the sleepiness.

So, and purely in your interests, I take back the reins and turn off the Monaro Highway into the idyllic Royalla Estate. On these windy country roads, the Corolla remains refined and comfortable.

It’s sprightly enough too. While the internal-combustion engine heaves all of its bits into action, the electricity is flowing from the time your right foot twitches. This makes it not only smoother off the line, but quicker too.

Sorry, now I’m distracted with how electricity works. Look, as a car, I cannot fault the Toyota Corolla. I may have never laughed out loud or even smiled really, but no one does that around the Great Wall of China either. It’s well-built and kept the rabbits out, and that’s reason enough to enjoy walking it. 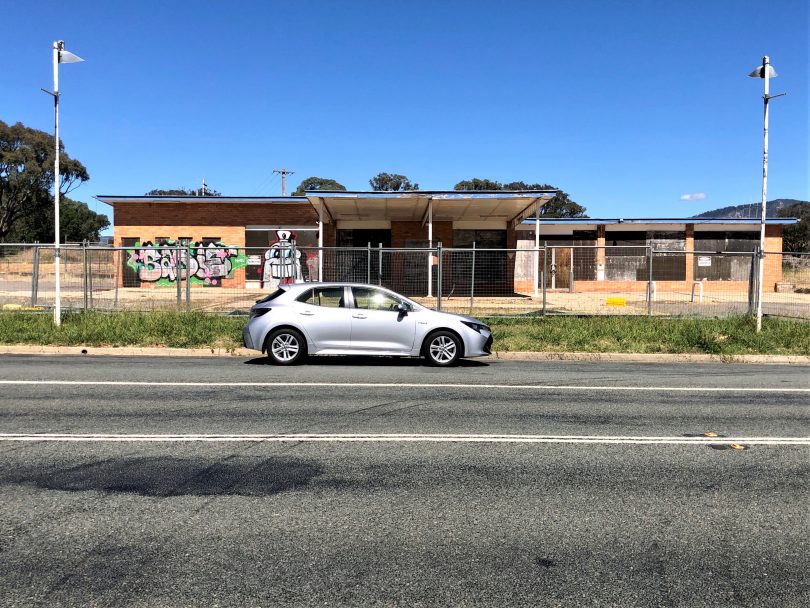 It’s not perfect … the boot could be bigger.

I learnt to drive in one and for a short period owned one (2 lifetimes ago). But a hard no from me.

Deborah Gale only the ones from the 80’s were good, they went forever

Debbie Baker They sure did. 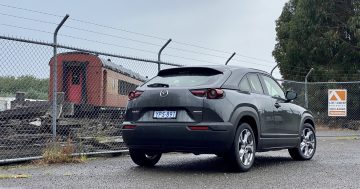 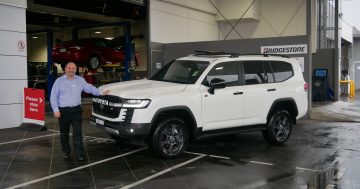